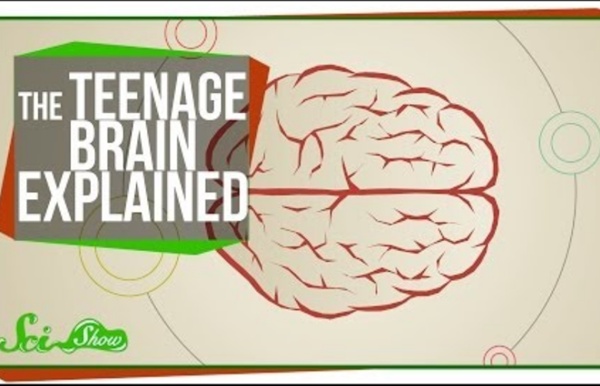 Understanding the Teen Brain “She’s a teenager, what do you expect?” Why do adults say things like that? Is there something wrong with teenagers? What exactly is going on in the teenage brain? Between puberty and adulthood, people change dramatically. During this time, children mature and develop their own identity.

The Growing Child: Adolescent 13 to 18 Years How much will my adolescent grow? The teenage years are also called adolescence. Adolescence is a time for growth spurts and puberty changes. Science News for Students It’s not easy being a teenager. The teen years can play out like a choose-your-own-adventure novel, where everyday temptations lead to tough decisions. What if I took that big jump on my bike? What’s the worst thing that could happen if I snuck out after curfew? Should I try smoking? The Study of Punishment in Psychology Punishment is a term used in operant conditioning to refer to any change that occurs after a behavior that reduces the likelihood that that behavior will occur again in the future. While positive and negative reinforcements are used to increase behaviors, punishment is focused on reducing or eliminating unwanted behaviors. Punishment is often mistakenly confused with negative reinforcement.

Choice Logic and emotion aren't the only forces that guide our decisions. This hour of Radiolab, we turn up the volume on the voices in our heads, and try to make sense of the babble. Forget free will, some important decisions could come down to a steaming cup of coffee. UPDATE: The Williams & Bargh Yale coffee study "Experiencing Physical Warmth Promotes Interpersonal Warmth" was replicated in 2014 by researchers at three different universities, Kenyon College, Michigan State University, and University of Manchester. They did not observe the same results as in the original study. They conclude that the difference between the original and the replications may have been due to some issues with the methods of the original study ("The effect observed by Williams and Bargh may have been due, in part, to unconscious cues given by the researcher") or may simply have been due to chance.

Operant Conditioning (Punishment and Reward theory) - Psychology What is Operant Conditioning? Operant conditioning is a method of learning that occurs through rewards and punishments for behaviour in other words it is a type of learning in which an individual’s behaviour is modified by its consequences (response the behaviour gets); the behaviour may change in form, frequency, or strength. This term was coined by B.F Skinner who believed that we do have such a thing as a mind, but that it is simply more productive to study observable behaviour rather than internal mental events. Classical vs Operant Conditioning Building Good Relationships and Rapport with your Teens One of the biggest struggles between parents and their teenage children is their ability to relate to one another. It can be difficult for the two parties to develop positive working relationships, simply due to the nature of teenage development and the process of parenting. However, parents can take the lead and make strides to develop a good relationship and strong, positive rapport with their teens, if they are willing to put in the work. Negative forms of communication erode relationships. If you want to develop a good relationship with your teen, the first thing that you must do is try to eliminate negative communication from your relationship.