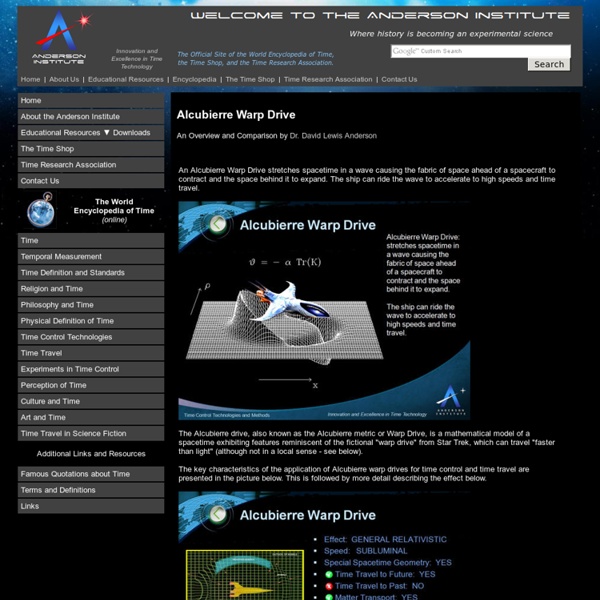 Breathingearth The LHC Disproves the Existence of Ghosts and the Paranormal In Brief Renowned physicist Brian Cox has claimed that the lack of any physical evidence being detected by the highly sensitive Large Hadron Collider disproves the existence of ghosts.Four in 10 Americans reportedly believe in ghosts, a figure that belies the lack of scientific evidence behind their existence. The LHC Looks like the Ghostbusters have some competition, and it’s renowned physicist and science communicator Brian Cox. But rather than bust some ghosts, it looks like he’s more in the business of destroying the idea of the paranormal entirely. He wasn’t just looking to spread some knowledge to the 4 in 10 Americans who believe in ghosts, though — he was sharing a simple conclusion he has reached by working with the Large Hadron Collider (LHC). The LHC is the largest and most powerful particle accelerator that humanity has ever built. No Evidence, No Ghosts Cox’s point relies heavily on the LHC’s ability to pick up the tiniest bursts of energy found in particle collisions.

Physical Reality of String Theory Demonstrated Posted on: Tuesday July 7, 2009. String theory has come under fire in recent years. Promises have been made that have not been lived up to. Euphoria ‘This is superb. Hot issue Electrons can form a special kind of state, a so-called quantum critical state, that plays a role in high-temperature super-conductivity. Theory of everything This is the first time that a calculation based on string theory has been published in Science, even though the theory is widely known. Quantum soup But now, Zaanen, together with his colleagues Cubrovic and Schalm, are trying to change this situation, by applying string theory to a phenomenon that physicists, including Zaanen, have for the past fifteen years been unable to explain: the quantum-critical state of electrons. Bridge Because of Zaanen's interest in string theory, he and string theoreticist Koenraad Schalm soon became acquainted after Schalm's arrival in Leiden. Puzzle After days and nights of hard grind, it was a puzzle that fitted. Gateway to more

Model of Solar System The LHC Just Discovered A New System of Five Particles A Unique Find The Large Hadron Collider (LHC), the latest addition to CERN’s accelerator complex, is the most powerful particle accelerator ever built. It features a 27 kilometer (16 mile) ring made of superconducting magnets and accelerating structures built to boost the energy of particles in the chamber. In the accelerator, two high-energy particle beams are forced to collide from opposite directions at speeds close to the speed of light. The energy densities that are created when these collisions occur cause ordinary matter to melt into its constituent parts—quarks and gluons. It is a project of massive, unparalleled proportions. More than 10,000 scientists and engineers are currently working together to help us learn about the fundamental properties of physics using the LHC. And today, a paper proved that these discoveries aren’t slowing down. Excitement Abounds Each of the five particles were found to be excited states of Omega-c-zero, a particle with three quarks.

Finding faster-than-light particles by weighing them In a new paper accepted by the journal Astroparticle Physics, Robert Ehrlich, a recently retired physicist from George Mason University, claims that the neutrino is very likely a tachyon or faster-than-light particle. There have been many such claims, the last being in 2011 when the "OPERA" experiment measured the speed of neutrinos and claimed they travelled a tiny amount faster than light. However, when their speed was measured again the original result was found to be in error – the result of a loose cable no less. Ehrlich's new claim of faster-than-light neutrinos is based on a much more sensitive method than measuring their speed, namely by finding their mass. Skeptics of tachyons often cite conflicts with relativity theory. Several decades after tachyons were first proposed, and after many fruitless searches for them, three theorists Chodos, Hauser, and Kostelecky suggested in 1985 that they might be hiding in plain sight – specifically that neutrinos are tachyons.

UK Researchers Using Charles Babbage Robot Head to Develop Emotional Machines "Charles, I think this is the beginning of a beautiful friendship," Peter Robinson says to the passenger sitting in the car next to him. The passenger is a robot head that Robinson, a professor of computer technology at Cambridge University in England, is using to explore the role of emotions in human-machine interaction. Can computers understand emotions? These are the questions that Robinson and his team at Cambridge's Computer Laboratory want to answer. When people talk to each other, they express their feelings through facial expressions, tone of voice, and body postures. So could we build better computers, robots, and other machines if they could understand and respond to these hidden signals? Robinson's team believe the answer is yes. Charles is a robotic head modeled on Charles Babbage. "The way that Charles and I can communicate," Robinson says in a short movie called "The Emotional Computer" [watch below], "shows us the future of how people will interact with machines."

Quantum mechanics - Wikipedia Description of physics at the atomic scale Wave functions of the electron in a hydrogen atom at different energy levels. Quantum mechanics cannot predict the exact location of a particle in space, only the probability of finding it at different locations.[1] The brighter areas represent a higher probability of finding the electron. Quantum mechanics is a fundamental theory in physics that provides a description of the physical properties of nature at the scale of atoms and subatomic particles.[2]: 1.1 It is the foundation of all quantum physics including quantum chemistry, quantum field theory, quantum technology, and quantum information science. Classical physics, the collection of theories that existed before the advent of quantum mechanics, describes many aspects of nature at an ordinary (macroscopic) scale, but is not sufficient for describing them at small (atomic and subatomic) scales. Overview and fundamental concepts Mathematical formulation . and represent the same physical system.

The Phenomenon Of Light Generation Through The Crushing Of Materials Is Called? Answer: Triboluminescence The word might sound rather scientific, and maybe a little alien in nature (“triboluminescence” does sound a whole lot like a problem the crew of the Enterprise might run into, after all), but it’s a down-to-Earth phenomenon you may have even experienced yourself. Triboluminescence is light created when crushing, tearing, or other mechanical action triggers the breakdown of chemical bonds in a material (or when peeling adhesive tapes). A popular classroom demonstration of this phenomenon, for example, is to give students rolls of Wint-O-Green Mint Lifesaver candies, enter a darkened room, and then have the students—much to their delight—throw tons of the candies into their mouths and chomp on them vigorously with their mouths open. Human fascination with the phenomenon isn’t thanks to recent scientific discovery, however. Image courtesy of H.

Better Nuclear Power Through Ping Pong The lab is deep-space quiet. A long, narrow hallway hung with fluorescent lights extends to my left. Four or five doors interrupt the flow of drywall. A few of those doors are open, the occupants of the rooms within now out in the hall and staring, ears plugged in anticipation. A technician flips a small lever to activate the vacuum pumps on an 18-foot cannon that is tented in bulletproof polycarbonate. Advertisement - Continue Reading Below The pumps chitter away, sucking air from the barrel. The cannon is a prop, really—something to get potential investors excited about the technology. Conventional reactors use designs that remain basically unchanged since the 1950s. That's the secret to breaking the sound barrier with a ping pong ball: If any air were left in front of the ball, it would crush the ball under the force of the acceleration. What does any of that have to do with ping pong? Two Types of Nuclear Reactions Slow U-235 is the enriched uranium isotope. Fast

'We Don't Planet' Episode 3: What's Up with Gravitational Lensing? The fundamental description of gravity under general relativity — that the presence of matter and energy deforms the fabric of space-time, and this deformation influences the motion of other objects — leads to a rather unexpected result: a massive object can act like a lens, magnifying and warping the images of background objects. This prediction was the first major test of general relativity, with Sir Arthur Eddington leading an expedition to measure the small (but detectable) deflection of starlight around our sun, and today this facet of our universe is used as a powerful cosmological probe. The challenge that gravitational lensing answers is the determination of mass at very large scales. We can even go one step further: by combining multiple lensed images in and around a massive object, we can probe the interior distribution of matter. "We Don’t Planet" is hosted by Ohio State University astrophysicist and COSI chief scientist Paul Sutterwith undergraduate student Anna Voelker.

Tesla's Tower of Power • Damn Interesting In 1905, a team of construction workers in the small village of Shoreham, New York labored to erect a truly extraordinary structure. Over a period of several years the men had managed to assemble the framework and wiring for the 187-foot-tall Wardenclyffe Tower, in spite of severe budget shortfalls and a few engineering snags. The project was overseen by its designer, the eccentric-yet-ingenious inventor Nikola Tesla (10 July 1856 – 7 January 1943). Atop his tower was perched a fifty-five ton dome of conductive metals, and beneath it stretched an iron root system that penetrated more than 300 feet into the Earth’s crust. Though it was far from completion, it was rumored to have been tested on several occasions, with spectacular, crowd-pleasing results. Tesla’s inventions had already changed the world on several occasions, most notably when he developed modern alternating current technology. In 1900, famed financier J.P.