How social media is affecting teens 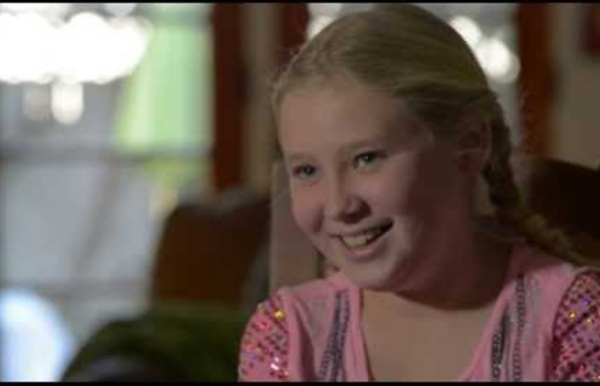 Future - Is social media bad for you? The evidence and the unknowns #LikeMinded A special series about social media and well-being This month, BBC Future is exploring social media’s impact on mental health and well-being – and seeking solutions for a happier, healthier experience on these platforms. Stay tuned for more stories, coming soon… Share your tips for a happy life on social media with the hashtag #LikeMinded on Facebook, Twitter and Instagram. This story is featured in BBC Future’s “Best of 2018” collection. The importance of teaching kids about LGBTQ history and culture Over the past decade, there’s been a plethora of books aimed at children on LGBTQ themes. Some of these books tell familiar romantic fairy tales with same-sex protagonists, while others provide basic education about kids who might be transgender. Author Gayle Pitman, however, is trying to create space for books that actually teach kids about LGBTQ history and culture.

5 Ways Social Media Affects Teen Mental Health It should come as no surprise that the pressure to be available 24/7 on social media is a very real challenge for today's teenagers. Aside from the fact that their grasp of and dependence on social media far exceeds that of many adults, they also are using social media at much greater rates too. In fact, a report by Common Sense Media found that 75 percent of American teenagers have social media profiles. Social media is a daily part of life for the vast majority of teens. A report by Common Sense found: 51 percent of teens visit social networking sites on a daily basisMore than a third of teens visit their main social networking site several times a day.1 in 4 teens is a heavy social media user, using at least two different types of social media each day.

What's the point of Snapchat and how does it work? You've probably heard about Snapchat. It's the popular mobile app that allows you to send videos and pictures, both of which will self destruct after a few seconds of a person viewing them. Snapchat is also a fun messaging app.

Lgbt Books LGBT is an initialism that stands for lesbian, gay, bisexual, and transgender. In use since the 1990s, the term is an adaptation of the initialism LGB, which was used to replace the term gay in reference to the LGBT community beginning in the mid-to-late 1980s. The initialism LGBT is intended to emphasize a diversity of sexuality and gender identity-based cultures. It may be used to refer to anyone who is non-heterosexual or non-cisgender, instead of exclusively to people who are lesbian, gay, bisexual, or transgender.

Social Media and the Teen Brain - How to Make it Work for Them - Teens and social media are a modern-day love story – mostly inseparable, and with plenty of ups, downs and drama. Social media is still relatively new, and there’s still a lot to learn. The more we can understand about social media and its effect on teens, the more we can help them manage it in ways that will enrich them and see them flourish into the happy, healthy adults they are all capable of being.

6 Types of Cyberbullying What Is Cyberbullying? When a young person uses the Internet or technology to harass, threaten, embarrass, or target another person, this person is called a cyberbully.1 Typically, cyberbullying involves tweens and teens; but it's not uncommon for adults to experience cyberbullying and public shaming as well. Compared to traditional bullying, the effects of cyberbullying are often more significant.

4 Practices to Promote Equity in the Classroom The United States is comprised of over 300 million individuals with unique cultures, identities, and backgrounds, and the population is only becoming more diverse over time. A recent Pew Research Center analysis of U.S. Census Bureau data, for example, determined that the “post-Millennial generation”—those born from 1997 to 2012—is “the most racially and ethnically diverse generation” in the country’s history. As this and other types of diversity have continued to increase in society today, the need for equity among people of different backgrounds has become equally relevant.

Impact of alcohol on the developing brain Alcohol affects two crucial parts of the brain which are vulnerable when a teenager is developing. This can result in irreversible brain changes that can impact decision making, personality, memory and learning. How does alcohol affect messages in the body? Ever played Chinese whispers? Well your brain does every day, getting messages from your nerve cells to your body. Social Media Platforms Most Liked by Teens Teens love to spend their time on the Internet because it is a place where they can start connecting with people and spark engaging conversations. The technology today has made it possible for teens to enhance their communication and express their opinions and feelings on a different outlet. The best place to be in is social media. People greatly value these exchanges, and staying connected with other people online has almost become mandatory to every teenager nowadays. Aside from using social media to talk to their friends and family, these channels are also means to pass school notes and assign academic tasks. So, what are the social channel platforms most liked by teenagers today?