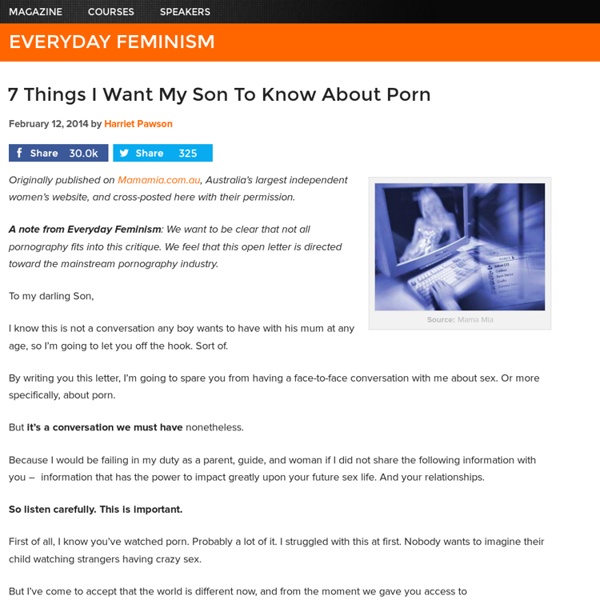 The World of CrossFit "CROSSFIT IS GOING TO transform your body. It's going to transform your life in ways you can't imagine." This wasn't a late-night infomercial. It was the ardent opinion of my former girlfriend. I had mentioned that I was thinking of trying CrossFit, and Becky, to my surprise, told me she was already a year into it, and that it had given her a "new lease on life" and a "whole new family." Then she directed me to YouTube videos that showed her busting out pullups by the dozen and sporting the strong, sinewy physique of a martial artist. THE APPEAL OF CROSSFIT—A CONDITIONING program that mixes Olympic weightlifting, powerlifting, calisthenics, gymnastics, sprints, plyometrics, and a few hard-to-categorize exercises like rope climbing—is that the workouts are short, intense, and constantly changing. And CrossFit is everywhere now. Like the CrossFit facilities I'd seen in videos, this one didn't look anything like a traditional gym. "Back to pushups! "How was the WOD?" "Awesome!"

Psychology of Color The Craziest Exercise Ever If you watched the CrossFit Games on ESPN2 or have ever visited a CrossFit gym, you’ve probably seen a kipping pullup. The move combines a hip drive, kick, and arm pull to build momentum that helps raise your chin over the bar. In short, it looks like a flailing mess—albeit an impressive one. We wondered: Is the kipping pullup just cheating? “I don’t consider kipping pullups cheating because I don’t even consider them a pullup,” says Men’s Health Power Training author Robert Dos Remedios, C.S.C.S., who we should mention is not affiliated with CrossFit. More from MensHealth.com: Inside the Cult of CrossFit Your standard dead-hang pullup uses your vertical pulling muscles, Dos Remedios explains. With a kipping pullup, though, you swing your body back, putting your torso at an angle to the bar instead of directly below it. Dos Remedios, for example, says he can do about 15 traditional pullups, but 30 kipping ones. So just how is that not cheating? But don’t write off the kip completely. 1. 2.

Psychology of Color II Scientists Find Area Of The Brain That Motivates Us To Exercise Scientists have discovered a tiny region of the brain that controls a mouse’s desire to run and join in on other rewarding activities. Called the dorsal medial habenula, the structure is similar in mice and men, and its ability to regulate mood and motivation should be the same across the two species. “Changes in physical activity and the inability to enjoy rewarding or pleasurable experiences are two hallmarks of major depression,” says Eric Turner of the Seattle Children’s Research Institute. “But the brain pathways responsible for exercise motivation have not been well understood.” Turner and colleagues turned to mice genetically engineered to block signals from the dorsal medial habenula. These mice also didn’t prefer sweetened drinking water over regular water. In another experiment, the team used light to precisely target the dorsal medial habenula: By turning one of two wheels with their paws, the mice could basically “choose” to activate this specific brain area.

7 Secrets of the Super Organized A few years ago, my life was a mess. So was my house, my desk, my mind. Then I learned, one by one, a few habits that got me completely organized. Am I perfect? So what’s the secret? Are these obvious principles? If your life is a mess, like mine was, I don’t recommend trying to get organized all in one shot. So here are the 7 habits: Reduce before organizing. If you take your closet full of 100 things and throw out all but the 10 things you love and use, now you don’t need a fancy closet organizer. How to reduce: take everything out of a closet or drawer or other container (including your schedule), clean it out, and only put back those items you truly love and really use on a regular basis. Write it down now, always.

Women at the snow: We're not just eye candy With female stars performing like Torah Bright, why aren't women given equal prominence in the snow media? I am proud of Australia's snow media. Our dedicated snow sports magazine production levels are high and content always interesting and entertaining, we have some of the best ski and snowboard photographers around and the new breed of filmers are achieving stunning footage and edits at home and abroad. There is, however, one thing missing, women. Grassroots ski and snowboard media in Australia does not represent the female third of the snowboard market and 40 per cent of the ski market. Clearly if you want to sell something to a woman then package it up in a vagina. A flick through the 130 pages of the impressive Australian New Zealand Snowboarding Magazine's current issue (from 100 per cent male editorial and photographic team) reveals a mere four images that feature women and each of those is from an advertiser and does not feature the woman actually snowboarding. Advertisement

Is quitting sugar dangerous? Is paleo eating extreme? Kate Leaver. By KATE LEAVER Eating clean isn’t about health anymore. It’s about discipline and shame. Celebrity-endorsed eating plans like Sarah Wilson’s “I Quit Sugar” series and Pete Evans’ “The Paleo Way” are not diets. They’re cult-like groups that thrive on a culture of fear around food rather than realistic wellbeing. At various times in my life, I’ve tried to cut out foods like Wilson and Evans recommend. Look, eating less sugar and fewer processed foods is a positive thing. Healthy, happy people do not obsess over the content of their next meal, and they do not naturally balance their self-worth on whether they can resist a cupcake or not. I’ve watched friends and former colleagues compete in a literal Hunger Games to be the cleanest, purest eaters. It makes me incredibly sad that we don’t speak about food with joy. I tried to quit sugar last year and I failed. Did you hear what I just said? Because we don’t even talk about ‘healthy’ and ‘unhealthy’. But it doesn’t just concern me.

Erin Molan quits Kiis FM after inappropriate and sexist questions during her sports segment Sports journalist Erin Molan is bombarded with inappropriate and sexist questions during her weekly sports chat with Kyle and Jackie O on Kiis FM. Courtesy: Kiis FM Richmond coach Damien Hardwick addresses the media after his side's 68-65 victory over the Sydney Swans. Is what is potentially the worst, and definitely most baffling call by and NRL referee this year, Matt Gillett was sin binned by Ben Cummins for apparently being offside, but we will let you be the judge of that one. Fremantle have nailed down a vital top four spot ahead of the AFL finals, resisting a late Port Adelaide fightback to win 105-97 at Paterson's Stadium. Heavy strikes were carried out in the center of Donetsk city on August 29 as pro-Russian separatists in control of the city traded fire with government forces. Sydney Swans coach John Longmire addresses the media following his side's 68-65 loss to Richmond. Erin Molan from Channel 9’s Footy Show. Footy Show presenter and journalist, Erin Molan. Kyle and Jackie O.

A Woman's Journey of Strength: How Lifting Changed My Life Forever Note from TG: Today I have a special weekend edition post from fitness & lifestyle coach, and writer, Neghar Fonooni. Neghar was someone I featured on my “go to” female resources last week and she’s also the wife of my good friend, John Romaniello, which basically makes them the fitness equivalent of Beyonce and Jay-Z. I don’t typically post on the weekend, but I felt this article deserved some special attention. It’s flippin fantastic! I’ve been lifting weights, seriously and consistently, for eight years. Let’s go back to 2006. But until those first few months post-partum, exercising for me had always consisted of running, yoga, and machines. Don’t get me wrong, running and cardio have their place in a well-balanced fitness regimen—especially if you participate in endurance sports. What I am saying is that all I was doing was running and yoga—to no avail. I didn’t feel as though I was in control of my body, and I felt weak and defeated. Muscles and Metabolism The Power of the PR

Why muscles make good medicine Muscle: important at every age. Photo: mauro grigollo If you still see exercise as an optional extra, not a health essential, science is finding more reasons to change your mind – including new research that suggests strong muscles are good medicine. One of the most compelling findings of recent years is that muscles are actually a huge secretory organ and when we exercise them they release hormone-like chemicals that have a major influence on every system of the body, says Rob Newton, Foundation Professor of Exercise and Sports Science at Western Australia’s Edith Cowan University. "Doing aerobic exercise and ignoring strength exercises is like remembering to change the oil in the car but ignoring the transmission fluid." The effects of these chemicals – called myokines - include reducing the low level inflammation in the body thought to contribute to heart disease, type 2 diabetes and Alzheimer’s – and possibly working as tumour suppressants. Advertisement

18 Reasons You're Not Losing Weight Despite your best efforts, are you confused about why you aren’t losing weight? Although I’ve referred to it as losing weight, the number on the scale is not important. What matters is what your tape measure says, and how your clothes fit. Here are 18 reasons why you may not be achieving the results you had hoped for: 1. You are eating too much fruit Although eating fruit as a snack is a much better option than reaching for a bag of crisps, the sugar in fruit (like all carbohydrates) gets broken down into glucose, and excess glucose in your body is stored as fat. Don’t let this stop you from consuming fruit; simply opt for fruits high in antioxidants, like berries. 2. Cardio is great for burning fat, but on its own it’s not enough. See my post about why women should start weight lifting on my blog. 3. We are all guilty of this; in modern society sleep is often overlooked, but it is essential to energise your body. 4. Yes, you read that correctly, and no, I haven’t lost my mind. 5. 6. 7. 8.