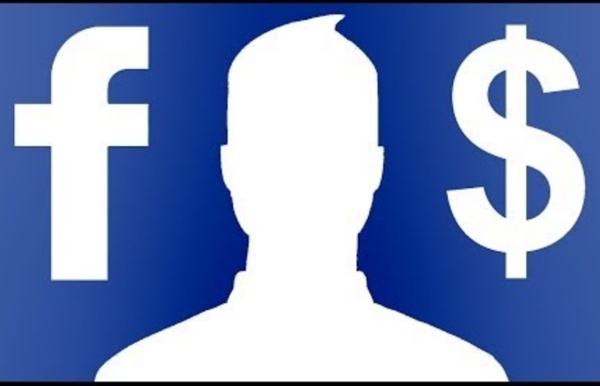 New Study: Internet Trolls Are Often Machiavellian Sadists In the past few years, the science of Internet trollology has made some strides. Last year, for instance, we learned that by hurling insults and inciting discord in online comment sections, so-called Internet "trolls" (who are frequently anonymous) have a polarizing effect on audiences, leading to politicization, rather than deeper understanding of scientific topics. That's bad, but it's nothing compared with what a new psychology paper has to say about the personalities of so-called trolls themselves. The research, conducted by Erin Buckels of the University of Manitoba and two colleagues, sought to directly investigate whether people who engage in trolling are characterized by personality traits that fall in the so-called "Dark Tetrad": Machiavellianism (willingness to manipulate and deceive others), narcissism (egotism and self-obsession), psychopathy (the lack of remorse and empathy), and sadism (pleasure in the suffering of others).

Moot is right — we’re a lot better off with online anonymity than we would be without it Online anonymity (or pseudonymity, which is similar but not quite the same) comes under fire regularly from those who believe that it encourages bad behavior such as bullying and racism, whether in blog comments or on Twitter, or in popular apps like Secret and Whisper. If only we could force everyone to use their real names, these critics argue, then discourse on the internet would become a virtual paradise of civility and camaraderie. In a recent blog post, entrepreneur and Y Combinator partner Sam Altman wrote about Secret, and how the app had degenerated quickly into a “Mean Girls-style burn book,” and argued that this was just another example of how online anonymity inevitably turns nasty. As he put it: “Anonymity breeds meanness — the Internet has proven this time and time again. People are willing to say nice or neutral things with their name attached — they need anonymity for mean things and things they are embarrassed about. Anonymity also helps foster creativity

Facebook's friend problem When I arrived at the University of Michigan in fall 2007, everybody said "Facebook me." In the following days, even a passing meeting guaranteed that a friend request would pop up the next time I logged on to Facebook. I felt popular and informed, at all times abreast of what my hallmates, friends, and peers were up to each day. Writing status updates, browsing photos from the previous night’s parties, and searching for girls who were also into Kurt Vonnegut became a daily pastime. The News Feed was the most addictive webpage I’d ever used, letting me people-watch with X-ray vision. My Facebook feed feels less relevant than it ever has Now that I’ve left college and settled in with far fewer friends, remnants of my past life float through my feed like ghosts in the night. In the real world, losing touch with people happens naturally and effortlessly, but on Facebook, unfriending is reserved only for breakups and acts of malice. The college age Sharing reality Best friends, for now

The Culture of Shut Up - Jon Lovett Too many debates about important issues degenerate into manufactured and misplaced outrage—and it's chilling free speech. Albert Gea/Reuter There once was a remote village deep in the rainforest that had no contact with the outside world. And in this small village there were only three village elders who had the ability to speak. So they were in charge. Now if you were one of the many villagers who didn’t have a way to speak, you just hoped that one of the three elders who could speak would make the argument you wanted to make. And even as the elders spoke with confidence and seriousness, it felt like they kept getting it wrong. Then one day you found this rock and you realized that you could use the rock to write on a leaf. But it turned out by the time we finally had this great way to communicate in our hands, we were already so angry and suspicious that the rock and leaf became a way to vent our frustrations not just as the elders but at each other. That’s an exaggeration, of course.

Google Launches Restricted Google+ Communities Google today launched a new Google+ feature that further makes sure private conversations remain private. Restricted communities, as the new feature is called, is an extra layer of security that ensures only users in a given organization can join. The feature lets organizations decide if their restricted community will be open to everyone at the company or limited to just employees who receive an invitation. Yet it goes further than administrators merely being able to set restricted communities as the default for the whole organization. Once a community is created, an employee can share files, videos, photos, and events from Google Drive. Google has long touted that Google+ is an “ideal tool” for groups who want to have social conversations without broadcasting their thoughts to the world.

CNN: Unlike - Why I'm leaving Facebook I used to be able to justify using Facebook as a cost of doing business. As a writer and sometime activist who needs to promote my books and articles and occasionally rally people to one cause or another, I found Facebook fast and convenient. Though I never really used it to socialize, I figured it was okay to let other people do that, and I benefited from their behavior. I can no longer justify this arrangement. Facebook is just such a technology. Facebook has never been merely a social platform. The true end users of Facebook are the marketers who want to reach and influence us. The information collected about you by Facebook through my Facebook page isn't even shared with me. Given that this was the foundation for Facebook's business plan from the start, perhaps more recent developments in the company's ever-evolving user agreement shouldn't have been so disheartening. Which brings me to Facebook's most recent shift, and the one that pushed me over the edge.

We're All Narcissists Now, And That's A Good Thing You open up your Facebook newsfeed to a deluge of engagement ring photos, political slap-fights, and--horror--your little cousin's selfies from the Justin Bieber concert. But your attempt to escape to Twitter is quickly thwarted by a litany of "Just woke up!" and "having breakfast #allaboutme" and "Got in the wrong line at the grocery store again!" These "public displays of life"--the posts, likes, and tweets that clutter your newsfeed and irritate you even as they stroke your fears of missing out--are part of our current zeitgeist. So it might surprise you to find out that the cyber-citizens of today genuinely care about their fellow human beings. To be sure, the critics' basic point stands: yes, as a culture, we seem to believe that it is vital to not only track, but post our personal actions on every possible social network. The quantified self movement can be, and has been, exploited for profit. To do that, they quantify us too, and we let them.

Anger Spreads Faster On Social Media Than Any Other Emotion The emotions you express in your social media missives--particularly anger and joy--could play a role in whether or not your network of friends subsequently send out messages with similar sentiments. In a recently published sentiment analysis study of 200,000 users of Weibo, a Twitter-like Chinese social media service, researchers at Beihang University in China found angry messages were more likely than other emotionally charged messages to spread quickly across your social network. According to Tech Review, "the results clearly show that anger is more influential than other emotions such as joy or sadness." Messages expressing joyful sentiments also showed correlation to influence friends to send similarly joyful messages, although to a lesser degree than angry messages. [Image: Flickr user FromSandToGlass]

Social Media is Hard: The 2013 Landscape of Social Networks in One Infographic 10 Private Social Networks for Discreet Interaction You're sick of all the mainstream social networks. The constant baby pictures, your oh-so-in-love couple friends, your creepy co-worker who Likes every single one of your photos. If you want to trim down your social networking, or if you would rather not friend your Aunt Josephine or your boss on Twitter and Facebook, consider switching to a more private network. These 10 private social networks ensure you always have a space to share photos, collaborate on a group project for work or school, or organize a carpool to this week's neighborhood softball game. 1. Everyme Image courtesy of Apple Like Google+, Everyme sorts your contacts into circles, allowing users to share content with one or more circles at a time. 2. 23Snaps For parents who can't resist the urge to post baby pictures, meet 23Snaps. 3. Like 23 Snaps, Notabli allows users to privately share photos and videos of their children with other family members, with the added benefits of audio, text messages and drawings. 4. 5. 6. 7. 8.

6 Core Principles to Tap the Power of Social Community Participation Gartner reports that many business and IT leaders fail at utilizing social media effectively because they do not understand mass collaboration. Many businesses use a “provide and pray” approach, expecting online community participation to just happen. It’s just one of the reasons why communities fail. What happens instead is that users have an initial interest and then lose that interest as they discover that the platform is too difficult to use collaboratively. Applying the six core design principles creates a better social media environment for meaningful collaboration and social community participation, Gartner says. 1. User and community participation is the driving force behind successful mass collaboration. The design becomes driven by this goal instead of making a social outlet where people can easily participate in the conversation and add meaningful content. 2. A purpose must be meaningful, identifiable and clearly defined for the target audience. 3. 4. 5. 6.

Social Envy - Study Finds Facebook Causes Depression And Isolation BERLIN - Social networks like Facebook make many things easier. You can find out right away if Alex got the job or not, and you can not only read about Marie’s vacation, but you can also see all those pictures of her on the beach, too. There’s also a downside to this. Researchers have conducted tests that show that people who spend a lot of time scrolling on Facebook are more socially isolated and more frequently depressed than those who do not. The question, of course, poses itself: are lonely people more drawn to social networks – or does constant surfing result in loneliness over time? While it wasn’t able to answer the question conclusively, a joint research study conducted by Berlin’s Humboldt University and the Darmstadt’s Technical University did however reveal that spending time on social networks could lead to negative feelings. The German researchers, led by Dr. The never-ending “envy spiral”