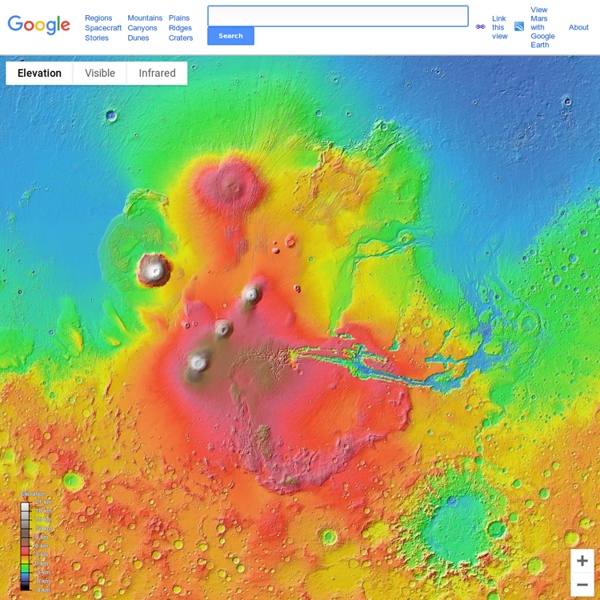 These Colorful Propaganda Maps Fueled 20th-Century Wars Maps often have hidden agendas, conveyed through subtle choices made by the cartographer. That is not the case for these maps. The maps—which are currently in an exhibition called “War Map” at the Map House in London—have very clear messages. USGS Scientific Investigations Map 3292: Geologic Map of Mars Abstract This global geologic map of Mars, which records the distribution of geologic units and landforms on the planet's surface through time, is based on unprecedented variety, quality, and quantity of remotely sensed data acquired since the Viking Orbiters. These data have provided morphologic, topographic, spectral, thermophysical, radar sounding, and other observations for integration, analysis, and interpretation in support of geologic mapping. In particular, the precise topographic mapping now available has enabled consistent morphologic portrayal of the surface for global mapping (whereas previously used visual-range image bases were less effective, because they combined morphologic and albedo information and, locally, atmospheric haze). Also, thermal infrared image bases used for this map tended to be less affected by atmospheric haze and thus are reliable for analysis of surface morphology and texture at even higher resolution than the topographic products.

If the Moon Were Only 1 Pixel - A tediously accurate map of the solar system Mercury Venus Earth Notebook As of July 2012, Google Notebook has shut down and all Notebook data should now be in Google Docs. As previously announced, in most cases we were able to automatically export the Notebook data, so please visit Google Docs. Also please update any bookmarks or links to Notebook so that they point to Docs instead. Here are answers to some questions about this transition.

No One Wants to Live in My 'Elysium'-Style Simulation Orbital Space Colony They will also be a pain in the ass to run. And I speak from experience on this because I briefly governed my own orbital colony. My time in command did not end well. Portolan Charts Intro - Bell Library: Maps and Mapmakers Where does that strange name come from? For starters, the word "portolan" derives from the word "portolani" which is translated into English as "pilots" or as "rutters." These texts list places, with distances and directions to reach them. Radar evidence of subglacial liquid water on Mars Abstract The presence of liquid water at the base of the martian polar caps has long been suspected but not observed. We surveyed the Planum Australe region using the MARSIS (Mars Advanced Radar for Subsurface and Ionosphere Sounding) instrument, a low-frequency radar on the Mars Express spacecraft. Radar profiles collected between May 2012 and December 2015 contain evidence of liquid water trapped below the ice of the South Polar Layered Deposits. Anomalously bright subsurface reflections are evident within a well-defined, 20-kilometer-wide zone centered at 193°E, 81°S, which is surrounded by much less reflective areas. Quantitative analysis of the radar signals shows that this bright feature has high relative dielectric permittivity (>15), matching that of water-bearing materials.

Magnifying the Universe Embed this infographic on your site! <iframe width="500" height="323" scrolling="no" src=" frameborder="0" allowfullscreen></iframe><br />Copyright 2012. <a href=" the Universe</a> by <a href=" Sleuth</a>. PowerMeter - Save Energy. Save Money. Make a Difference. We launched Google PowerMeter as a free energy monitoring tool to raise awareness about the importance of giving people access to their energy information. PowerMeter included key features like visualizations of your energy usage, the ability share information with others, and personalized recommendations to save energy. We partnered with device manufacturers and utilities around the world.