How do you define yourself? Lizzie Velasquez at TEDxAustinWomen 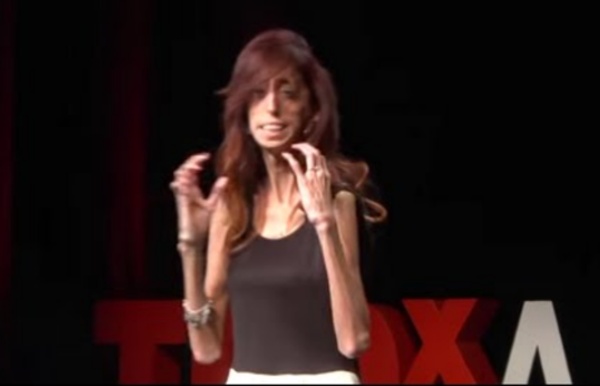 If at first you don’t succeed This EFL lesson plan is designed around a beautiful short film by Nuno Rocha called 3 X 3 and the themes of intelligence and persistence. Students describe a photo, watch a short film and speak about physical appearance, intelligence and persistence. I would ask all teachers who use Film English to consider buying my book Film in Action as the royalties which I receive from sales help to keep the website completely free. How Popular Music's Lyrics Perpetuate American Idiocy Claire Bernish (ANTIMEDIA) A recent study served to confirm the patently obvious: song lyrics for the most popular genres of music are ridiculously obtuse — and getting worse over time. Though this might not be a revelation, the figures are distressing indicators of both an intellectually vapid societal and cultural future as well as its apparent inevitability. If you’ve already moved away from Billboard music, congratulations, you refuse to be insulted. But if you haven’t, or if you’re concerned about pop culture trends acting as portents of systemic dysfunction, you should probably pay attention. Andrew Powell-Morse of SeatSmart studied the “Lyric Intelligence” of 225 Billboard songs in the Pop, Country, Hip-hop, and Rock genres that spent three or more weeks parked at the top of the charts to analyze any changes over the course of ten years.

All That We Share This ELT lesson plan is designed around a short video titled “All That We Share” by Danish TV channel TV2Danmark. In the lesson students talk about the communities they belong to, find out what they share with their classmates, read a transcript, watch and discuss a video about what a community shares. I would ask all teachers who use Film English to consider buying my book Film in Action as the royalties which I receive from sales help to keep the website completely free. Language level: Intermediate (B1) – Upper Intermediate (B2) Learner type: Teens and adults Time: 90 minutes

Forget Facebook, Abandon Instagram, Move To A Village By Diane Cole / npr.org In the parts of the world that we cover in our blog, many people live in villages. Villages have their problems, to be sure. There may not be a doctor or clinic nearby. Girls may not be able to go to school. Clean water might be a long walk away. Life Lessons From Richard Branson This transcript has been automatically generated and may not be 100% accurate. ... even among the small group of entrepreneurs and businessmen who achieved his level of success ... Why Do People Defend Unjust, Inept, and Corrupt Systems? By Science Daily / sciencedaily.com Why do we stick up for a system or institution we live in -- a government, company, or marriage -- even when anyone else can see it is failing miserably? Why do we resist change even when the system is corrupt or unjust? A new article in Current Directions in Psychological Science, a journal published by the Association for Psychological Science, illuminates the conditions under which we're motivated to defend the status quo -- a process called "system justification." System justification isn't the same as acquiescence, explains Aaron C.

Oprah Winfrey's Golden Globes speech: the full text The following is the full text of Oprah Winfrey’s speech as she accepted the Cecil B DeMille Award at Sunday’s Golden Globe Awards: In 1964, I was a little girl sitting on the linoleum floor of my mother’s house in Milwaukee watching Anne Bancroft present the Oscar for Best Actor at the 36th Academy Awards. She opened the envelope, and said five words that literally made history: “The winner is Sidney Poitier.” Up to the stage came the most elegant man I had ever seen. I remember his tie was white and, of course, his skin was black. And I’d never seen a black man being celebrated like that.

We'd Have Revolution If People Understood This Martin Luther King, Jr. was working towards a guaranteed basic income for all when he was killed. Wealth inequality, neoliberalism, the actions of the Federal Reserve, along with the greed and theft of the global elite have made the call for a guaranteed basic income for all even more urgent in 2014 than in the 1960s. David DeGraw, interviewed here by Dennis Trainor, Jr. of Acronym TV claims the alternative is a violent revolution. In his new book, The Economics of Revolution, DeGraw writes: “Having that much wealth consolidated within a mere 1% of the population, while a record number of people toil in poverty and debt, is a crime against humanity. Tone and Mood in Poetry: OCD by Neil Hilborn Let’s be honest about poetry…students find it boring… groans can be heard near and far when I introduce the unit.. “Uggggggghhhhhh – poetry!? FY FAN! WHY BRIANNE?!

Homeless have no hope as city prospers A homeless person lies bundled on a park bench in the Fitzroy Gardens, East Melbourne, as a freezing fog began to lift. Photo: John Donegan Twenty-five years ago we hoped we'd end homelessness by now. Yet today we appear overwhelmed by the task, poleaxed by setbacks and enervation. Welfare services around the nation are overloaded and threadbare. Emergency accommodation is almost impossible to obtain and public housing stock has reduced to the point of tokenism. Woman Undergoes Bizarre Body Changes In Short Film Barbara is a passionate writer and animal lover who has been professionally blogging for over 10 years and counting. While Anna is preparing for a first date with Henry, a man she has secretly loved for years, everything goes wrong until she discovers the impossible — she’s suddenly able to sculpt her appearance like clay to any shape she desires. Written and directed by Sandy Widyanata,”Plastic” is a popular short film that was released in 2008. It delves into the issue of women’s body image issues and the power of self acceptance. Watching Anna manipulate her face and body in her bathroom — pulling at her nose until it reaches the perfect point, stretching her neck like a giraffe until it’s long and thin — is bizarre, comical and even creepy at times. The more Anna changes her appearance, the more invigorated she feels.

Dark side of the boom: Half of Sydney says housing is 'not at all' affordable Younger respondents were more pessimistic about the cost of housing in Sydney. Photo: Supplied Sydney's anxiety about soaring property prices has been exposed with the proportion rating the city's housing as "not at all affordable" double the national average. Fresh evidence of the city's disquiet over the cost of housing comes as the share of first home borrowers in NSW slumped to the second-lowest mark on record – just 6.5 per cent. Meanwhile the share of investors borrowing for housing in NSW hit an all-time high of 61.8 per cent in April. Beloved teen Sam Berns dies at 17 after suffering from rare disease Saturday night could have been a moment for Sam Berns to celebrate -- standing in the middle of Gillette Stadium, flanked by some of his beloved New England Patriots, and no doubt cheered heartily by the nearly 70,000 fans surrounding him. But it wasn't to be. Instead of having Berns as an honorary captain in their NFL playoff with the Indianapolis Colts, the Patriots held a moment of silence for the young man who inspired them and many others as he lived with progeria, which causes premature, accelerated aging. "Do it for Sammy!" one man yelled, piercing the quiet, in video of the ceremony on Boston.com. Berns died Friday evening due to complications from the rare genetic disease, according to the Progeria Research Foundation.