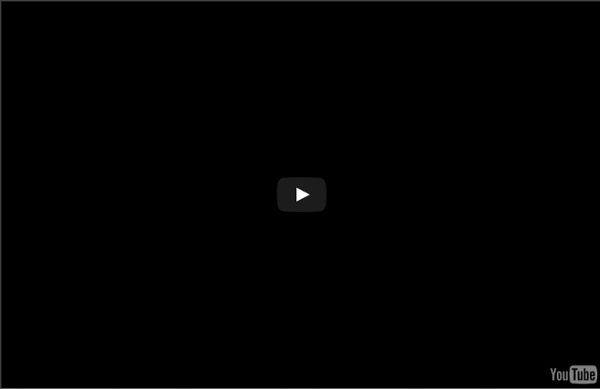 Le Subjonctif en Français Back to Verb Buster Index Formation: The subjunctive tense in French is formed in the following way: To form the STEM, take the "ils" form of the Present Tense and take off the "ent". je -e tu -es il -e nous -ions vous -iez ils -ent The three regular verb patterns thus look like this in the subjunctive: Note that the NOUS and VOUS forms are almost always the same as they are in the Imperfect, with the exception of a few irregular verbs. As you would expect, there are a number of irregular verbs. The following verbs follow the pattern given above, but are irregular in that they revert to the IMPERFECT in the NOUS and VOUS forms. Uses of the Subjunctive: The subjunctive is used in a number of circumstances, and is usually dependent on QUE. 1. être content que, être désolé que, être triste que, c'est dommage que, préférer que, aimer que, être heureux que, être surpris que, regretter que 2. vouloir que, souhaiter que, désirer que, demander que, exiger que, désirer que 3. 4. 5. sans que, à moins que ... 6.

Increase in interest in game-based language learning and teaching By grahamstanley This week, the ‘Teaching and Language Learning through Gamification‘ TESOL EVO session comes to an end. It’s been an enjoyable 5 weeks, with some great live sessions from special guest speakers and lots of sharing of ideas and enthusiasm in the Moodle forums. The TLLG Moodle won’t be around for long, but the highlights of the course will be archived on a wiki, , which we also hope will be a place that people can share links to lesson plans for online games they have used. During the EVO session, there also seems to have been evidence of an increased interest in games for language learning and teaching. Leo Selivan shared his experience using Spent with a group of upper-intermediate learners, who were enthusiastic about the game and found it useful. So, lots to read and think about there – and it’s only February.

OER Commons A new view of DNA While it’s clear that DNA sequencing has been an indispensable tool in understanding any number of biological processes, new research from Harvard suggests that how DNA is packed into cells may be at least as important as the biological coding it contains. A new imaging technique, developed by Erez Lieberman Aiden, a Junior Fellow of the Society of Fellows, working with Nynke van Berkum, Louise Williams, and a team of researchers from the Broad Institute of Harvard and MIT and the University of Massachusetts Medical School, is giving scientists their first three-dimensional view of the human genome, one that is already shedding new light on a number of what Aiden calls the “central mysteries of biology.” Aiden’s work was recognized recently with the GE & Science Prize for Young Life Scientists. “We don’t have perfect pictures yet,” Aiden said, “only blurry ones; but that’s much better than no picture at all.”

Welcome to My Resource Cloud GoClass - Create and Deliver Lessons on iPads Last week I wrote about NearPod which is an iPad application for creating and delivering quizzes to students. This morning, through David Kapuler, I learned about a similar free iPad application called GoClass. GoClass is a free iPad application for creating short lessons and delivering them to your students. The lessons can include annotated images, free hand sketches, text, and video. Applications for EducationGoClass is a promising iPad app for teachers who are working in 1:1 iPad environments. Oppia: Google's New Learning Tool By Anne Collier Google+ @annecollier This may be the next step beyond tutorials on YouTube, MOOCs (massively open online courses), Google Play for Education and YouTube EDU. It may even be signaling the next step for education. It’s called “Oppia,” and it’s a learning teaching tool. It helps teachers customize what they’re teaching, student by student – by asking the individual learner questions and, “based on how the learner responds to those questions, the teacher decides how to proceed, which questions to ask, how to give feedback and so on,” TechCrunch reports. Smart Feedback It’s part of the shift (I hope) we’re seeing away from mass-production education, as it helps tailor the subject to the learner rather than the other way around. Open Source Community Connected Learning Any step closer to fully engaging digitally adept students and syncing formal education up with all the informal learning they’re doing online, outside of school, is an important step. Related links

The 99 Best Economics Resources Essential resources for IB Economics The IB Course Companion is written specifically for this course. It is very readable and easy to understand. IB Economics Websites Welker’s Wikinomics – A website created by an IB economics teacher containing useful IB lecture notes as well as a blogTutor2U – A resource for AS, A2 and IB economics revisionBiz/ed – A general resource for learning economics, listed by topic.Essentials of Economics – Summaries, online quizes and case studies relating to the textbook “Essentials of Economics”Economic Policy Debate – Is a place for online debates regarding current controversial ideas in economics. Videos Khan academy has produced some great videos on Microeconomics, Macroeconomics, and current issues in Econ Highly recommended Some really good video lessons from EconClassroom.comPaj Holden’s YouTube page is also full of great IB Econ-specific videosEcon Stories – A funny rap video showing the different economic philosophies of Keynes and Hayek Podcasts

9 Great iPad Apps for Teachers We are back to you with another awesome list of some iPad apps we have meticulously handpicked for you. Just keep in mind that the apps listed below are new apps that are featured for the first time here in Educational Technology and Mobile Learning, just in case some of you wonder why great apps like Dropbox, Evernote and several others have not been included. We have already reviewed those apps and you can access them Here. The commonality between all of these apps is that they were designed with teachers in mind. Here is the list of apps together with some descriptive lines taken from their official pages on iTunes. 1- The Elements : A Visual Exploration " A Visual Exploration lets you experience the beauty and fascination of the building blocks of our universe in a way you've never seen before 2- Teacher Assistant : Tracking Student Behavior " Teacher's Assistant Lite allows teachers to keep track of student actions, behavior, infractions, and achievements in the classroom.

100 Incredibly Useful YouTube Channels for Teachers | Online College Courses YouTube has earned a reputation for featuring brain cell-slaughtering fare such as the truly abysmal Fred and playing host to the some of the most depressingly stupid comments this side of Yahoo! News. But for every participant liberally dishing out misspelled racist, sexist and homophobic talking points, there is at least one whose channel genuinely offers something provocative and educational. For teachers hoping to infuse multimedia into their classrooms, YouTube makes for an excellent starting point. Plenty of universities, nonprofits, organizations, museums and more post videos for the cause of education both in and out of schools. The following list compiles some of the ones most worthy of attention, as they feature plenty of solid content appealing to their respective audiences and actively try to make viewers smarter. Multidisciplinary and General Education Physical Sciences, Mathematics and Technology Social Sciences, History and World Issues Visual, Performing and Liberal Arts