5 Minutes Of What The Media Actually Does To Women 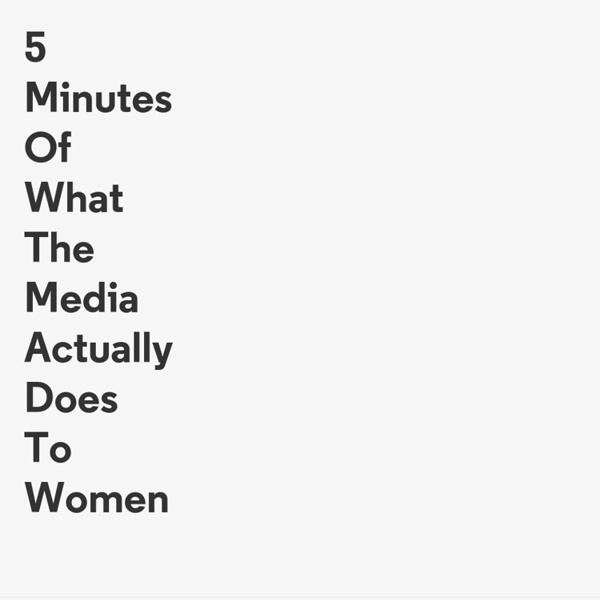 Sometimes people say to me, "You've been talking about this for 40 years. Have things gotten any better?" And actually I have to say, really they've gotten worse. Ads sell more than products. They sell values. They sell images.

Samsung Galaxy Ace II x explodes causing bedroom fire - Toronto Hope Casserly will never forget the night of Oct. 22 when she was awakened at around 1:30 a.m. by a loud popping sound. She says she is still stunned by what happened next. "My back was to the phone and ah — I saw a light going across my shoulder, which would be the inside of the battery on fire. It hit the wall and fell onto my bed," she said.

Senators oppose 'clunky, pedestrian' gender-neutral changes to O Canada Some members of the Senate are determined to stop Parliament from changing the words of the national anthem, with one senator deriding the late Liberal MP Mauril Bélanger's proposed amendments to O Canada as "clunky, leaden and pedestrian." Liberal Senator Joan Fraser, a self-described "ardent feminist," said the new phrasing is both grammatically incorrect and a misguided attempt to make the song reflect "today's values." "It's a fine example of what happens when you let politicians meddle," she said of Bill C-210 to amend the National Anthem Act.

Egyptian mummy's coffin opened by U.S. scientists for conservation work Once the lid was off the wood coffin holding the 2,500-year-old mummified remains of a 14-year-old Egyptian boy, scientist J.P. Brown could relax. The conservator at Chicago's Field Museum and three other scientists had just used clamps and pieces of metal to create a cradle to lift the fragile lid. Wearing blue surgical gloves, they slowly lifted the contraption containing the coffin lid and carefully walked it to a table in a humidity-controlled lab at the museum.

"Beauty and the Beast" is not a feminist movie, despite what Emma Watson says — Quartz In a national culture newly aware of micro-aggressions and offensive speech, what you say can easily strike the wrong tone. One increasingly common solution among US book publishers: Hire someone to be offended for you. “Sensitivity readers,” starting at a small fee of $250 a manuscript, read unpublished works and ask, “Would my community find this disrespectful? Does this sound authentic?” In January 2015, children’s book author Emily Jenkins and illustrator Sophie Blackall published A Fine Dessert, a picture book depicting four generations of American families making blackberry fool.

E-cigarettes surpass regular smoking by U.S. teens, survey finds - Health Electronic cigarettes have surpassed traditional smoking in popularity among teens, the U.S. government's annual drug use survey finds. Even as tobacco smoking by teens dropped to new lows, the use of e-cigarettes reached levels that surprised researchers. The findings marked the survey's first attempt to measure the use of e-cigarettes by people that young. Nearly 9 per cent of eighth-graders said they'd used an e-cigarette in the previous month, while just 4 per cent reported smoking a traditional cigarette, said the report being released Tuesday by the National Institutes of Health. Use increased with age: Some 16 per cent of 10th-graders had tried an e-cigarette in the past month, and 17 per cent of high school seniors.

Sex redefined Illustration by Jonny Wan As a clinical geneticist, Paul James is accustomed to discussing some of the most delicate issues with his patients. But in early 2010, he found himself having a particularly awkward conversation about sex. Nevada Bill Proposes Driver's License Suspension For Low-Performing Students Lawmakers in Nevada considered a bill on Monday that would allow the state to suspend a student's driver's license for poor academic performance. Clark County School Board proposed Assembly Bill 64 to the Assembly Education Committee as a way to boost their district's low graduation rate -- a meager 63.8 percent, according to a Las Vegas Sun article. Enforcing school attendance and academic performance by withholding a student's driver's license is not a new idea. Twenty-seven states have laws in place that allow a student's driving privileges to be suspended due to poor behavior at school.

This UK Retailer’s Gender-Neutral Kids Clothing Is Driving the Internet Wild UK retailer John Lewis has introduced gender-neutral labels for their children’s wear collections, and the controversial decision has divided public opinion. Instead of “Boys” or “Girls,” labels on children’s wear will now read ‘Girls & Boys” or “Boys & Girls,” as the store makes a move away from gendered clothing. One particularly controversial point seems to be that girls are modelling clothes from the line with dinosaur prints on them. Believe it or not, this is the best time to be alive Tim Graham/Getty Images By almost every objective measure, 2014 was the safest, healthiest, happiest year in human history. But you probably refuse to believe that, don’t you? And that is actually a problem. First, the world has never been more peaceful.

Childrenswear Goes Genderless At John Lewis JOHN LEWIS has become the first major UK store to remove boy’s and girl’s labels from children’s clothing in a bid to reduce “gender stereotypes”. New labels say, “Girls & Boys” or “Boys & Girls” and will be put on all own-brand garments from newborns to age 14. A line of “gender neutral” pieces is also being introduced and gendered signs removed from the department store’s childrenswear sections. On the store’s pro-choice decision, Caroline Bettis, head of childrenswear at John Lewis, said: “We do not want to reinforce gender stereotypes within our John Lewis collections and instead want to provide greater choice and variety to our customers, so that the parent or child can choose what they would like to wear.” Who Is Paula Nickolds, John Lewis's First Female MD? Reaction to the move has been divisive.

The Top 14 Student Activism Stories of The Year Share A core mission of StudentNation is to highlight the frequent but often overlooked instances of student and youth engagement with critical political, economic and cultural questions. This round-up below offers an incomplete but illustrative survey of the scope and breadth of student activism currently. Student Protests in Europe and Canada In England, France, Canada and Italy, students took to the streets this past fall protesting tuition hikes and cuts to social programs. Though the protests received modest coverage in major US media outlets, columnists on the other side of the pond have been debating a new generation’s rise into political consciousness.