Types and Causes of Stress 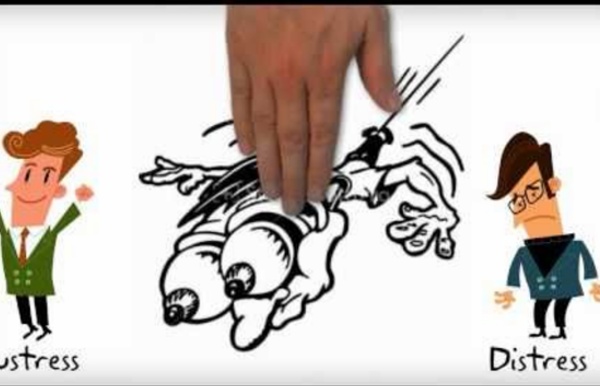 Singapore is 2nd-worst globally for workplace diversity; 1 in 4 workers bullied: Poll, Business News SINGAPORE - Singapore is the second-worst performing country in terms of workplace diversity and inclusion (D&I) practices, based on a poll of employees in 14 developed countries by Kantar, a data, insights and consulting firm. Meanwhile, Singtel is the only company from the city-state to make the global top 100 in a separate D&I index by Refinitiv. Almost a quarter (24 per cent) of Singapore workers said they have been bullied in the workplace in the past year, which is among the highest levels in the world, according to Kantar's survey findings, which were released on Tuesday (Sept 17). Singapore employees are also the most likely to be made to "feel uncomfortable" (32 per cent) by their employers, compared with those in other countries polled.

How to Cope With Anxiety and Depression "It's a cycle," says Sally R. Connolly, LCSW, a therapist at Couples Counseling of Louisville in Kentucky. "When you get anxious, you tend to have this pervasive thinking about some worry or some problem and you feel bad about it. 10 Stress-Related Health Problems That You Can Fix Jay Winner, MD, author, Take the Stress out of Your Life; founder and director, Stress Management Program, Sansum Clinic, Santa Barbara, Calif. American Diabetes Association. American Heart Association. Blumenthal, J.

A whopping 92% of working Singaporeans are stressed – and women are prioritising families over themselves, study finds, Business Insider - Business Insider Singapore Pexels If you’re feeling stressed at work, you’re not alone. A vast majority of working Singaporeans are under stress, and women in particular feel that it’s less manageable, a survey has found. In the 2019 Cigna 360 Well-Being Survey, a whopping 92 per cent of working Singaporeans report feeling stressed, higher than the global average of 84 per cent. Depression and Anxiety: Symptoms, Self-Help Test, Treatment, and Depression and anxiety can occur at the same time. In fact, it’s been estimated that 45 percent of people with one mental health condition meet the criteria for two or more disorders. One study found that of people with either anxiety or depression have the other condition. Although each condition has its own causes, they may share similar symptoms and treatments.

Illnesses Caused by Stress Elevated stress levels can even raise your blood cholesterol. That is why it is important to check blood pressure regularly. If your blood pressure is elevated, see your doctor to find out why. If it is due to stress, take steps to deal with the underlying causes. Rates of Employee Burnout in Singapore Among the Highest in the World A survey released by Cigna in March 2019, shows that Singaporeans are among the most stressed at work globally, with almost one in eight considering their stress unmanageable. In Singapore, work is a leading cause of rising stress levels, especially with the ‘always on’ corporate culture, particularly among women, the study suggests. Another study revealed that on average, Singaporeans work 23% longer than the average 48 hours work week. What is corporate burnout, and why employers should put more attention and resources to their employee benefits in Singapore to prevent and fight the work-related stress among their employees? What is, and what causes employee burnout? In May 2019, the WHO officially started to recognize burnout as an occupational phenomenon which may require care.

Psychological Stress: Symptoms, Causes, Treatment & Diagnosis Stress. It’s a four-letter word that many of us dread. Whether it’s a tense interaction with a boss or pressure from friends and family, we all face stressful situations from time to time. Singapore Spends $3.1 billion on Stress-related Illnesses Annually SINGAPORE - A study has found that Singapore spends about US$2.3 billion (S$3.1 billion), or 18 per cent, of its total healthcare expenditure on stress-related illnesses annually. This put the nation's proportion of expenditure on stress-related illnesses second-highest out of the nine regions studied in the report, coming just 0.8 per cent behind Australia's 18.8 per cent. The other seven regions were Hong Kong, South Korea, Taiwan, Thailand, United Arab Emirates, the United Kingdom and the United States. The report, which was produced by healthcare consultancy firm Asia Care Group on behalf of health insurance and services company Cigna, was published on Thursday (Nov 21). Globally, 84 per cent of people surveyed in past studies admitted to feeling stressed, said Cigna's regional chief executive officer Julian Mengual, while 64 per cent reported that they operated in an "always on" environment.