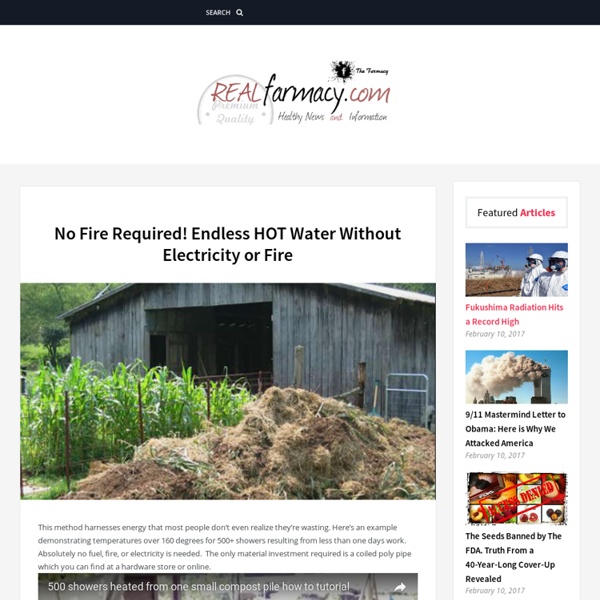 Gorgeous Energy-Absorbing Trap Light Never Needs to be Plugged In The AI Threat Isn't Skynet. It's the End of the Middle Class In February 1975, a group of geneticists gathered in a tiny town on the central coast of California to decide if their work would bring about the end of the world. These researchers were just beginning to explore the science of genetic engineering, manipulating DNA to create organisms that didn’t exist in nature, and they were unsure how these techniques would affect the health of the planet and its people. So, they descended on a coastal retreat called Asilomar, a name that became synonymous with the guidelines they laid down at this meeting—a strict ethical framework meant to ensure that biotechnology didn’t unleash the apocalypse. Forty-two years on, another group of scientists gathered at Asilomar to consider a similar problem. The rise of driverless cars and trucks is just a start. At a time when the Trump administration is promising to make America great again by restoring old-school manufacturing jobs, AI researchers aren’t taking him too seriously. Rage Against the Machines

What is Geothermal? - Geothermal Resources Council Home > What is Geothermal? > Why Geothermal Geothermal Energy is heat (thermal) derived from the earth (geo) It is the thermal energy contained in the rock and fluid (that fills the fractures and pores within the rock) in the earth's crust. Calculations show that the earth, originating from a completely molten state, would have cooled and become completely solid many thousands of years ago without an energy input in addition to that of the sun. In most areas, this heat reaches the surface in a very diffuse state. The uses to which these resources are applied are also influenced by temperature. Geothermal Power Plants Geothermal power plants use hydrothermal resources that have two common ingredients: water (hydro) and heat (thermal). There are three basic types of geothermal power plants: Dry steam plants use steam piped directly from a geothermal reservoir to turn the generator turbines. Energy 101: Geothermal Heat Pumps (Video: DOE) Videos Note: For more information, see Contacts and Links

Batteries - Lowimpact.orgLow impact living info, training, products & services What are they? They are units containing various combinations of metals and chemicals, between which occur reversible chemical reactions to store and then provide electrical power. Some of the metals and chemicals can be quite nasty and toxic (e.g. cadmium). A single 2-volt, lead-acid traction cell, as used in forklifts (a 24-volt forklift would use 12 of these, and a 48-volt forklift, 24). Although other chemical reactions can provide more electricity, the lead-acid battery is proving to be the most successful, because of its affordability, availability, and the fact that it is so robust. In a discharge situation (when giving out energy), elements of the electrolyte react chemically with elements of the plates to release energy in the form of electrons. Testing the specific gravity of the electrolyte in a cell with a hydrometer. Alessandro Volta (who gave his name to the volt) invented the first electric battery in 1800. There are 3 kinds of lead-acid battery: What are the benefits?

Growing Your Own Ginger Indoors (and Turmeric Too!) – REALfarmacy.com by MEREDITH SKYER Ginger is the perfect herb to grow indoors. It’s very low-maintenance, loves partial sunlight, and you can use parts of it at a time, leaving the rest in the soil to continue growing. Besides, it’s delicious! Really, what’s not to love about year round vegetable gardening, especially when it comes to growing ginger inside? Ginger takes 10 months to mature and it doesn’t tolerate frost. Ginger is one of those miraculous plants that grows well in partial to full shade, which makes it ideal for growing in your home, where most people don’t have full sun pouring on their windows all day long. Little bits of the ginger root can be removed while it continues to grow. The best ginger to plant is purchased from a garden center or seed catalog. Ginger purchased from the produce department of your local grocery store can be used to grow a plant, but with spotty results. Grocery store ginger also could be coated in pesticides and fungicides. 1. 2. 3. 4. 5. 6. Share: Comments comments

A pedal powered washing machine - Homestead Notes You need an old washing machine drum and an old bicycle gears. Looks like he built a seat on a frame that attaches to the washing machine drum. Think about building a washing machine like this, a way to wash clothes off grid. NASA sent one identical twin brother to space for a year and studied how it changed him — here are the first results Astronaut Scott Kelly (R) stands alongside his identical twin brother Mark on January 19, 2015. NASA Last March, NASA astronaut Scott Kelly returned to Earth after spending nearly one year in space. Scott and Mark made perfect subjects for this experiment because they have the same DNA. Scientists already know that living in a weightless environment for six months or less can have negative effects on the human body, like stretching your spine, shrinking your muscles, or messing up your sleep cycle. The results from NASA's Twin Study, which were first released at the end of January, can be used to prepare for future deep-space missions. Researchers are still combing through the data after taking biological samples from each twin before, during, and after Scott's space mission. Scott's telomeres got longer, then shrunk back to normal.