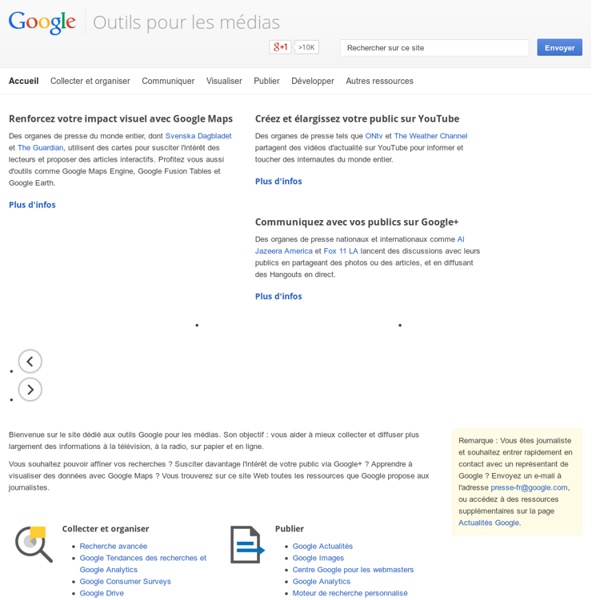 HTML5 This Version: Latest Published Version: Latest Version of HTML: Twitter Search, Monitoring, & Analytics With iOS 9, Search lets you look for content from the web, your contacts, apps, nearby places, and more. Powered by Siri, Search offers suggestions and updates results as you type. There are two ways to use Search on your iOS device.

Syria: The shaping of a nation, then and now In the early 20th century, Syria was part of a region redrawn by outside forces. Today the 3-year-old uprising against the government of President Bashar al-Assad is generating the outlines of zones of control that could result in the partitioning of the country. The modern map of the Middle East was created by Europeans less than a century ago. Today, the conflict in Syria is calling into question the viability of those borders, which were frequently drawn with little regard for local communities.

Getting started in data journalism: the first steps in a story Data journalism can be a daunting task for some, so Steve Doig, professor of journalism at the University of Arizona, ran through the first steps for delegates at the International Journalism Festival yesterday. Finding story ideas Data is everywhere now, he said, and most social issues or human interest stories will have some data tied to it somewhere. Chris Milk, Spike Jonze, and VICE News Bring the First-Ever Virtual Reality Newscast to Sundance What if, instead of watching a news broadcast about the latest protest, you could walk into it? Digital artist and video director Chris Milk, filmmaker and VICE creative director Spike Jonze, and VICE News have partnered to do just that, producing the first-ever virtual reality news broadcast, and bringing a new dimension — literally — to coverage of the recent protests against police killings. The film — "VICE News VR: Millions March" — takes viewers into the December 13 rally that saw 60,000 protesters descend on the streets of New York to demand greater police accountability. The experiment will premiere on the new VRSE app developed by Milk to distribute virtual reality experiences, and will be unveiled Friday at the Sundance Film Festival.

8 Digital Tools Every Journalist Should Try When Charlie Beckett asked me to join the Polis journalism conference this week at the London School of Economics and Political Science, he showed the depth of his university by asking a surprisingly practical journalism question for a school ranked No. 2 in the world in the research-laden “communication and media studies” field. Beckett wanted to know about the newest digital tools journalists are using to do accountability journalism (which some of us still call watchdog journalism). My first reaction was to mention some of the “golden oldies” Knight Foundation has funded and followed: the encryption software Tor; the investigative paper-tamer Document Cloud and its advanced story-finding cousin Overview; the visual storytelling tool Timeline JS; and the classic crowdmapping application Ushahidi.

16 Best Pinterest Style Wordpress Themes Of 2013 Share on Twitter1Share on Facebook0Share on Google Plus0Share on Stumbleupon0Share on Reddit0 Pinterest is a pin-board style photo sharing social network that has gained immense popularity in recent years – and with good reason. Much of this popularity lies in its visually-appealing grid-based layout that focuses on content. 20 tools and resources every journalist should experiment with Tools have always come from the need to carry out a specific task more effectively. It's one of the main differences between human beings and the rest of the animal kingdom. We may still be slaves to the same old evolutionary urges but we sure know how to eat noodles in style.

4 free tools for making your own maps Most of us are very familiar with Google Maps, Google Earth, Google Tour Builder, and ArcGIS. Awesome tools all. But there are other tools out there to help you and your kids create and share maps. They may not have the same cache and brand name awareness but these types of tools can be very handy. Play with them a bit and run them by your kids.

Gallery View Anyone seeking permission to use or reproduce the front page of a newspaper featured in our Today’s Front Pages online gallery must contact the newspaper’s publisher directly. U.S. copyright laws apply. The Newseum DOES NOT provide access to front pages from previous dates. The archives include dates of historical significance only.

Chart and image gallery: 30+ free tools for data visualization and analysis The chart below originally accompanied our story 22 free tools for data visualization and analysis (April 20, 2011). We're updating it as we cover additional tools, including 8 cool tools for data analysis, visualization and presentation (March 27, 2012) and Six useful JavaScript libraries for maps, charts and other data visualizations (March 6, 2013). Click through to those articles for full tool reviews. Features: You can sort the chart by clicking on any column header once to sort in ascending order and a second time to sort by descending (browser JavaScript required). Skill levels are represented as numbers from easiest to most difficult to learn and use: Users who are comfortable with basic spreadsheet tasksUsers who are technically proficient enough not to be frightened off by spending a couple of hours learning a new applicationPower usersUsers with coding experience or specialized knowledge in a field like GIS or network analysis.

50+ (Mostly) Free Excel Add-Ins For Any Task There is no doubt about it – Excel is one powerful tool. However, it has does have its limitations. That is where add-ins come in to play. Microsoft has been kind enough to open its code base and allow third party developers to extend the functionality of Excel.