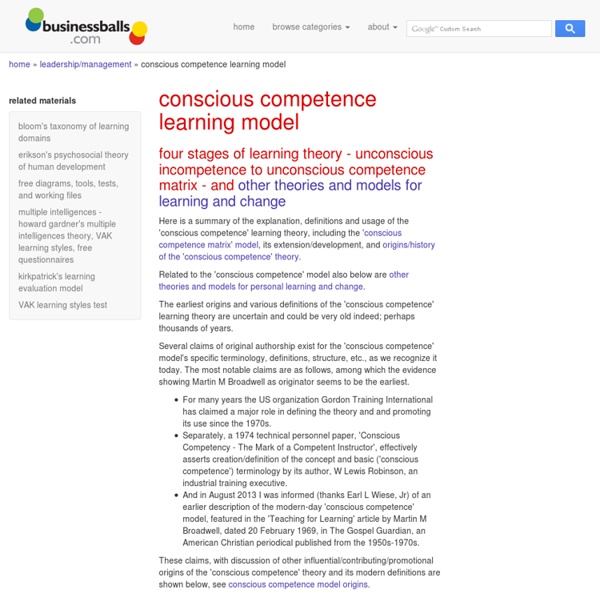 Library Success: A Best Practices Wiki - Library Success: A Best Practices Wiki Welcome to Library Success: A Best Practices Wiki. This wiki was created to be a one-stop shop for great ideas and information for all types of librarians. All over the world, librarians are developing successful programs and doing innovative things with technology that no one outside of their library knows about. There are lots of great blogs out there sharing information about the profession, but there is no one place where all of this information is collected and organized. That's what we're trying to do. If you've done something at your library that you consider a success, please write about it in the wiki or provide a link to outside coverage. This wiki is not run by any commercial entity and does not represent any commercial interests. Anyone who wants to add to or edit topics on the wiki can do it. If you are going to link to this wiki, please use the following URL: Logo designed by Christopher Rios and Zandra Vlahakis... Community Management and Leadership

October | 2016 | Surplus Energy Economics One of the quirks of economics is that, within GDP (gross domestic product), all output is included, irrespective of what it really adds to prosperity. GDP, like Oscar Wilde’s cynic, knows “the price of everything, but the value of nothing”. If government paid 100,000 people to dig holes, and another 100,000 to fill them in, the cost of this activity would be included in GDP. Is there a better way of measuring prosperity? This is analogous to what has been happening to the economy. On the ground data bears this out. For the economy as a whole, it can be illustrated like this: Fig. 1: “Growth”? GDP is higher in the second picture, but far more is spent on energy and essentials, leaving a smaller surplus available for everything else. Where this leaves the economy is with two pictures that do not match – raw growth numbers imply a prosperity that people seem not to experience. This in turn accounts for the escalation in debt. The energy economy The cost equation Energy is never free. Notes:

Why Bats Are Insanely Attracted To Wind Turbines? Bat Kills at Wind Turbines Recent studies have reported large numbers of bats being killed at wind farms in many parts of North America and Europe. Project monitoring has also discovered significant bat mortality at the Mexico La Venta II wind farm. Bat kills at wind turbines were first discovered in Australia. Small numbers of bats were first recorded in the United States at wind power projects in California during bird monitoring. Some time ago, an estimated 1,400-4,000 bats were recorded as killed during 2008 at the Mountaineer Wind Energy Center in West Virginia . The frequency and number of bat kills at wind turbines are much greater than for any other type of human-built structure. Unlike birds, bats strike wind towers as well as telecommunications towers, buildings or power lines, but very infrequently. Bat Mortality from Collisions and Barotrauma Bats that fly too close to wind turbines are killed by either direct impact or from major air pressure changes around the spinning rotors.

LeaderTalk Blog Student Led Conferences (SLC's) might seem to be new but they've been around for awhile, at least 18 years - that's when I first encountered them as a newbie teacher. Since that beginning, I've had the professional pleasure of working with a number of school staffs and communities in adopting and growing SLC's. In my current position, this was our 3rd year with SLC's. Our school, a newly amalgamated K - 12 facility in a rural community, has an evening conference time and a morning conference when parents and their children can come to the school for the SLC. In my opinion, the best way to facilitate the SLC is to have them in the evenings/after school when both parents will be able to attend - as many families have both parents working. Contrary to what many people seem to believe, SLC's are much more time intensive and require a great deal of preparation on the part of the student and the teacher. SLC's need to be discussed beginning in September. {*style:<i><b> SLC's are not new.

Yuval Noah Harari on Why Technology Favors Tyranny Editor’s Note: This article is part of a series that attempts to answer the question: Is democracy dying? I. The Growing Fear of Irrelevance There is nothing inevitable about democracy. The emergence of liberal democracies is associated with ideals of liberty and equality that may seem self-evident and irreversible. In the second decade of the 21st century, liberalism has begun to lose credibility. Information technology is continuing to leap forward; biotechnology is beginning to provide a window into our inner lives—our emotions, thoughts, and choices. Ordinary people may not understand artificial intelligence and biotechnology in any detail, but they can sense that the future is passing them by. In 2018 the common person feels increasingly irrelevant. In the 20th century, the masses revolted against exploitation and sought to translate their vital role in the economy into political power. II. AlphaZero is not the only imaginative software out there. III. Consider surveillance. IV. I.

7 Steps for Leading in 21st c. learning It’s awkward to write about leadership as a leader. I write this to share not my accomplishments but my strategy of the last 20 months leading my school, the success of which remains to be seen and is for others to evaluate. Soon I will be presenting, along with two Head of School colleagues and Ken Kay, founder and longtime President of the Partnership for 21st century skills and now of EdLeader21, on the topic of 21st Century Learning at NAIS Schools: Leading and Networking for Progress. As part of this session, each of us will speak of our vision of leadership for progress; in preparation, this preview. Leadership is, more than anything else, a project of managing change. A suggested Seven Steps for Leading in 21st century learning. 1. In this fast-changing era, our visions must be dynamic, adapting themselves to new tools and techniques, new information and understandings. 2. 3. 4. 5. 6. 7. To date, I have taken care not to direct how teaching must change in our classrooms. Like this:

Monsanto Guilty Verdict Is Only Beginning Monsanto Guilty Verdict Is Only Beginning Photo Credit: Waywuwei By F. William Engdahl15 August 2018 A jury trial in California has resulted in a guilty verdict against the agrichemical and GMO giant, Monsanto, now Bayer/Monsanto. The judge has ordered Monsanto to pay damages of USD 289 Million to former school groundskeeper Dewayne Johnson, who has non-Hodgkin’s lymphoma. The Johnson trial, Dewayne Johnson v. Johnson, age 46, is a former pest control manager for a California county school system, where he applied Roundup and Monsanto’s Ranger Pro on school grounds across the county up to 30 times per year for more than two and a half years. According to the magazine Insurance Journal, the guilty verdict could influence the outcome of thousands of similar cases against Monsanto glyphosate-based Roundup. Monsanto Exposed in Trial Another paid Monsanto witness, Dr. Another Monsanto toxicologist, Dr. Seralini rat study F. Back

Ten Big Ideas of School Leadership Middle school principal Mike McCarthy shares 30 years of wisdom on how to run a school well. Principal Mike McCarthy. Credit: Michael Warren During my senior year of college, I taught math to 26 inmates, none of whom had finished high school. 1) Your School Must Be For All Kids 100 Percent of the Time If you start making decisions based on avoiding conflict, the students lose. 2) Create a Vision, Write It Down, and Start Implementing It Don't put your vision in your drawer and hope for the best. 3) It's the People, Stupid The secret of managing is to keep the guys who hate you away from those who are still undecided. 4) Paddles in the Water In Outward Bound, you learn that when you are navigating dangerous rapids in a raft, the only way to succeed is for everyone in the boat to sit out on the edge and paddle really hard, even though everyone would rather be sitting in the center, where it's safer. 5) Find Time to Think During the Day They pay me to worry. Running Time: 07:31 min.

Anatomy of an AI System The Positive Classroom:What New (Young) Principals Need to Know The youth of the participants in our annual seminar for aspiring principals caught me by surprise. Most had been college students when the World Trade Center was attacked in 2001, and few understood schooling outside the aegis of No Child Left Behind. All were first-career teachers with just a few years of classroom experience. Some of the aspiring principals I met in that seminar have found jobs; this September, they will step into the shoes of retiring baby boomer principals. In anticipation of working with these new principals, I asked veteran principals, experienced teachers, and a few principals who had just finished their first year what essentials these young men and women should know as they enter their new role. Build Relationships Every respondent, without exception, recommended building relationships as the foundation for a successful principalship. Get to know everyone—from teachers, students, and parents, to bus drivers—on a first-name basis and personally, if possible.

Zizek: There will be no return to normality after Covid. We are entering a post-human era & will have to invent a new way of life — RT Op-ed It’s time to accept that the pandemic has changed the way we exist forever. Now the human race has to embark on the profoundly difficult and painful process of deciding what form the ‘new normality’ is going to take. The world has lived with the pandemic for most of 2020, but what is our situation with regard to it now, in early December, in the middle of what the European media is terming ‘the second wave’? Firstly, we should not forget that the distinction between the first and second wave is centred on Europe: in Latin America the virus followed a different path. The peak was reached in between the two European waves, and now, as Europe suffers the second of these, the situation in Latin America has marginally improved. We should also bear in mind the variations in how the pandemic affects different classes (the poor have been hit more badly), different races (in the US, the blacks and Latinos suffer much more) and the different sexes. What we have discovered about the virus