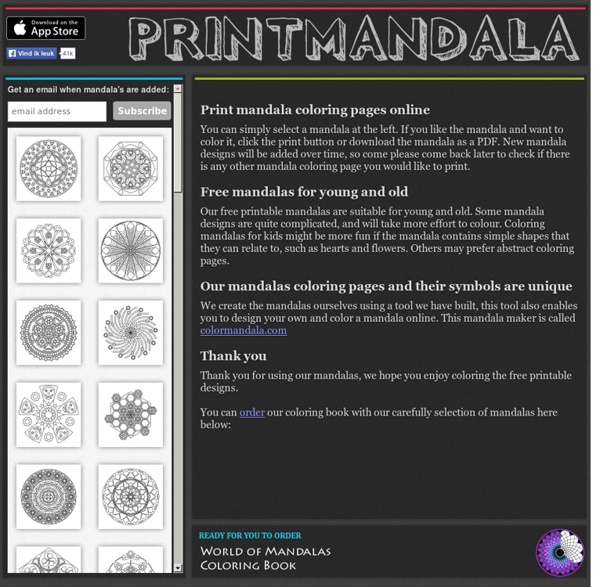 5 Steps to Illustrating a Repeat Pattern by Hand Creating your own repeat pattern tile is a simple skill that's applicable to hundreds of fun projects — and your friends will ALWAYS be impressed! Try wallpaper, book covers, posters, gift wrap, or your phone lock screen. The possibilities are endless. These 5 quick steps are about illustrating a pattern the old-fashioned way, by hand. No need for Photoshop or Illustrator! Just grab a pen, paper, your brain, scissors, and (probably) a photocopier or printer.

11-Year-Old Child Prodigy Will Blow Your Mind With His Art Dušan Krtolica is a child genius. The Serbian artist is only 11 years old and he is able to produce the most detailed, incredible artwork. The level of skill he has takes some people decades to achieve, but it just comes naturally to him! A photographer took 12 stunning pictures to capture how depression and anxiety can feel. One of the most common mental health disorders in the U.S., in 2012 the National Institute of Health found that almost 7% of adults had experienced a major depressive episode in the previous year. Even more prevalent is anxiety, with about 18% of U.S. adults reporting an anxiety disorder. And yet it can be hard to explain depression and anxiety to someone who has never experienced those things. That's why Katie Joy Crawford created a photo series she calls "My Anxious Heart." Crawford, who is a photography student, has general anxiety disorder. She explains:

Late Rembrandts Come to Life: Watch Animations of Paintings Now on Display at the Rijksmuseum Last week, we featured three terminally ill art-lovers’ journey to the Rijksmuseum to see their Rembrandts for one last time. They saw those paintings far more vividly, no doubt, than would those of us lucky enough to have longer on this Earth. Though nothing can convey the experience of seeing anything, artwork or otherwise, for the last time, these animations will at least give you the experience of seeing Rembrandt’s work in an entirely new way. The videos (see them all here) bring to life six of the twelve canvases from The Late Rembrandt Exhibition, the very same one to which Stichting Ambulance Wens Nederland took the three patients nearing their ends. Even if you’ve never considered yourself particularly up on the Dutch Masters, you’ll more than likely recognize most of these paintings. If all this strikes you as an exercise in high-tech desecration, give the animations a watch and you’ll find them more subtly and tastefully executed than you might have imagined.

I See Music Because I Have Synesthesia, So I Decided To Paint What I Hear As a synesthete, the music I hear is translated into a flow of texture and colors. Synethesia, although not disorientating, can sometimes leave me at odds trying to describe what I can see to others. Painting in oils and acrylics is a way to express and exhibit the beautiful colors that I see on a day to day basis, whether it’s hearing someone’s name, or that song on the radio. I paint a variety of artists from Led Zeppelin to Stevie Wonder. More info: melissasmccracken.com | Facebook Radiohead – Lucky Inside the Phallus Palace: Understanding the Art Collection of Charles Leslie Photo of Charles Leslie by Alex Geana Once considered the standard of artistic achievement, the male nude is now an afterthought — and that’s partially our fault. Due to the visibility and power of the LGBT movement, it’s difficult for many to look without seeing male nudes in anything but a homoerotic context.

Face Art: Incredibly Awesome Makeup Portraits by Alexander Khokhlov Moscow based photographer and artist Alexander Khokhlov has created a wonderful art project titled “2D or not 2D”. In this series, the artist creates makeup portraits which can easily confuse our vision. He created these portraits in 2D and some of these photos might indeed do the trick with the help of Valeriya Kutsan’s professional makeup work, the natural lines of the models’ faces are almost indistinguishable. “I like to work with people but not only for their entity.

Marina Abramovic: 'The planet is dying. We have to be warriors' Let’s start with a quick quiz: what do Marina Abramović (Serbian performance artist) and Tony Abbott (Australian prime minister) have in common? Answer: they’ve both been filmed eating a raw onion. A whole one. In fact, Abramović ate three. “The first time, the light on video wasn’t so good. 100 Years Ago, Artists Were Asked to Depict the Year 2000, These Were the Results En L’An 2000 was a series of French images created by Jean-Marc Côté and other artists that imagined what life would be like in the year 2000. According to the Public Domain Review, the artworks were first produced in 1899 (for the 1900 World Exhibition in Paris) and subsequently in 1900, 1901 and 1910. They were first produced as paper card inserts in cigarette and cigar boxes and later as postcards. There are at least 87 known cards and they only came to light decades later when science-fiction author Isaac Asimov chanced upon them in 1986, publishing the works with commentary in a book entitled, Futuredays: A Nineteenth Century Vision of the Year 2000. [via The Public Domain Review]