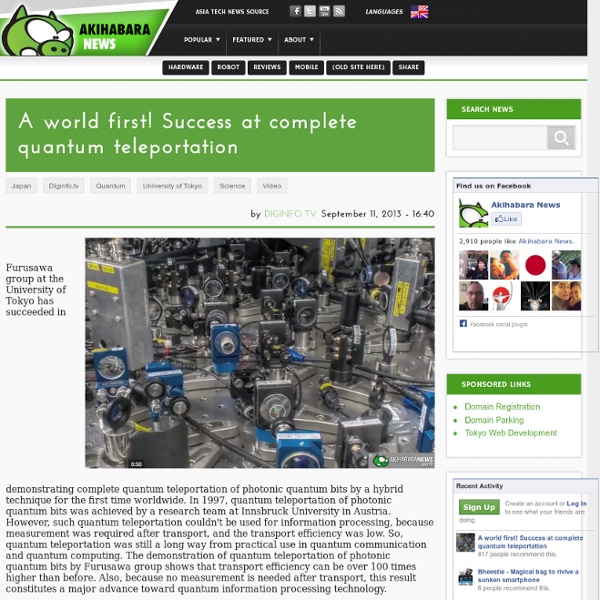 Nuclear fusion milestone passed at US lab 7 October 2013Last updated at 17:25 ET By Paul Rincon Science Editor, BBC News website The achievement is the first of its kind anywhere in the world Researchers at a US lab have passed a crucial milestone on the way to their ultimate goal of achieving self-sustaining nuclear fusion. Harnessing fusion - the process that powers the Sun - could provide an unlimited and cheap source of energy. But to be viable, fusion power plants would have to produce more energy than they consume, which has proven elusive. Now, a breakthrough by scientists at the National Ignition Facility (NIF) could boost hopes of scaling up fusion. NIF, based at Livermore in California, uses 192 beams from the world's most powerful laser to heat and compress a small pellet of hydrogen fuel to the point where nuclear fusion reactions take place. This is a step short of the lab's stated goal of "ignition", where nuclear fusion generates as much energy as the lasers supply. Continue reading the main story Nuclear fusion at NIF

Meet the people who want to build our first starship Really? Let's talk about a mature nanotechnology system that is solar powered, works at room temperature, largely recycles itself, and evolves to meet new situations. In case you haven't twigged, it's our own biosphere. Us. Yes, I've got a first edition copy of Drexler's Engines of Creation, so I'm not unfamiliar with the dreams of nanotech. Thing is, cells are so complex that we've got an enormous industry that's devoted entirely to reverse engineering them and hacking them (the biotech industry). Nanotechnology isn't magic fairy dust, and assuming that it will automatically solve all our problems is foolish. For example: Fusion reactors have the fundamental problem of going from thousands or millions of degrees (the fusion reaction) to close to absolute zero (the supercooled magnets making the fusion bottle) in a few meters. Similarly, making matter go from interstellar speeds to zero in a few meters (a shield against interstellar debris) is hard. And so forth and so on.

At least 12 killed in shooting rampage at Washington Navy Yard, chief says A former petty officer who apparently had a grudge against the Navy sprayed an office building with bullets at the Washington Navy Yard on Monday, killing 12 people in a rampage that paralyzed part of the nation's capital, authorities said. Authorities said the gunman, a civilian contractor and former Navy reservist they identified as Aaron Alexis, 34, was killed after exchanging fire with officers who stormed the headquarters of the Naval Sea Systems Command in a massive law enforcement response. D.C. Fort Worth Police Dept. The gunman was armed with an assault-style rifle, a shotgun and a handgun when he was killed, authorities said. Valerie Parlave, assistant director in charge of the FBI's Washington field office, said there was no indication of a motive on the part of Alexis, who she said had "legitimate" access to the complex. D.C. police were identifying victims only after their families were notified. Eight other people were injured, D.C. Dr. 'Pow-pow-pow, straight in a row'

L amplituhedron ou la clef pour comprendre ce qui compose l'univers Neat Stuff Ecstasy Drug-Crazed Ravers Are Like Chemical Buddhas Published on April 4th, 2014 | by Jason Louv Ecstasy drug-fueled Dutch ravers are by turns idiotic and profound in this hilarious video This video (via the Dutch magazine Flabber) captures partygoers out of their skulls on Ecstasy at Thunderdome, a hardcore techno / gabber festival that [&hellip... Environment & Health When Monsanto Had Its Own Disneyland Exhibit Published on April 2nd, 2014 | by Jason Louv Remembering the Monsanto-sponsored exhibit that touted Better Living Through Chemistry to a generation of American children, 1955-1966 Pliant, malleable, innocent, so trusting: This is the American mass mind, the clay that corporations and advertisers manipulate every [&hellip... ‘Raised by Wolves’: Disturbing, Moving Look at Homeless Youth 5 Countries That are Throwing Monsanto Out on its Ass Published on April 1st, 2014 | by Jason Louv Read ‘The Key’, Grant Morrison’s New Web Comic for the BBC Magick & Spirituality

Dead stars 'to guide spacecraft' 30 March 2012Last updated at 12:28 ET By Jonathan Amos Science correspondent, BBC News, Manchester Spacecraft could one day navigate through the cosmos using a particular type of dead star as a kind of GPS. German scientists are developing a technique that allows for very precise positioning anywhere in space by picking up X-ray signals from pulsars. These dense, burnt-out stars rotate rapidly, sweeping their emission across the cosmos at rates that are so stable they rival atomic clock performance. This timing property is perfect for interstellar navigation, says the team. If a spacecraft carried the means to detect the pulses, it could compare their arrival times with those predicted at a reference location. "The principle is so simple that it will definitely have applications," said Prof Werner Becker from the Max-Planck Institute for Extraterrestrial Physics in Garching. Prof Becker has been describing his team's research here at the UK National Astronomy Meeting in Manchester.

Deadly brain amoeba infects US tap water for the first time A deadly brain amoeba that’s killed two boys this year has been found in a U.S. drinking water supply system for the first time, officials said Monday -- in a New Orleans-area system. The Naegleria fowleri parasite killed a 4-year-old Mississippi boy who likely got it playing on a back yard Slip 'N Slide, Centers for Disease Control and Prevention officials say. Tests show it’s present throughout the water supply system in St. Bernard Parish, directly southeast of New Orleans. “We have never seen Naegleria colonizing a treated water supply before,” said Dr. N. fowleri is a heat-loving amoeba that’s usually harmless, unless it gets up someone’s nose. It killed a Miami-area boy last month -- 12-year-old Zachary Reyna -- and a 12-year-old Arkansas girl, Kali Hardig, is recovering slowly after an unusual experimental treatment. N. fowleri is usually found in warm, fresh waters all over the world. That’s what apparently happened in St. St.