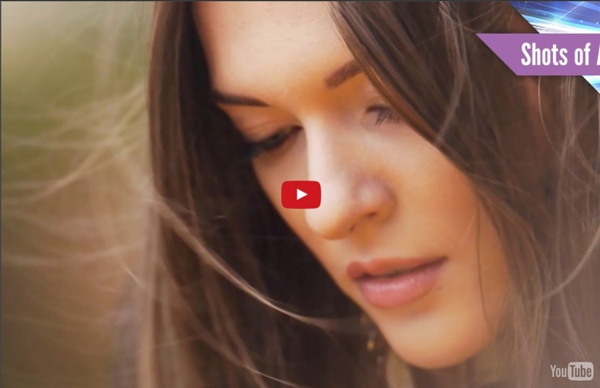 The 20 Mistakes You Don’t Want To Make In Your 20s Your 20s compose undoubtedly the most pivotal time in your life. While there are plenty of temptations and distractions, the decisions you make here are truly what dictate your future, as the weak fail and only the strong survive. Do you have what it takes to become a monumental success? Or will you live out a life of mediocrity? The choice is up to you. While many think they have all the answers and the keys to success, we have seen those people make the same pitfalls too many times before. This is the time for you to hustle, scrap and fight for the life that you want for yourself. Every move you make is a test. 20. Never do anything just because it’s convenient for you. Always look to the future and never for immediate compensation. 19. While all of your friends might be doing it, don’t fall into the trap of a relationship. Not only does it make you complacent with where you are in life, but it makes you boring. Get out there, meet new people, test the limits and have fun. 18. 17. 16.

31 Places Everyone Should See Before They Die Do you feel like making the most of your life? If the answer is Yes, then you should probably see every place on this list a Reddit user compiled. It contains almost every awesome place worth seeing around the globe. 1. 2. 3. 4. 5. 6. 7. 8. 9. 10. 11. 12. 13. 14. 15. 16. 17. 18. 19. 20. 21. 22. 23. 24. 25. 26. 27. 28. 29. 30. 31. Thanks to this user for adding the locations of every image. Comments Arguably the most articulate human being the world has seen. He shares a very important message, while doing so in a way that provokes both our inner thought processes and a hidden love for poetry. Good man! Great message! Sri Pavan Sunnam Fantastic message which ended with an open question to us. Dallas Mack Not true. Aida Cerina I do the internet but only to get even more inspiration from people like you. Brian Mullins The solution to all these paradoxes is Jesus Christ. Jeremy Daniel Too much focus on opposing themes to clearly state his message. Apoorva Abhinav Technology has killed everything. Alexander Moss Wow he must be so wise, all those opposing metaphors and quoting the Daila Lama as well as Einstein! Tenzin La People have the tendency to 'pay attention' to the 0.01%.

Jason Silva - Filmmaker - Futurist - Epiphany Addict 75 Years In The Making: Harvard Just Released Its Epic Study On What Men Need To Live A Happy Life In 1938 Harvard University began following 268 male undergraduate students and kicked off the longest-running longitudinal studies of human development in history. The study’s goal was to determine as best as possible what factors contribute most strongly to human flourishing. The astonishing range of psychological, anthropological, and physical traits — ranging from personality type to IQ to drinking habits to family relationships to “hanging length of his scrotum” — indicates just how exhaustive and quantifiable the research data has become. Recently, George Vaillant, who directed the study for more than three decades, published the study’s findings in the 2012 book Triumphs of Experience (Amazon) and the following is the book’s synopsis: As you can imagine, the study’s discoveries are bountiful, but the most significant finding of all is that “Alcoholism is a disorder of great destructive power.” Sources: Business Insider, The Take Away, and The Atlantic

The Painful Truth About Filmmaking No One Tells You When You're Just Starting Out YouTuber and independent filmmaker Darious Britt is back, this time with some hard truths about independent filmmaking that are sure to be painful to hear for anybody just starting with making their own films. Despite the bleak outlook, this video is one of the most inspiring things you'll see this week. Take a look. The painful truth is this: filmmaking -- particularly the independent variety -- is an uphill battle, and that's putting it mildly. For most of us, every step along the way will be fraught with unforeseen obstacles, most of which we won't have the proper time, money, or physical resources to solve. Some of these obstacles are technical, and can be solved with some ingenuity and a few healthy strips of gaffer's tape. However, many of them are far more debilitating, especially from a psychological perspective. On top of all that, the business of independent filmmaking is perilous -- cutthroat even. Where's the upside in all of this doom and gloom, you ask?

life The $200 Los Angeles Bike Ride Music Video This is a Guest Post by Nick Roberts of “And the Giraffe” A short introduction about myself: My name is Nick Roberts and I play in a band called “And the Giraffe” based out of Nashville, TN. A few months ago, after putting out our second album, we decided to shoot a music video to support the single from the record. Given that we’re an independent band, our budgets for just about all creative projects may as well look like we found loose change in our couch. In short, the music video features a camera mounted to the handlebars of a bicycle with the camera pointed towards the riders’ faces, as opposed to looking forward at the sidewalk, as we ride around downtown Los Angeles and into the desert. We shot the video with a Black Magic Design cinema camera, a recent purchase by our friend/director. The most challenging part of the entire shoot was figuring out a way we could mount the camera to the front of a bicycle without it being too heavy and falling over. And The Giraffe – Sorry

This Guy’s Wife Got Cancer, So He Did Something Unforgettable. The Last 3 Photos Destroyed Me. The first time photographer Angelo Merendino met Jennifer, he knew she was the one. They fell in love and got married in New York’s Central Park, surrounded by family, friends, and loved ones. Five months later Jen was diagnosed with breast cancer. Throughout her battle, Angelo decided to photograph it. Angelo Merendino Angelo and Jennifer’s story is tragic, but it’s in the face of a tragedy such as this that we rise above. Please share this story with everyone you know to help Angelo’s story get out, scroll back up to the top and click the share button. You can get that and much more at Angelo’s blog: Comments comments

To be a star you must shine your own light