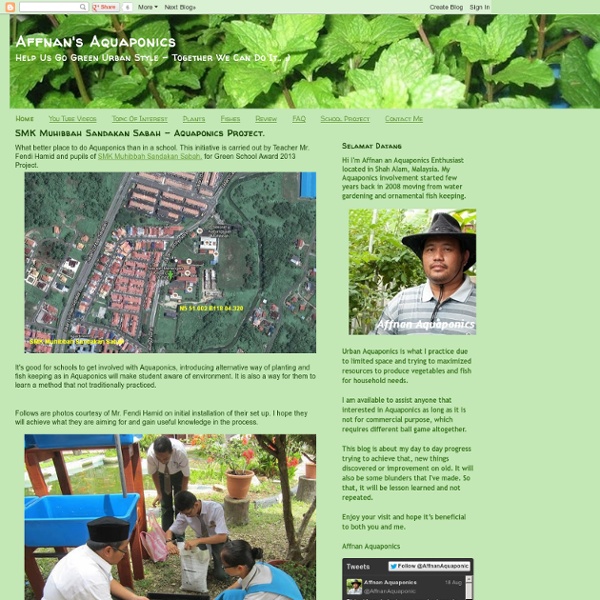 10 Favorite Tulips to Plant This Fall Gardenista Older 10 Favorite Tulips to Plant This Fall by Izabella Simmons Issue 65 · Belgium and Beyond · March 28, 2013 Newer Issue 65 · Belgium and Beyond · March 28, 2013 Tulips require planning. Above: The 'Black Parrot' is famous for its rich purple color and frilled bloom; $16.95 for 12 bulbs at White Flower Farm. Above: The 'Persian Pearl' features a deep magenta rose petals with a yellow throat; $6.40 for ten from Brent and Becky's Bulbs.. Above: The 'Zurel' tulip features large white blooms striped with purple tones. Above: The 'Angelique' Tulip has soft pink petals and resembles a peony bloom; $14.99 for 10 bulbs at Breck's. Above: An early spring bloomer, 'Turkestanica' has white petals with an orange center; fragrant, and a great repeat bloomer; $4.30 for 10 bulbs from Brent and Becky's Bulbs. Above: British gardening writer Sarah Raven grows 'Menton' tulip in her cutting garden; she uses it in spring bouquets. For more, DIY: A Spring Bouquet With Sarah Raven. By Sarah Lonsdale

Will Compost Tea Supercharge Your Garden? Here’s an experiment you can do. Have your heard about compost tea? It’s a concoction that is supposed to supercharge your garden. Does it work? Recipes for compost tea have been around for a couple of thousand years, but it fell into disuse. Compost tea is not that complicated to make. Here’s some DIY instructions on how to make an aerated compost tea (via the Pennsylvania EPA). Basic equipment. Put about four gallons of water into the bucket. Don’t overfill the bucket. When ready, strain it with a cheesecloth. So why would you go through the trouble to produce compost tea? On a basic level, compost tea makes the nutrients in the compost more accessible to your plants. The advanced reason is that it is a way to speed up the development of beneficial organisms in your garden. Why? We know almost nothing about the complex web of microorganisms in the soil and in our bodies. As a result, it’s going to take some time to figure out. Little by little, we’ll figure out how to use it effectively.

10 Easy Pieces: The Most Magical Mosses Gardenista Older 10 Easy Pieces: The Most Magical Mosses by Janet Hall Issue 63 · Do-It-Yourself · March 12, 2013 Newer Issue 63 · Do-It-Yourself · March 12, 2013 Share on email Growing up in Seattle, I was raised to view moss as a menacing by-product of damp weather. Moss is your friend—in so many ways. Without a root system, moss gets moisture through its leaves, so keeping it debris free is also important. Love moss or hate it? Above: Moss has long been treasured for use in Japanese gardens. Above: One of the most common varieties is Sheet Moss (Hypnum) that is easy to cultivate and stands up to foot traffic, a good choice to use on around and between stepping stones. Above: Cushion Moss (Leucobryum) is sometimes referred to as white moss as it changes color from lush vibrant green when moist to a silvery green when dry. Above: Small and velvety to touch, Ceratodon Moss is a good choice for green roofs and between walkway pavers; $35 for a 10-by-20-inch tray at Mountain Moss. By Michelle Slatalla

Required Reading: Secrets of an Ikebana Master Gardenista Older Required Reading: Secrets of an Ikebana Master by Justine Hand Issue 62 · Japonesque · March 5, 2013 Newer Issue 62 · Japonesque · March 5, 2013 Share on email Characterized by extreme discipline and minimalism, the Japanese art of ikebana requires intense study of a floral specimen, in order to reveal its essential form. Toshiro Kawase is one such master. Above: The following images, including the yellow specimens above, are all from Kawase's latest book, available through the publisher in Japan. Above: A delicate single bud in a vase. Above: Earth, trees, and clouded sky: this single stem evokes the Japanese landscape. Above: As important as the floral forms themselves, elemental vases are an essential part of Kawase's compositions. Above: Here Kawase plays with the vertical and horizontal elements to draw our eyes all around the composition. Above: Kawase's arrangements are often evocative of the seasons, such as this cascading maple and iris, which conjure the fresh spirit of spring.

5 Favorites: Mini House Plants for Apartment Living Gardenista Older 5 Favorites: Mini House Plants for Apartment Living by Justine Hand Issue 97 · Love Letter to the Houseplant · November 15, 2013 Newer Issue 97 · Love Letter to the Houseplant · November 15, 2013 I am a huge nature lover. I actually think that for a long time this "aversion to your average house plant" was common in the design world. Nowadays, as the Internet introduces an ever-broadening array of exotics, and as interior style emphasizes a much more personal approach, it is more than possible for design purists to enjoy a bit of nature inside, as well as out. Above: Considered an invasive weed in some regions, Asparagus Fern—Protasparagus densiflorus (which is not a real fern, but a member of the perennial lily family)—is better kept as an indoor plant. Above: Almost no one captures the personality of plants like Belgian photographer Mieke Verbijlen. Above: Air plants, like this beloved specimen of Kim Ludy's, have a particularly animated quality. N.B. By Meredith Swinehart

Kitchen Garden: Home Made Worm Farm | Om Nom Ally .comOm Nom Ally .com Wriggly, squiggly, squishy, messy worms. Whether you love them or they make you squeamish, worm farming is one of the most rewarding gardening activities for improving the health and harvest of your garden. Why you want to make a worm farm A worm farm is the most simple way to turn your household food waste into amazing, nutrient-rich garden fertiliser. There are also fantastic benefits for the environment. Why you should DIY it, instead of buy it I’ve spent a good few months looking at worm farm products and I can tell you they are really expensive! Choosing to make your own worm farm will cost around $20 in materials, depending where you get your supplies from and what you already have on hand. Things You’ll Need 2 polysterene broccoli boxes (or similar), 1 with lid, 1 without Be prepared to get cosy with your local greengrocer or supermarket produce manager to complete this task. Instructions Ok, now what? What to Feed Your Worms What Not to Feed Your Worms

Think Different: An Apple Alum's Inventive Way to Root Cuttings Gardenista Older Think Different: An Apple Alum's Inventive Way to Root Cuttings by Izabella Simmons Issue 61 · Bath & Spa · February 26, 2013 Newer Issue 61 · Bath & Spa · February 26, 2013 Share on email Have you ever tried to propagate plant cuttings? Michael Good (a former Apple engineer and head of the product development company good3studio) created Rootcup, a cup which cradles cuttings until roots develop well enough to be transplanted. After a few attempts to make lids for the cups from aluminum foil (to keep the cuttings out of water) Good ended up making a clay prototype, which led the way to the Rootcup (made from a super-durable non-toxic elastomer). The assembly and packing is done at a rehabilitation workshop in San Francisco (Good's home town) by people who are unemployed due to disability. To learn more, go to Rootcup. Above: A set of six Grey Original Rootcups is $30 from Rootcup. Above: Big Rootcup (same concept, just in a larger cup) is $14 from Rootcup. Above: A thriving bulb.

Babylonstoren Greenhouse: An Idyllic Garden: Gardenista Older Babylonstoren Greenhouse: An Idyllic Garden by Izabella Simmons Issue 68 · Africana · April 18, 2013 Newer Issue 68 · Africana · April 18, 2013 In our opinion, Babylonstoren hotel in South Africa comes close to paradise. Babylonstoren, located in the Cape Winelands outside Franschhoek, recently added a 26-meter-long green steel conservatory to its eight-acre vegetable, fruit, and herb garden. Photographs via Yatzer. . Above: The greenhouse double-functions as a teahouse and arboretum. Above: The greenhouse has removable bamboo roof screens imported from France, in case the sunlight needs to be controlled. Above: For more about the gardening techniques at Babylonstoren, see DIY: Captive Pears for Winter Brandy. Above: The teahouse serves its guests on Delft plates, and the same blue and white pattern can be seen throughout the grounds. Above: The lit greenhouse during night hours. For more about Babylonstoren, see Bouquets for the Bath: Toss in a Tussie-Mussie. By Janet Hall By Erin Boyle

5 Favorites: Bleeding Hearts Gardenista Older 5 Favorites: Bleeding Hearts by Janet Hall Issue 59 · L'Amour · February 15, 2013 Newer Issue 59 · L'Amour · February 15, 2013 Share on email Disguised as delicate ephemeral beauties, Bleeding Hearts are resilient and trouble-free woodland plants that offer sprays of heart-shaped flowers. Oft associated with old-fashioned cottage gardens, the Bleeding Heart (Dicentra spectabilis) plant was introduced by Robert Fortune when he returned in 1846 from a plant expedition under the aegis of the Royal Horticulture Society to northern China where the plant was widely cultivated. (N.B.: Wondering what plants to pair with Bleeding Hearts in the garden? Above: Shade-loving, clump-forming woodland perennials that generally grow two- or three-feet high, Bleeding Hearts have delicate fern-like leaves and heart-shaped blooms in shades of red, pink, and white in late spring and summer. Above: Native to the Appalachian Mountains, Fringed Leaf Bleeding Heart (Dicentra eximia) is hardy in zones 3 to 9.