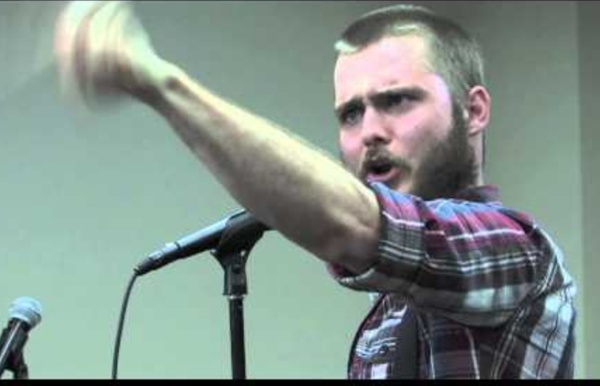 How Language Seems To Shape One's View Of The World "It's on the left," he says. "No, it's southeast of here," she says. iStockphoto hide caption 5 People From History Who Were Absurdly Hard to Kill We like to celebrate extraordinary people, even if their most notable accomplishment is an ability to absorb a ridiculous number of bullets without dying. Hey, as talents go, it's not a bad one to have. Just consider the fact that ... What teens really want to know about sex On the first day of my Sexuality and Society class, I don’t pass around anatomy drawings. I don’t hand out pamphlets about safer sex, although those are stacked on a table near the door. Instead, the first thing I do is establish ground rules. People should speak for themselves, laughter is OK, we won’t ask “personal history” questions, and we’ll work to create a community of peers who care about and respect one another. Only then can we get to work.

Louis-Sébastien Mercier Louis-Sébastien Mercier (6 June 1740 – 25 April 1814) was a French dramatist and writer. Early life and education[edit] He was born in Paris to a humble family: his father was a skilled artisan who polished swords and metal arms. Schizophrenia Revealed To Be 8 Genetically Distinct Disorders Just over 1 percent of the American population has been diagnosed with schizophrenia, a severe mental disorder that causes debilitating symptoms including paranoid delusions, auditory hallucinations, and impaired social behavior. A new study has revealed that schizophrenia is not one disease, but eight disorders with genetically distinct causes. This could dramatically change how schizophrenia is diagnosed and treated. The research was led by C.

Sarcasm Sarcasm is "a sharp, bitter, or cutting expression or remark; a bitter gibe or taunt."[1][2] Sarcasm may employ ambivalence,[3] although sarcasm is not necessarily ironic.[4] "The distinctive quality of sarcasm is present in the spoken word and manifested chiefly by vocal inflections".[5] The sarcastic content of a statement will be dependent upon the context in which it appears.[6] Origin of the term The word comes from the Greek σαρκασμός (sarkasmos) which is taken from the word σαρκάζειν meaning "to tear flesh, bite the lip in rage, sneer".[1] Our Use Of Little Words Can, Uh, Reveal Hidden Interests Katherine Streeter for NPR One Friday night, 30 men and 30 women gathered at a hotel restaurant in Washington, D.C. Their goal was love, or maybe sex, or maybe some combination of the two. They were there for speed dating.

6 Sexist Video Game Problems Even Bigger Than the Breasts Some video games are more obviously focused on women's genitals than a gynecologist exam. In games like TERA, a woman's armor is a map of her erogenous zones, defending her from only the most technical definition of nudity. Dead or Alive uses more computer power to model Kasumi's breasts than NASA had for the moon landings. That's actually not a joke. TecmoAnd the results deal with similar levels of gravitational attraction.

The Good Listener: What's The Perfect Soundtrack To Teenage Flirtation? : All Songs Considered We get a lot of mail at NPR Music, and amid the Bachelor Bouquets we ordered ourselves in order to appear loved is a slew of smart questions about how music fits into our lives — and, this week, thoughts on music to play at a dance for nervous, flirtatious teenagers. Nanna writes via Facebook: "This Valentine's Day, I will attend a formal thrown for freshman and sophomore college students in the Netherlands — they are giving us, the lecturers, free drinks, so how could I not? — and I'm already massively looking forward to observing awkward late-teens eyeing each other and trying to flirt. What would be the best soundtrack to this particular event?" These teenagers in the 1998 film Can't Hardly Wait needed their own nostalgia â which is why today's teenagers might not connect with Can't Hardly Wait the way an earlier generation did. Columbia Pictures hide caption