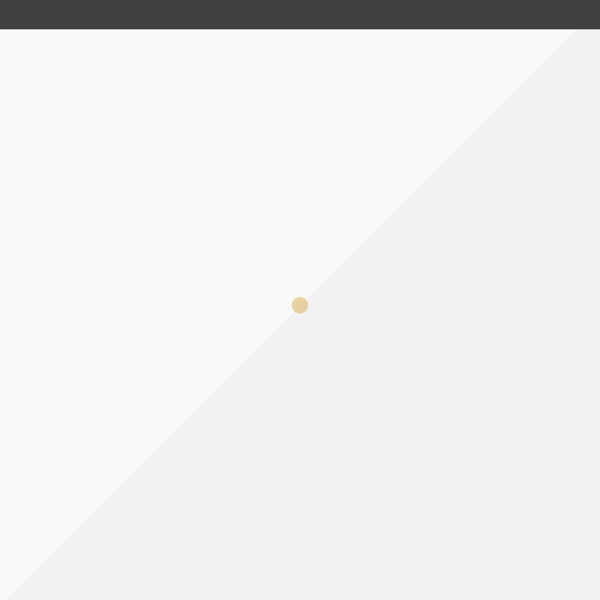 VIP Membership — IMVU 💰 Credits, Discounts & More ✔ Get 5,000 Credits per month ✔ Enjoy 5% savings off everything in the catalog ✔ Take 10% off of badges ✔ Get more (free) Credits each month you remain a VIP as a loyalty reward ✔ Shop together with premium enhancements ✔ Enjoy enhanced dress-up and closet controls 👑 Exclusive Status ✔ Remove "Guest_" from your name for as long as you are VIP ✔ Show your status with an Exclusive VIP Badge ✔ Block unwanted avatar actions ✔ Unlock VIP only avatar actions ✔ Enjoy IMVU without third-party ads ✔ Get a Name Change token after 3 months of Continuous membership ⭐ Special Privileges ✔ Free admission to the Creator Program ✔ Earn Credits by creating and selling your own items ✔ Whisper privately in your chats ✔ Organize your closet with enhanced controls ✔ Create up to 10 chat rooms ($300 value!) ✔ Create up to 10 groups ✔ Enjoy prioritized help, including real-time chat and phone support

Sign Language • ASL Dictionary | HandSpeak Circus bear mauls Russian trainer in front of horrified onlookers; investigation launched | FOX 13 Tampa Bay article Ruslan Solodyuk was performing with Yashka the bear in Olonets as apart of an act when the bear turned on him and attacked. ( Galina Guryeva ) RUSSIA - Onlookers at a Russian circus were horrified Wednesday when a 660-pound brown bear viciously attacked its handler before turning its attention to the audience, prompting officials to launch a criminal investigation. Ruslan Solodyuk was performing with Yashka the bear in Olonets as part of an act where he orders the 16-year-old bear to stand on its two back legs and push around a wheelbarrow. In the video taken by one spectator, the act seems to be going well until the large brown bear turns on Solodiuk and slams him to the ground while biting his arm. Local media reported that the bear then ventured into the audience area, just a few feet away, before it was subdued with an electric shocker. Neither the trainer nor the bear were seriously injured. He said that the bear was on a leash and wore a muzzle at the time of the attack.

driver ava 610f safe image php?d AQAi9Sy6uXInCDFx&amp;w 711&amp;h 400&amp;url https%3A%2F%2Fimg philkotse com%2F2019%2F03%2F26%2Fb7Fg1q9w%2Fdeaf driver ava 610f QR Code Generator - QR Stuff Free QR Code Generator And Creator. ‎New Games on Apple Arcade : App Store Story Apple Arcade is a new service, exclusively from the App Store, featuring groundbreaking new games by the world’s most creative developers. One subscription lets you play all the Apple Arcade games you want, with no ads and no additional purchases. Apple Arcade Rosie's Reality A fun family experience UFO on Tape: First Contact Out of this World Gameplay! Sociable Soccer™ Cross-platform Soccer Action No ads. Share with your familyWith Family Sharing, up to six people can enjoy an Apple Arcade subscription at no additional cost. Marble It Up: Mayhem! Get Ready to Roll! Discolored Restore the missing colors Takeshi and Hiroshi A story about 2 brothers Games in every genreAdventure. Play on iPhone, iPad, Mac, Apple TV, and iPod touchYour Apple Arcade subscription lets you play on all your devices. Guildlings Wizards and Wifi Jumper Jon 30 second adventure! Star Fetched Defend the universe Play online and offNo internet access? The Mosaic You are a cog in the machine Monomals Dive into a world of music!

‎Words With More Friends : App Store Story So you’re a bona fide wordsmith. In Words with Friends 2, you’re handily winning the 20-odd matches you’ve got going with various friends and family members. You’ve beaten the pants off the bots in the game’s new solo mode. But are you ready to take your vocabulary to the live arena in a highly competitive new spin on multiplayer word battles? Then try the game’s new lightning round feature. Unlike a traditional Words with Friends match, which can play out over days, time is not on your side here. Like solo-play mode, this new feature gives you something to do while you’re waiting for friends and family to play their turns. For the time being, you can’t choose the players on your team, but fear not.

‎Games for Nongamers : App Store Story Dream of being Thor’s sidekick? Ready to outsmart the killer from I Know What You Did Last Summer? These easy-to-play games take you inside popular movies, TV shows, and books so you can befriend and even battle the characters you love. Solve crimes under Grissom’s watchful eye in What’s Your Story? ‣ In the Choose Your Own Adventure–style game What’s Your Story? After you customize your character and select their dating preferences, chat it up with everyone from the survivors in Divergent to the witches of Charmed. Your choices shape the plot, so pick wisely! What's Your Story? Swipe your match in Lovelink! When Chuck Norris gives you that look, you know it’s over. ‣ Sure, Chuck Norris was a powerhouse in movies and TV shows. Plow through goons like a human whirlwind and unleash crowd-clearing copter kicks. Nonstop Chuck Norris Games Owen, Clarie, Indominus Rex—this Jurassic World table has them all. Zen Pinball

‎Just Ask Siri : App Store Story Siri can do a lot more than set alarms and call your friends. With iOS 12 and Shortcuts, it has the power to use your favorite apps to help you get things done with just a tap or by saying, “Hey Siri.” Want to check the ETA of the next train on your commute? Or reorder a latte just the way you like it (iced, sugar-free vanilla, with soy)? Siri now works hand in hand with a range of apps—and even suggests actions at just the right time. Custom phrases let you do it all by asking Siri. For boosting productivity Things 3 Organize your life Streaks The habit-forming to-do list Noted․ Bring notes and audio together For a healthier lifestyle 10% Happier: Meditation Find calm, insight, and sleep WaterMinder® Daily Water Reminder & Tracker YAZIO: Calorie Counter App Intermittent Fasting & Keto KAYAK Flights, Hotels & Cars Find the best travel prices Transit • Bus & Subway Times Navigate NYC, LA & 135+ cities TripIt: Travel Planner Trip & Vacation Organizer NBC News: Breaking & US News Breaking News, Live News Video

Disney+ Review: An Embarrassing Launch With Bugs Galore 3 Easy Ways to Install IPA on iPhone without Jailbreak Updated Sep 20,2019 | by Cody As you may know, the latest iTunes 12.7 removed the Apps option, so it is not possible to use iTunes to install IPA on iOS device. Fortunately, there are other methods to install IPA on iPhone, iPad, or iPod Touch for free without iTunes. Whether you want to distribute your apps to users for testing purpose or want to install the old version of a certain app, you can use one of these three methods to get it done without jailbreak. If you have the cracked IPA file, you can also use one of these methods to install paid app for free. Method 1: How to Install IPA on iPhone with Online IPA Installer The first method to install IPA on iPhone would be using online web service Install On Air. If you have the IPA file downloaded on your iPhone, you can also complete this process on your iPhone. If your IPA file is not saved in Files app, you can tap on the Share button and select Save to Files. Of course, you need an internet connection in order to make this work.

Pearltrees - Collect & Share Save bookmarks, documents, files, ebooks, photos, videos, notes and more. Organize them into meaningful collections. Discover and share millions of contents on your favorite topics. With Pearltrees, organize all your interests anywhere, anytime! Dedicated versions of Pearltrees also exist for schools and entreprises. Media says:"The most elegant and visual way of collecting and sharing online content". Pearltrees can be useful in many situations: Personal life: Tech enthusiast? Work: On Pearltrees you can collaborate with your colleagues to manage knowledge efficiently, mutualize best practices, and share notes across your entire company. Education: Pearltrees is now one of the most used tools by teachers and students.