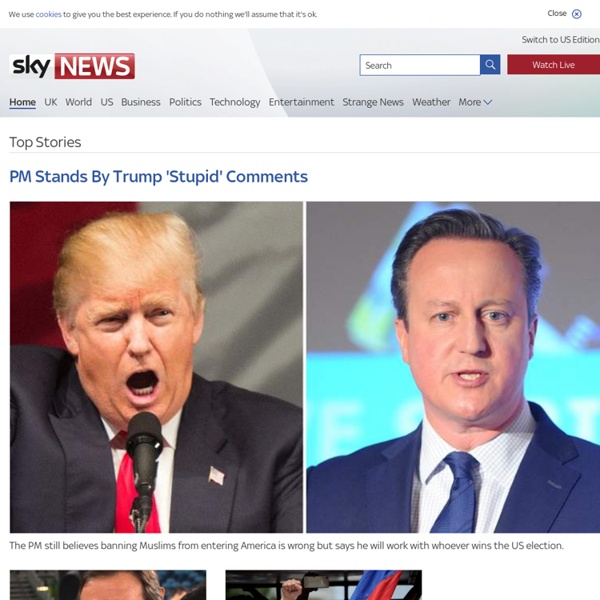 New York Times lesson plans Photo Do your students follow Humans of New York? The site and the related Tumblr and Facebook page created by the amateur photographer Brandon Stanton have millions of followers, and the “Humans of New York” book, published in October, landed in the No. 1 spot on the New York Times hardcover nonfiction best-seller list its first week on sale. As the Times article about the phenomenon puts it: Must Watch Documentaries About The U.S. Real Scientific Evidence of Controlled Implosion "The preconceived notion of NIST is that there's no evidence for explosives, as in there is no point in looking. That is the most unscientific thing which you can possibly think of. Not to look because you don't expect to find evidence and in fact the evidence is overwhelming. They state these conclusions for which there is no evidence and then they ignore conclusions that can be drawn from the evidence." -Lynn Margulis, PH.D, Scientist/Professor, University of Massachusetts

Windows Media Guide First published on October 2, 2017. Revised on June 1, 2018, upon announcement of the discontinuation of the Groove Music iOS and Android apps. On October 2, 2017, we announced that we'd be partnering with Spotify to bring the world’s largest music streaming service to you. We know that access to the best streaming experience, the largest catalog of music, and a variety of subscriptions are top of your list. Listen to News Each Tuesday EnglishClub publishes a short audio news report in easy English from the previous week. With this resource you can practise your listening, reading, writing and even speaking. Preview the vocabulary and read the gapfill text. Play the news report and try to fill in the blanks. Answer the comprehension questions by writing full sentences. Use the discussion question to write an essay or discuss the story with other students.

One in five young people has suffered online abuse, study finds Cyberbullying is a worse problem among teenagers than drug abuse, according to almost half of all young people surveyed in a new study that finds one in five has experienced online abuse. In the global YouGov survey of more than 4,700 teenagers from across the world, a fifth of those who had experienced cyberbullying said it had made them consider suicide, and more than half said being taunted online was worse than being bullied in person. A quarter of those bullied closed down social media accounts and more than a fifth skipped school, the survey commissioned by Vodafone found. Of those who were bullied, almost 40% did not tell their parents, citing feelings of shame or fear. Researchers spoke to 13- to 18-year-olds from the UK, Germany, Italy, Spain, Netherlands, New Zealand, Greece, South Africa, US, Ireland and the Czech Republic.

Selected VOA Special English TV Videos The newer videos are near the top of each category. To see all the videos, go to VOA Special English TV Videos. Architecture Designing a Quake-Resistant Building Starts at the Soil “Simpsons” Scenes and their Reference Movies [Updated] — The Adventures of Accordion Guy in the 21st Century Update: Some quick notes: I didn’t compile or make these images; I found ‘em, thought they were neat and posted them for everyone to see.You can find more images like this at Actualidad Simpson.Yes, they’re stills and not scenes. Time was short when I posted the images and I used the wrong word. Anyone seriously incovenienced by that is eligible for a full refund.Time was so short, that I posted a duplicate set of stills. There are only 66 in the set.Time being short, I also didn’t post movie names. Feel free to identify them in the comments!

The Times in Plain English Something About Which We All Agree: Clutter is the Enemy Teenager's bedroom with clothes, books, and CDs thrown around. There is something about piles of clothing and other household goods. Better@English _Video and audio To learn to speak fluent English, you need lots of exposure to spoken language coupled with opportunities to use what you’re learning. Many learners think that going to a traditional English course is the best way to learn. But you can also learn English very well on your own, without spending a lot of money. Before you sign up for a course, why not make the most of the audio and video resources for English learning that are widely available online?