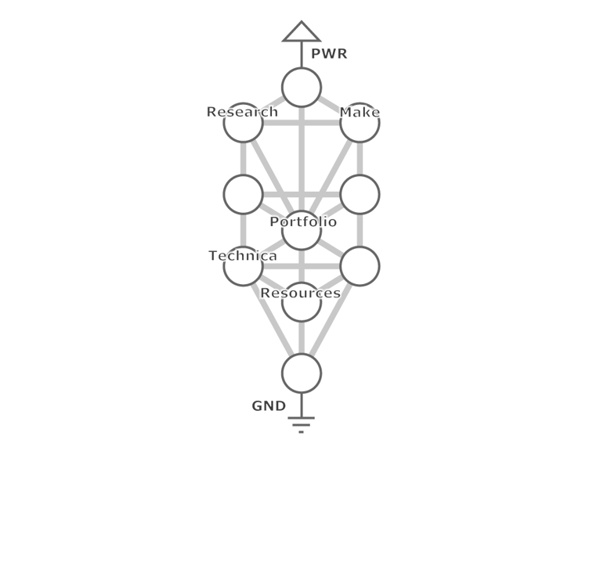 Sgitheach Introduction The origin of this clock lies with the superb designs by David Forbes that can be found here, here and here. I cannot place sufficient emphasis on the fact that without this inspiration and the schematics placed in the public domain by David (as licenced), that my own clock would never, ever have got off the ground. What makes this type of clock special is how the image is created. Many other scope clocks (including my own scope clock 1) use a pair of DACs to drive the CRT deflection amplifiers directly. Objects (lines, circles, arcs) are created by varying the DAC output in steps to move the beam about.

Bookmarks Brought to you by Out There Radio, your weekly podcast for the Occult, Conspiracy Theories, Hidden History, and everything else that makes the world such a strange place. Visit OUTTHERERADIO.NET for more info or subscribe to our podcast in i-tunes.. Click here to subscribe. Arduino – Digital Thermometer LCDs facinate me very much. The second thing I did with my Arduino and the 16×2 LCD was to hook it up as per this schematic and try to say hi Then I used the same logic to display the temperature. Things used for this project are Arduino UNO16×2 Hitachi compatible LCDLM35 Temperature sensor This tutorial was used for the project.

PIC vs. AVR smackdown OK, I know what you people want. You want ultimate fighting, embedded E.E. style. You want to know WHICH IS BETTER, PIC OR AVR? Well, I know what side I'm placing my bets on (AVR of course) but for 99% of beginners, it doesn't matter too much which way you start. Regardless, I'm tired of answering the same questions over & over, so here we go!

Bug Labs: Introducing BUG 2.0 SWARM—Web Services Platform for the Internet of Things The simplest way to build enterprise applications using any type of connected device. More → Start Developing Request a Demo Printed circuit board 'Multiuse PCB2' This small PCB, which I named Multiuse PCB2 is an improved version of multiuse tiny 1. I designed Multiuse tiny1 for my NES/SNES controllers to USB project. Since there is not a lot of space availabe inside an SNES controller, I designed the PCB to be as small as necessary. The PCB has improved since the beginning, thanks to the many other uses I found for this PCB. Top Specifications: Small: width=27.5mm, height=17.7mm, thickness=3.4mm (without regulator) or 5.3mm (with regulator) Atmel AVR Atmega8 microcontroller on-board.

The Man Who Invented Email If you’re reading this, you’re online and, as such, you probably have an email account. But have you ever wondered about the origins of email? It’s not exactly a cut-and-dried case, as various forms of electronic messaging have been around since the humble telegraph. I had the opportunity to sit down with V.A. Shiva Ayyadurai, who holds the first copyright for “EMAIL”—a system he began building in 1978 at just 14 years of age. LCDLibrary (redirected from Tutorial.LCDLibrary) Reference Language | Libraries | Comparison | Changes This library allows an Arduino board to control LiquidCrystal displays (LCDs) based on the Hitachi HD44780 (or a compatible) chipset, which is found on most text-based LCDs. The library works with in either 4- or 8-bit mode (i.e. using 4 or 8 data lines in addition to the rs, enable, and, optionally, the rw control lines).

processing GUI, controlP5 About controlP5 is a library written by Andreas Schlegel for the programming environment processing. Last update, 07/30/2015. Controllers to build a graphical user interface on top of your processing sketch include Sliders, Buttons, Toggles, Knobs, Textfields, RadioButtons, Checkboxes amongst others and can be easily added to a processing sketch. They can be arranged in separate control PGraphics contexts, and can be organized in tabs or groups. → read more. Installation Page 2 - How to make your own personal media cloud using free programs and an old PC The phrase “cloud-based computing” has gotten a lot of hype over the past few years. Consumers have been pummeled with the idea that if their data is not safe in some cloud, then it’s on the brink of the apocalypse. Of course, the reason for said pummeling is to get users to shell out for one of the many paid solutions available today. But since all the cloud really consists of is a server (or group of servers) that is accessible through the internet, with a little knowledge and a DIY attitude a personal cloud can be made with minimal cost.

Blog » FFT Makers need to familiarize themselves with the core concepts and the theory involved in creating applications such as Motion Sensing and Face Tracking. As the technology is churning out new hardware day and night, DIYers need to work hard to keep up and always be in touch with the latest technology around them. For example, anyone working with Accelerometers/ Gyroscopes or Inertial Measurement Units needs to understand the theory of Vectors, Force, Gravity and be able to work out complex mathematical problems. They may easily get an Arduino Board and an Accelerometer Breakout or an IMU Board and use a library instead of writing their own code but to truly understand the theory behind it; how the device actually works, is not for the faint of heart. One such problem is the Face Tracking Application. Unless you know the real theory behind how the Algorithm actually works, you can only wonder about that robot which follows its master.