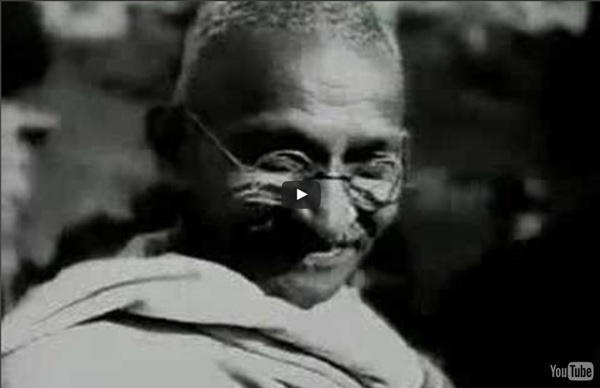 TheLastCollaborator is creating Mental and Emotional Wellbeing | Patreon Basic needs for monthly living expenses. I have no home, no wife, no family but all of you, and I can carry every thing I own. There is nothing i will ever really buy, no where I ever want to go, nothing I want to see or experience, unless it be towards the work I do for others. For two decades I have never ever charged a single person, but my sessions were always face to face, so in a string of people I would help, there was always someone with means who gifted me in return for our work together. By living off those gifts I never had to charge. Sometimes I have lived well, sometimes poorly. I have been everywhere, with everyone. Now, in switching to this public, internet and long distance way of helping others globally, and isolating myself in the Danish farm area, I have lost that string of face to face friends I help. No matter how you may picture me to be living, the reality at this moment is this... My work is going viral, in that i had about 100 shares yesterday. Will you?

joaoa on Vodpod - Videos about web 2.0, digitalism, social networking Or join with email Or Join with Email By joining, you agree to our Terms of Use and Privacy Policy. Or Sign in with email Forgot your password? Forgot your password Enter your email address and we'll send you an email with a link to reset your password. Sign in Joao Alves Top Collection Most Loved Internet Safety Joao Mbuti people Mbuti or Bambuti are one of several indigenous pygmy groups in the Congo region of Africa. Their languages are Central Sudanic languages (a family of the Nilo-Saharan phylum) and Bantu languages. Overview[edit] The Mbuti population lives in the Ituri Forest, a tropical rainforest covering about 70,000 km2 of the north/northeast portion of the Democratic Republic of the Congo. Bambuti are pygmy hunter-gatherers, and are one of the oldest indigenous people of the Congo region of Africa. The Efé, who speak the language of a neighboring Sudanic people, Lese.The Sua AKA Kango AKA Mbuti, who speak a dialect (or perhaps two) of the language of a neighboring Bantu people, Bila.The Asua, the only Mbuti people with their own language, which is closely related to that of the neighboring Sudanic Mangbetu. Around 2500 BCE, the Ancient Egyptians made reference to a "people of the trees" that could have been the Mbuti. Environment[edit] The forest of Ituri is a tropical rainforest. Trade[edit] Labor[edit]

Round n Round We Go- How to Break the Destructive Pattern in Relationships Better Learning with ICT - Online Communities in the Classroom | Teachers TV Elvis Presley Elvis Aaron Presley[a] (January 8, 1935 – August 16, 1977) was an American singer, musician, and actor. Regarded as one of the most significant cultural icons of the 20th century, he is often referred to as "the King of Rock and Roll", or simply, "the King". Presley is one of the most celebrated musicians of the 20th century. Commercially successful in many genres, including pop, blues and gospel, he is the best-selling solo artist in the history of recorded music, with estimated album sales of around 600 million units worldwide.[9] He was nominated for 14 Grammys and won three, receiving the Grammy Lifetime Achievement Award at age 36, and has been inducted into multiple music halls of fame. Life and career Early years (1935–53) Childhood in Tupelo Elvis Presley was born on January 8, 1935, in Tupelo, Mississippi to 18-year-old Vernon Elvis Presley and 22-year-old Gladys Love Presley (née Smith), in the two-room shotgun house built by Vernon's father in preparation for the child's birth.

The False-Front Teddy Bear- How to Find the Good Fight at the True Front Line Amazing Stories of Openness (Open Ed Conference 2009) Alan Levine • cogdogblog.com • cogdogblog@gmail.com Open Education Conference Vancouver August 12, 2009 cogdogblog.com/stuff/opened09 While the Open Education movement focuses on institutional issues, a large ocean exists of powerful individual accomplishments simply from tapping into content that is open for sharing and re-use. See how this all started at cogdog.wikispaces.com/TrueStories Theme and graphics based on the Comic Book Plus copyright free archive of True Comics (1941-1950). Bonus! The CoolIris presentation, plus all videos and links are below the fold or watch all videos via a playlist Lansky Brothers Lansky Brothers (better known as Lansky's) is a clothier in Memphis, Tennessee, run by Bernard Lansky. It has gained worldwide recognition for being and having been the choice location to buy clothes for music celebrities including Roy Orbison, Isaac Hayes and Elvis Presley. History[edit] Samuel Lansky bought a shop for his two sons, Bernard and Guy, at 126 Beale Street in the late forties. Originally a store which sold leftover Army supplies from World War II, Bernard took advantage of the elevating Beale Street music scene and looked to provide clothing for the typical characters of Beale who wanted to dress dapper. Elvis Presley and Bernard Lansky in 1956. At the start of 1952, Bernard noticed a young man who would continuously walk past his window and look inside, but never actually came inside to buy anything. On Sunday, August 14, 2011, Lansky Bros. unveiled a historical marker at 126 Beale St. to celebrate the history of Lansky Bros. at the original location. References[edit]

Los mejores videos educativos | Utubersidad.com The 10 Most Innovative Viral Video Ads of 2010 Josh Warner is president and founder of Feed Company, which promotes and distributes brand videos, including campaigns such as Levi's "Backflip," Ray-Ban's "Catch" and Activision's "Bike Hero." In four years, Feed has seeded more than 200 videos across the social web. Everybody loves viral videos. That's why they're "viral." Ad agencies have been trying, in their own way, to replicate the success of viral videos to help their campaigns get exposure and new fans. For this year's top innovative viral video ads, advertisers and ad agencies split their goodness between web specific videos and great TV ads that did well online. This positive, inclusive tone and tight content/audience match make this year's social videos worth sharing. 1. Click HERE for the full interactive experience.Advertiser: Tipp-Ex Ad Agency: Buzzman Why It Works: What if you were a hunter and had to choose between shooting a bear or dancing with it? 2. Advertiser: Sussex Safer Roads Partnership 3. 4. 5. Advertiser: Puma