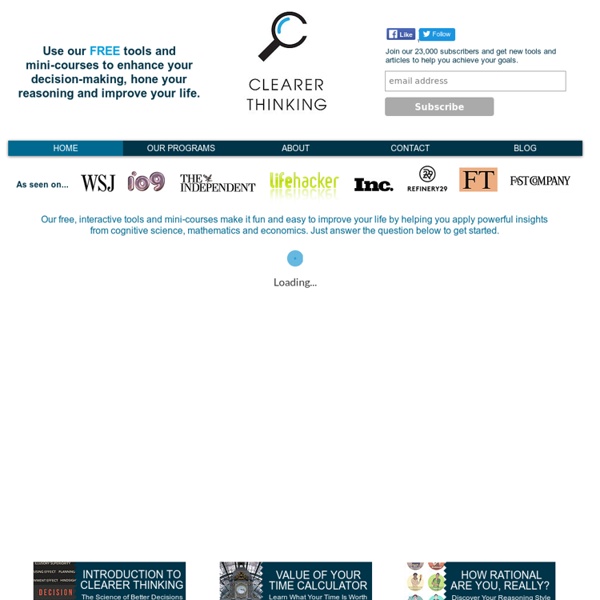 Logical Fallacies: The Fallacy Files The 10 Best Wireless Printers OB Roundup Wireless printers and multifunction printers (MFPs) have become commonplace in both homes and small offices, and many larger businesses are adopting them as well. Wi-Fi connectivity gives you more flexibility in where you put your printer, and gives you one fewer unsightly cable to worry about. Although wireless printers have been available for about a decade, it's only in the past several years that they've come into their own. Newer Wi-Fi printers offer mobile printing support. A small, but quickly growing, number of printers employ Wi-Fi Direct (or its equivalent), a technology that has the potential to greatly simplify wireless connectivity. One thing that's held people back from buying Wi-Fi printers is the perception that they may take a hit in speed. But which one works for you or your business?

Genetic switch left in 'on' position identified by scientists as likely cause of autism in children - Science - News - The Independent It is the first time that researchers have been able to identify a precise mutation that appears to lead to autism, which is known to have a strong inherited component as well as being influenced by non-genetic factors. There are an estimated 700,000 people in Britain with some kind of autistic disorder, which is more than 1 in 100 people in the general population. There is no cure for the condition but the researchers behind the research believe that it might eventually lead to the development of drugs that could ameliorate the symptoms. Scientists studying the cells of a child with autism found that a key enzyme needed for the developing brain seems to be permanently switched on rather than being able to be switched on and off at different times of normal brain development. Loading gallery Science News in Pictures 1 of 103 “Genetic studies are showing that there will be about 1,000 genes linked to autism. “The phosphate group is being added to the UBE3A protein, not to DNA.

The Partially Examined Life | A Philosophy Podcast and Philosophy Blog MENTOR•Knowledge Is Sales Power Selling to dentists presents unique challenges and opportunities compared to other health care sectors. Those who intend to persuade and prompt clinicians toward their products and services will gain a competitive edge by recognizing and responding to the unique attributes of the dental customer. Based on independent research, the following observations about the buying habits of oral health care professionals provides insights you can use to grow your sales in today's tough economic climate. Although buying authority within practices can range across several members of the dental team, the primary purchasing power remains mostly with dentists. Therefore, our focus will be on dentists' behavioral traits and buying motivations. When you boil it down, the "triple Ds" of data, demonstration and doing offer the most powerful approach to selling dentists on any product or service. Doing — Dentists are hands-on people.

This optical illusion will make a hole appear in your hand Breaking news: You probably have two eyes. Ok, that's not news, and frankly, this isn't a breaking story either, but it is a neat trick you may want to try if you've got a piece of paper to hand. Roll it up into a tube and look through it with one eye, as if a telescope, while placing your hand over your other eye, a couple of inches from your face. If you look through the tube primarily, it will begin to look like there is a hole in your hand. This is due to a thing called binocular rivalry - ie. your eyes competing for dominance in focus. Watch the full explainer by Vanessa Hill, below: HT Metro More: Seven still images that look like they're moving - and how they work More: The internet is obsessed with the colours of this dress