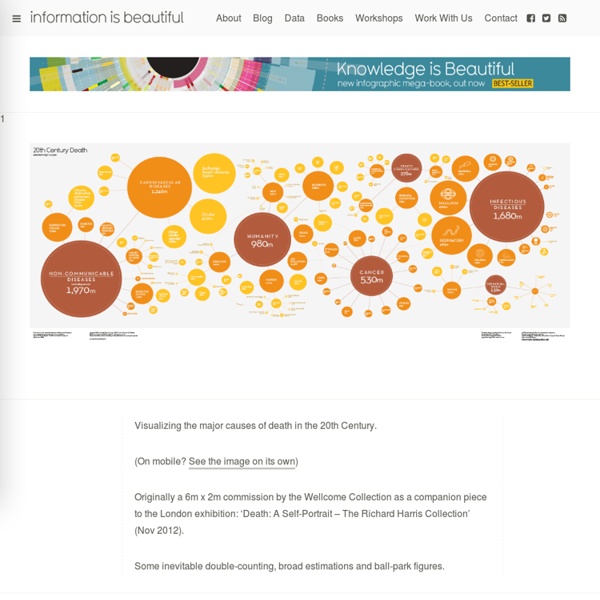 10 Golden Lessons from Albert Einstein Every day I remind myself that my inner and outer life are based on the labors of other men, living and dead, and that I must exert myself in order to give in the same measure as I have received and am still receiving - Albert Einstein Albert Einstein was an amazing physicist. He figured out so many universal principles and equations that he was way ahead of his fellow scientists at any point of time. But he is also remembered for another thing; a quality which made people call him a genius: his words. Prof. 1. Most people don’t try new things because of their fear of failure. 2. 30 years from now, you won’t possibly remember what chapters you had in your science book; you’d only remember what you learn on your way. 3. When you reflect on how far we humans have come from the prehistoric caves to mind-blowing technological advancements, you would feel the power of imagination. 4. Creativity and uniqueness often depends on how well you hide your sources. 5. 6. 7. 8. 9. 10.

United Nations report: Internet access is a human right Internet access is a human right, according to a United Nations report released on Friday. "Given that the Internet has become an indispensable tool for realizing a range of human rights, combating inequality, and accelerating development and human progress, ensuring universal access to the Internet should be a priority for all states," said the report from Frank La Rue, a special rapporteur to the United Nations, who wrote the document "on the promotion and protection of the right to freedom of opinion and expression." La Rue said in his report that access to the Internet is particularly important during times of political unrest, as demonstrated by the recent "Arab Spring" uprisings in Tunisia and Egypt, among other countries. From the report: DOCUMENT: Read the United Nations report La Rue also urges governments to eschew laws that allow for people's access to the Internet to be blocked. Israeli newborn named 'Like' in tribute to Facebook -- Nathan Olivarez-Giles

The Hollywood In$ider Explore data on over 1200 major Hollywood films of the last ten years. Click on the axis labels to view other data. View each year by itself. Or every single year at once. N.B. 250% of budget is considered the breakeven for Hollywood films due to the high costs of marketing (sometimes as much as twice the budget). Concept & Design: David McCandless // Research: Stephanie Smith, Ella Hollowood, Pearl Doughty-White // Code: Tom Evans, Paul Barton, Neil Muralee. » See the data for even more detail. » Sign up to be notified when we update this graphic. » Check out our beautiful books » Learn to be a dataviz ninja: Workshops are Beautiful

Where We Came From, State by State Foreign immigration is a hot topic these days, but the movement of people from one state to another can have an even bigger influence on the United States’ economy, politics and culture. Americans have already seen this with the Western expansion, the movement of Southern blacks to Northern cities and the migration from the Rust Belt. The patterns of migration continue to change. California, shown above, has long been the destination of American dreamers from other states. It no longer plays that role; residents are leaving for greener pastures out East. Today, the state is still pulling in foreign immigrants, but the percentage of American-born transplants has shrunk significantly as more people leave the state. States in the South that have traditionally been dominated by people who were born there are seeing significant in-migration for the first time. The following charts document domestic migration since the turn of the last century, based on census data.

FREE Rhyming Dictionary: Find Rhyming Words in Seconds Think Again: War - By Joshua S. Goldstein "The World Is a More Violent Place Than It Used to Be." No way. The early 21st century seems awash in wars: the conflicts in Afghanistan and Iraq, street battles in Somalia, Islamist insurgencies in Pakistan, massacres in the Congo, genocidal campaigns in Sudan. All in all, regular fighting is taking place in 18 wars around the globe today. So far they haven't even been close. Armed conflict has declined in large part because armed conflict has fundamentally changed. If the world feels like a more violent place than it actually is, that's because there's more information about wars -- not more wars themselves. Getty Images "America Is Fighting More Wars Than Ever." Yes and no. But though the conflicts of the post-9/11 era may be longer than those of past generations, they are also far smaller and less lethal. And the fighting in Iraq and Afghanistan has taken place against a backdrop of base closures and personnel drawdowns elsewhere in the world. Hardly. ROBERTO SCHMIDT/AFP/Getty Images

D3.js - Data-Driven Documents Jobs Charted by State and Salary The industries that people work in can say a lot about an area. Is there a lot of farming? Is there a big technology market? Couple the jobs that people work with salary, and you also see where the money's at. You see a state's priorities. For example, look at California. For a drastic change, switch to Washington, D.C., where people who work in the legal and business sectors are much more common. Move the median salary up a bit, and you get a sense of overall salaries (and a correlating cost of living, kind of) as you check out different states. Anyway, it's an interesting first look at employment data from the Bureau of Labor Statistics. 40 websites that will make you cleverer right now The indexed web contains an incredible 14 billion pages. But only a tiny fraction help you improve your brain power. Here are 40 of the best. whizzpast.com – Learn about our awe inspiring past all in one wonderful place. khanacademy.org – Watch thousands of micro-lectures on topics ranging from history and medicine to chemistry and computer science. freerice.com – Help end world hunger by correctly answering multiple-choice quizzes on a wide variety of subjects. artofmanliness.com – Blog/site dedicated to all things manly, great for learning life skills and good insights. unplugthetv.com – Randomly selects an educational video for you to watch. coursera.org – An educational site that works with universities to get their courses on the Internet, free for you to use. mentalfloss.com – Interesting articles guaranteed to make you smile and get you thinking. feelgoodwardrobe.com – Find out how the world of fashion really works and what you can do to combat it. lifehacker.com – Learn to hack life!

UNESCO The flag of UNESCO. The United Nations Educational, Scientific and Cultural Organization (French: Organisation des Nations unies pour l'éducation, la science et la culture; UNESCO; /juːˈnɛskoʊ/) is a specialized agency of the United Nations (UN). UNESCO has 195 member states[2] and nine associate members.[3][4] Most of the field offices are "cluster" offices covering three or more countries; there are also national and regional offices. UNESCO pursue its objectives through five major programs: education, natural sciences, social and human sciences, culture, and communication and information. UNESCO's aim is "to contribute to the building of peace, the eradication of poverty, sustainable development and intercultural dialogue through education, the sciences, culture, communication and information".[6] History[edit] The first General Conference took place from 19 November to 10 December 1946, and elected Dr. Activities[edit] UNESCO does not accredit institutions of higher learning.[42]

Paperscape About Paperscape Paperscape is an interactive map that visualises the arXiv, an open, online repository for scientific research papers. Each paper is represented by a circle, with the size of a circle related to how often that paper has been cited (referred to) - a measure of its impact. The papers are clustered together according to how they reference each other i.e. share information. Created by Damien George and Rob Knegjens. Urban Population Map Close Source United Nations, Department of Economic and Social Affairs (UNDESA), Population Division special updated estimates of urban population as of October 2011, consistent with World Population Prospects: The 2010 revision and World Urbanization Prospects: The 2009 revision. Graphic presentation of data based on The Guardian, 27 July 2007. This map is stylized and based on an approximate scale. It does not reflect a position by UNICEF on the legal status of any country or territory or the delimitation of any frontiers. Notes Because of the cession in July 2011 of the Republic of South Sudan by the Republic of the Sudan, and its subsequent admission to the United Nations on 14 July 2011, data for the Sudan and South Sudan as separate States are not yet available. Data for China do not include Hong Kong and Macao, Special Administrative Regions of China. Data for France do not include French Guiana, Guadeloupe, Martinique, Mayotte and Reunion.