The difference between classical and operant conditioning - Peggy Andover 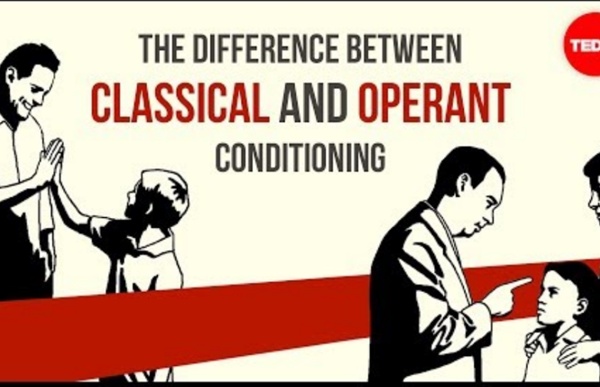 Rewarding safe drivers could make roads safer Insurance schemes that reward safe drivers with lower premiums can actually help prevent accidents, according to a report from the Swedish National Road and Transport Research Institute (VTI). “Pricing of car insurance that is aimed at rewarding safe traffic behaviour can help limit the number of accidents,” the VTI reports in a press release. The report proposes giving insurance companies access to police records of individual traffic offences and crimes - a suggestion that not surprisingly is controversial. In Norway drivers have been made to toe the line since 2004 with a system that assigns penalty points to driver’s licenses for various offences.

How Negative Punishment Works Negative punishment is an important concept in B. F. Skinner's theory of operant conditioning. E-scooter rider jailed after crash causes 6-year-old to suffer brief hearing loss SINGAPORE: An electric scooter rider, who collided into a six-year-old boy near Punggol Park and caused the child to suffer fractures and temporary loss of hearing, was sentenced to five days' jail on Thursday (Nov 7). Neo Wei Chia, 42, pleaded guilty to one charge of causing grievous hurt by a negligent act. He admitted to failing to keep a proper lookout while riding his e-scooter along a section of Punggol Park Connector along Upper Serangoon Road on the evening of Apr 12, 2018. The court heard that Neo was riding his device "speedily" on the right side of the park connector at about 6.30pm that day. READ: E-scooters banned from Singapore's footpaths READ: PMD retailers worried about impact of footpath ban that came without warning"

Punishing a Child Is Effective If Done Correctly TORONTO — While recently published parenting books have preached the effectiveness of positive parenting and “no drama” discipline, psychologists presenting at the American Psychological Association’s 123rd Annual Convention said don’t put timeout in timeout yet. “Parental discipline and positive parenting techniques are often polarized in popular parenting resources and in parenting research conclusions,” presenter and researcher Robert Larzelere, PhD, of Oklahoma State University, said at a symposium. “But scientifically supported parenting interventions for young defiant children have found that timeouts and other types of assertive tactics can work if they’re administered correctly.” In his presentation, Larzelere said his research team interviewed 102 mothers who provided detailed descriptions of five times they had to discipline their toddlers for hitting, whining, defiance, negotiating or not listening.

Does Punishing Speeders Prevent Speeding? – Association for Psychological Science – APS Speeding leads to more car accidents worldwide than almost any other behavior behind the wheel. The World Health Organization (WHO) has cited speeding as the main cause of nearly 30% of all serious or fatal crashes across the globe. Despite the risks of death or injury, people often admit to intentionally speeding. International studies have found that between 66% and 85% of drivers admit to exceeding speed limits. Although measures like speed traps and red-light cameras aim to cut down on speeding, it’s unclear whether these penalties actually improve behavior on the road. A team of Spanish researchers led by Francisco Alonso looked at whether current speeding penalties actually convince people to change their behavior.

What is Negative Punishment (Examples and Effectiveness) In this article, we will review negative punishment, its definition, examples, and drawbacks. American psychologist B.F. Skinner developed the theory of operant conditioning, which stated that a person or animal’s behavior could be increased or decreased by adding or removing appropriate stimuli after the behavior is exhibited. The difference between classical conditioning and operant conditioning is that classical affects unconscious behavior, while operant affects conscious behavior. Within operant, punishment aims to reduce a behavior while reinforcement increase a behavior.

This shows the difference between classical and operant conditioning, which gives an example of how it is used as well. by callistael Mar 28