Why Do We Fall - Motivational Video 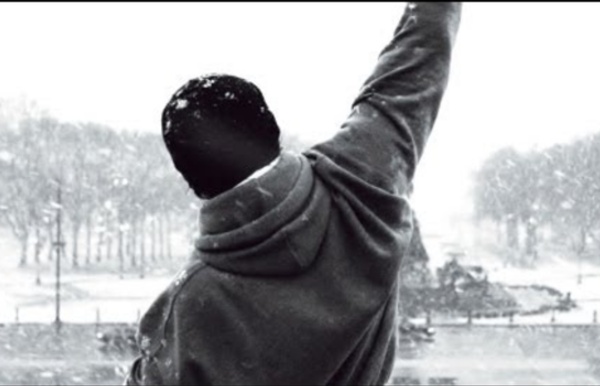 LIAM 108 - Self-Talk Determines Success! Your self-talk is the largest determining factor for your success in any area of life! How you talk to yourself is a reflection of your beliefs about yourself and influences your behaviors. Are you judgmental, harsh, critical, self-deprecating? or are you accepting, loving, kind, supportive, encouraging? Most of us would not have any friends if we talked to them the way we talk to ourselves!

Robin Williams Didn't Kill Himself Robin Williams was 63. He was as successful as anyone could hope to be. It seems almost beyond reasoning to believe that he could have taken his own life. E + R = O and possibly 14-0 The biggest development during Ohio State’s first game week has nothing to do with the opponent or even national championship hopes. It’s actually something that doesn’t relate to on-field play at all. Leadership. Luke Fickell called it a buzzword. The Drive (and Despair) of The Rock: Dwayne Johnson on Battling Depression His five releases in 2013 together reaped $1.3 billion — more than any other star’s box office last year — making him, at least as far as his Hercules and San Andreas producer Beau Flynn is concerned, “the biggest star around.” Johnson has the ease and confidence to go with it. He projects a comfort level with success that makes you think things always have been this way and always will be.

Nudge Nudge or Nudging may refer to: Arts[edit] Nudge, a character from the Maximum Ride series by James Patterson"Nudge Nudge", a sketch from the third Monty Python's Flying CircusGerald "Nudge" Noritis, a character from the Australian sitcom Hey Dad..! Psychology[edit] Science and technology[edit] 4 inspiring kids imagine the future of learning After more than 13 years of research convinced him that children have the ability to learn almost anything on their own, 2013 TED Prize winner Sugata Mitra aspires to shape the future of learning by building a School in the Cloud, helping kids “tap into their innate sense of wonder.” In the spirit of Mitra’s invitation to the world to “ask kids big questions, and find big answers,” we asked four brilliant young people to tell us: What do you think is the future of learning? Here, their answers. Adora Svitak, 15-year-old writer, teacher and activist

What 13 successful people do before going to bed Morning routines are important — but bedtime rituals can have a serious impact on your success. That’s because the very last thing you do before bed affects your mood and energy level the following day, since it often determines how well and how much you sleep. Knowing that, we decided to find out how the most successful spend their nights before surrendering to sleep. Make Your Life into a Masterpiece Make Your Life into a Masterpiece The most important masterpiece you’ll ever create is your life. But to create your masterpiece you must first design it. You must have a vision of what it looks like. Once you have a vision and design it you can begin the process of building it. To help you with your design you can ask questions such as:

How to Grow a Beard for the First Time Odds are you know whether or not this is a possibility by now-so don’t fight nature if you suffer from boy face. But if you can (and would like to) acquire some facial fur, LA-based Baxter Finley barber Christian Olvera has some tips for doing it right. Hit the sweet spot (natural and groomed—not manicured) and a beard will look great with both a beanie and a double-breasted jacket this fall. 1. Have Patience"It’ll take most guys about a month to grow out a full beard," says Olvera.