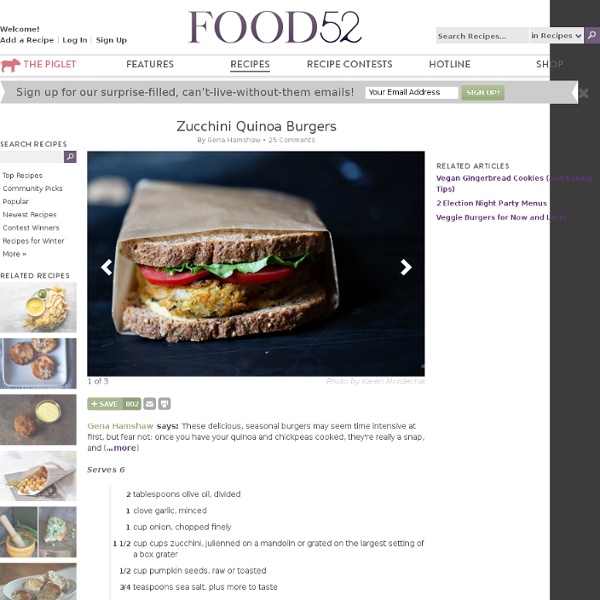 Drop That Burger! Who Said Vegetarians Can't Barbecue? The following is adapted from an article by Priyanka Naik of ChefPriyanka.com. Whoever said that vegetarians and vegans can’t BBQ is in for a surprise! Here is a healthy, creative, delicious, and vegan Indian summertime recipe. Vegetable kebabs are part of contemporary Indian cuisine and are derived from “tandoori”-style foods: breads, veggies, and meats that are marinated and cooked in a tandoor oven, often without skewers. Hariyali Marinade 2-3 small green chilies, chopped 1/2 bunch cilantro, washed and finely chopped 1-inch piece of fresh ginger 2 cloves garlic, chopped Salt Coarse black pepper 1 tsp. cumin powder 1-2 Tbsp. water Extra virgin olive oil Juice of 1/2 lemon 1/4 cup plain soy yogurt 1/4 cup soy milk Dash of sugar First, prepare the marinade: Place the chilies, cilantro, ginger, garlic, salt, pepper, cumin powder, and 1 tablespoonful of water in a blender. To Cook Kebabs on a Grill Turn the grill on high. To Cook Kebabs in an Oven Preheat the oven to 400º to 450ºF.

QUINOA FALAFELS WITH TAHINI SAUCE 1 English Cucumber, cut in matchsticks 1. In a small saucepan, bring 1 cup water to a boil. Add quinoa, cover, and reduce heat to low. 2. 3. 4. 5. Salem Oregon Restaurants | Best Little Roadhouse Restaurant chickpea, cauliflower + Old Bay veggie burgers w/ vegan cashew lemon mayo My little neighbourhood is small and chatty. I was pulling out dandelions in my front yard when an older man that lives a few houses down came right over in his bare feet and joked that I was wasting my time before he introduced himself. It is pretty hard to keep up with those little suckers, but! John reminded me that they are edible, because he’s seen some of the “little old Italian ladies” cooking them up with garlic and whatnot. “What do they call it again…?” he asked. So I finished up the little weeding session and poured myself an ice cold glass of water with a squeeze of lime, perched at my living room window for a minute. I think makin’ it better is almost always contagious if approached with warmth and casual grace. It’s those shiny bits of the everyday that make some of the more elusive, heavy-with-life things seem within reach. So as usual, plant-heavy meal preparation is the small focus strategy that reigns supreme. assembly etc.! Make the cashew lemon mayo.

SMOKY BEET BURGERS We are leaving for our trip in just over a week! I am so pumped. The anticipation is half the fun for me. In the spirit of leaving, I have been trying to use up the food we have so nothing goes to waste. I came across this recipe in an early copy of The New Persian Kitchen than comes out in a few weeks. SMOKY BEET BURGERS // Makes 8 Recipe barely adapted from The New Persian Kitchen by Louisa Shafia I wanted to provide the recipe as written in the book, but I will make a few notes here as well as in the directions. 3 T. grapeseed/extra virgin olive oil1 yellow onion, very roughly chopped1 cup walnuts1/2 cup golden raisins1 cup grated beets3 cloves garlic, smashed2 tsp. sweet smoked paprika1 tsp. salt1 tsp. pepper1/2 cup cooked green lentils1 egg2 cups cooked short grain brown (or white) rice// feta spread //1 cup/ 8 oz. feta cheese1/4 cup whole milk greek yogurtsqueeze of lemon juice1/4 cup chopped cilantrofew grinds fresh ground pepper Heat the oil over medium heat in a large sauté pan.

Alf's - Ice Cream, Burgers, and Monkey, McMinnville, Oregon McMinnville, Oregon Nutritionists say that we've become increasingly isolated from our food. Aside from the occasional lobster tank, we no longer appreciate our appetizers and entrees as something that once was alive. Those experts, however, have probably never dined at some of the places where you can eat animals while watching other animals eat: fish in Illinois, goats in Wisconsin, raccoons in Nebraska -- and a monkey in Oregon. The monkey hangs out at Alf's, a fast food drive-in built in the early 1950s. When Terrie Rickerd bought the place in 1989, it was known mainly for its milkshakes and char-burgers. Then Terrie saw a newspaper ad for an abandoned capuchin monkey. "Then I thought, he's all alone, and he can't be all alone," Terrie said. So Terrie did a surprising thing for a restaurant owner: she knocked out half of her indoor seating and turned it into a glass-windowed room for her primate pal. An Elvis encounter at Alf's depends entirely on timing.

Easy Sweet Potato Veggie Burgers! With Avocado. Crave a veggie burger. One with Panko-crusted edges - infused with tender sweet potato and creamy, rustic white beans. Tall stacked on a toasted grain bun - crisp romaine leaves sprawling out the sides. Lime green avocado. Dijon. These Sweet Potato Tahini Bean Burgers are super easy to make. How-to video added Oct 2014!.. Valentine's Day came and went just as it usually does. "A salad of baby greens, roasted baby beets, tangerines, smoked almond crusted ‘goat cheese’ flirting with a creamy shallot dressing" -RFD menu They were 'almond crusted' a slight smokiness to them. How was your VDay? And those tender crispy balls from RFD really inspired me to post one of my favorite easy veggie burger recipes. So today, I woke up. Easy Burger. I pan-fry. And I don't think I have to remind you how incredibly healthy sweet potatoes and beans are. The Patty. Kathy Patalsky Published 02/21/2012 Sweet potato veggie burgers with avocado, family-approved go-to dinner . Ingredients Instructions Nutrition

Portobello & Peach Burger for Designsponge When Design*Sponge – one of the coolest design blogs on the web – asked if we would like to do a recipe for them, we were quick to say yes. So a few weeks ago we went out to our country house and made one of our favorite summer dinners, Portobello Burgers. We always eat them with mashed avocado and some kind of salsa, instead of the old ketchup and cheese combo. They are very easy to make and taste so incredible fresh. For this recipe we added grilled peaches instead of making a salsa. Scroll down for the recipe or read the whole story on DesignSponge. Grilled Portobello & Peach BurgersMakes 6 burgers Ingredients 6 portobello mushrooms6 peaches6 sweet potatoes6 burger buns of your choice (If you don’t eat gluten, we have a quick gluten-free bun recipe on the blog.)100 g fresh pea sprouts5 small roman tomatoes, sliced5 small spring onions, slicedfresh thymeolive oilsalt & pepper Marinade Ingredients 4 tbsp olive oil2 fresh rosemary sprigs1 tbsp fresh thyme2 garlic cloves1/2 lemonsalt & pepper

El Gaucho Portland You may make reservations with us online or by phone. Parties of four or more must be booked through the restaurant, please call 503.227.8794 to check availability. All major credit cards accepted. Valet parking available. <a href=" >Reserve Now On OpenTable.com</a> ClosuresWe have no closures at this time. Location319 SW Broadway Portland, OR 97205 503.227.8794 Fax: 503.227.3412 HoursSunday: 4:30pm - 10pm Monday-Thursday: 4:30pm - 11pmFriday-Saturday: 4:30pm - 12am Happy Hour Available in our bar/cigar lounge. For years, discriminating diners have trusted the establishments of Paul Mackay to turn landmark occasions into lasting memories. At El Gaucho Portland, you and your guests will be treated to the ultimate dining experience, including the attentive tableside service that is the Mackay hallmark.