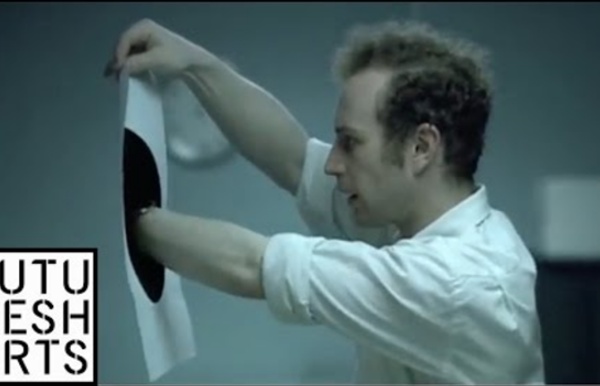 The Best Short Films of 2016 - VICE This year has been a weird, wild, and kind of horrible one. Between the election, refugee crisis, global economy, David Bowie, Prince, Ebola, Brexit, Carrie Fischer, and mass shootings, it's been hard to find the light. Thankfully, it didn't affect any of the films that were released online because they are still pretty outstanding (and, technically, weren't actually made in 2016). At any rate, it was hard to narrow down the list from the more than 2,000 short films I've seen this year—some of which I've written about for this site—but I was able to do so by placing them into categories and setting a few ground rules, which go as follows: 1–40 minutes in length, per Academy standards (not that 40 minutes is particularly short)Released online in 2016 (the production year can be earlier, but it must have still been traveling on the festival circuit)

ESL Listening Comprehension Exercises: Movie clips to practice English SECTION 1: Movie Clips Learning through media (movies, music, etc.) is one of the best ways to learn a new language. The exercises below use movie clips to help you to better understand spoken English. Here's what you do: 2016 Oscar Predictions: Short Film Categories 2016%20OSCAR%20NOMINATED%20SHORT%20FILM%20THEATRICAL%20ANIMATION%20TRAILER.mp4 Share Video READ MORE: Indiewire Awards Season Spotlight Every year, while the industry closely analyzes the most prestigious Oscar races, most notably best picture and best director, three quieter categories fall to the wayside even though they most often are the deal breaker between winning your Oscar predictions pool and going home empty handed. These fields are the three short film categories — best live action short film, best animated short film and best documentary (short subject) — and part of the reason it’s so hard to determine a winner is because how hard it is to screen each nominee. Fortunately, Indiewire’s awards prognosticator Anne Thompson is here to take on the challenge and weigh in on each of the categories

Being Batman by Ryan Freeman We’re living in the age of the superhero. Rising from comic book pages, they have sprung forth to dominate both the box office and our collective popular culture. Heck, even my 2-year-old knows who Spider-man is. 15 Great Short Films Movies and TV Over the last century, cinema has played an increasingly important role in popular culture, combining visual media, soundtrack, and dialogue to mix together three of the biggest components of art: visual art, music and prose. However, with all the attention given to feature length films, short film is often overlooked. These tiny little gems tell marvelous stories in a distinctly short time, making them the visual equivalent of a good short story, a small morsel that can really be viewed and appreciated without devoting hours of your time.

Does Love Last Forever? by Pete Baker On it’s surface, Does Love Last Forever? by The Glue Society’s Pete Baker plays like a traditional love-story – boy meets girl, they fall in love, the live happily(ish) ever after. It’s a story of young love (mix-tapes and all) and how that love changes over the years. A story we’ve heard a million times before…right? But what if the aim of this film wasn’t to (only) create a relatable, emotive romantic narrative?

The Best Online Short Films of 2014 This year was great for ​shorts. Whether you were learning about ​the most dangerous sport o​n earth, what it's like ​to be stuck ​in prison, or what it'd feel like to be part of a ​deadly W​estern joke, there was something for everyone. Presented below is a roundup of some of my favorite short movies from 2014. Free Animated Films: From Classic to Modern Advertisement Watch over 70 free animations online. The collection features some classics, plus some modern gems. You'll find a number of animations of literary classics in the mix too. For more great films, please visit our complete collection, 1,150 Free Movies Online: Great Classics, Indies, Noir, Westerns, etc.. 66 Oscar-Nominated-and-Award-Winning Animated Shorts Online, Courtesy of the National Film Board of Canada - Free - A big collection of prize-winning animated short films.6 Animations of Stories & Poems by Shel Silverstein - Free - Includes “Ickle Me, Pickle Me, Tickle Me Too” from Where the Sidewalk Ends.13 Experimental Short Films by Tezuka Osamu - Free - Early animations by Tezuka Osamau, often called the Walt Disney of Japan.30 Films from the 1970s by Computer Animation Pioneer Lillian F.

Best Short Films By Country Vertical Menu with CSS3 Css3Menu.com The best short movies by country or continent. Watch the best shorts from USA, Europe, India, Asia, Canada, Australia, South America and Africa! Projected Backdrops in Oblivion's Skytower According to Triple Wide Media, 21 projectors were used to canvas 500′ x 42′ screen that wrapped 270 degrees around the set. That couldn’t have been a fun experience calibrating and edge blending, but the results were definitely worth the effort. Given the fidelity of the shots, we wouldn’t be surprised if these kinds of techniques started becoming more common for big-budget films.