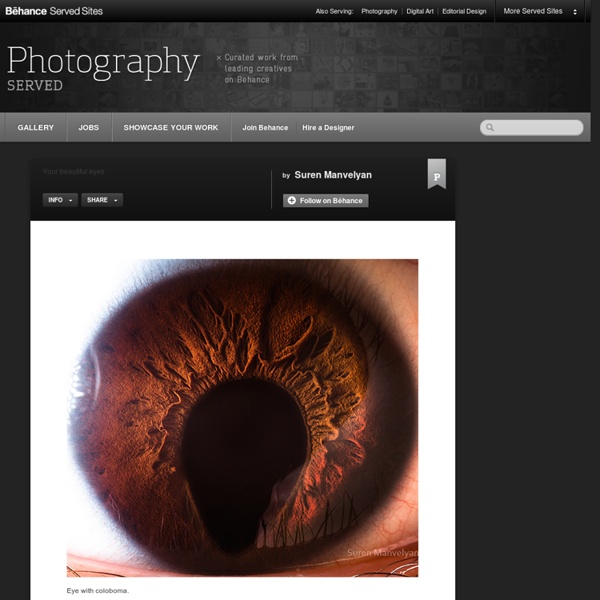 Nan Wood Graham — Joan Liffring-Zug Bourre Nan Wood Graham, 1975 by Joan Liffring-Zug Bourre (b. 1929) Like this: Like Loading... Related edit prostheticknowledge: Holly Herndon - ChorusNet art music video directed by Akihiko Taniguchi who created 3D models of desktops using software and collections of user-submitted photographs - video embedded below: You can even view the models of these desktop spaces in your browser at Akihiko’s site here (via carios) Incredibly Creative Pencil Drawings vs Photography Home » Drawing » Incredibly Creative Pencil Drawings vs Photography 465K Flares465K Flares × Today we are listing incredibly creative and amazing pencil drawings vs photography work of Ben Heine from Belgian, who is a painter, illustrator, portraitist, caricaturist and photographer. Ben Heine was born in Abidjan, Ivory Coast and currently live and work in Brussels.

Mystical, Magical & Magnificent Monasteries in Meteora (20 Pics) The caves in Meteora, Greece, had inhabitants for fifty millennia, but due to raids, “hermit monks” moved to the safety of sandstone rock pinnacles in the 9th century and began building monasteries. More monks and nuns came, building more monasteries perched high upon the cliffs. Wikipedia reports, “Access to the monasteries was originally (and deliberately) difficult, requiring either long ladders lashed together or large nets used to haul up both goods and people.

Computer Graphics Data A 3D model of the real Lawrence Berkeley National Laboratory building 90 3rd floor conference room originally created by Anat Grynberg and Greg Ward, circa 1991. The model was created from manual measurements with coordinates directly typed into a text editor. It is commonly used for global illumination experiments. This model was flipped inside-out at some point in history and appears backwards in some papers relative to the original, with the EXIT signs reading as if in a mirror. Kenzie Lamar at Vicarious Visions fixed the face winding directions on all surfaces to be consistent, re-modeled the trash cans and fire extinguisher to have reasonable normals and joints with no interpenetration, replaced the radiator vents with a single panel, and flipped the EXIT signs. The textures observable (especially in the wood grain) in Ward's original rendering are procedural and are not represented in this model.

2018 Photomicrography Competition Dr. Joseph Fetcho Professor, Associate Chair of the Department of Neurobiology and BehaviorCornell University Joseph Fetcho graduated from Lehigh University with a B.S. in biology in 1979, received a Ph.D. in biological sciences in 1985 from the University of Michigan and did postdoctoral work in neuroscience at the State University of New York at Buffalo. He was initially a faculty member at Stony Brook University and later joined the faculty at Cornell University in 2004 where he served as an associate chair of the Department of Neurobiology and Behavior from 2009-2017. Over the last 25 years, Dr.