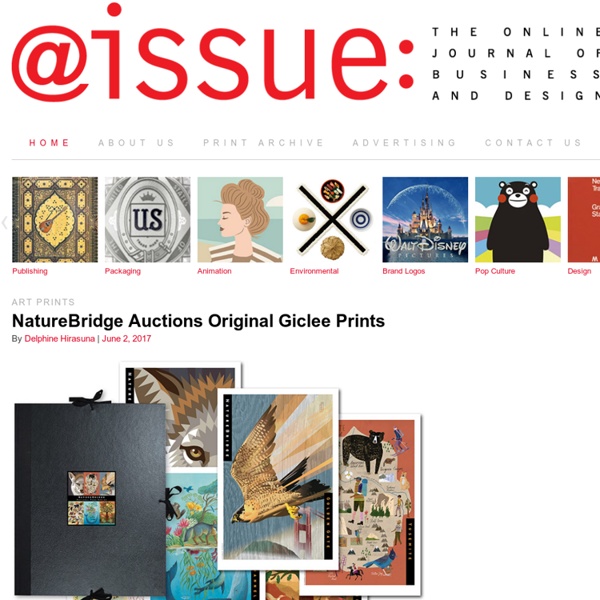 Adbusters Culturejammer Headquarters | Journal of the mental environment Cloudy Collection / Print Editions Sometimes it pays to take a step back from all the tiny details and try to distill something to its essence. Simplicity can sometimes be used to gloss over something more complicated, but in the hands of a master, simplicity can clarify an idea so it declares its message more succinctly. On the other hand, in the hands of a master who also happens to be snarky, the idea of simplicity gets turned on its head, and turned into a great visual joke. This stack of seven letterpress prints is made on 4"x6" white bamboo paper using vegetable-based inks on a Vandercook press. Edition released in December 2010 A special note about this print set: A portion of the proceeds from these print sets will be given to Susan G.

Illustration “Sonar Fates Limited is owned and founded by UK based illustrator Dean Falsify Cook. Sonar Fates grew out of the need to supply mobile gaming & modern culture industries with highly detailed, esoteric illustrations, be them static or in considered motion. Not merely content with providing pixels for hire, he is establishing Sonar Fates as a base on which to launch his own Intellectual Properties. He likes to describe his work as ‘progressive’ and each piece is meticulously designed to first batter the senses and then as the mental dust settles, subtly invite the viewer to ponder the meaning and devour the details. He has had the great honour of working with multiple companies worldwide and has been printed in international publications such as Computer Arts, XFUNS and WebsMedia as well as being featured on prominent sites such as Behance, Digital Art Served and Abduzeedo. He is also a proud member of prestigious international art collective Depthcore.” Whoa.

Opinions on Corporate and Brand Identity Work UnderConsideration is a graphic design firm generating its own projects, initiatives, and content while taking on limited client work. Run by Bryony Gomez-Palacio and Armin Vit in Austin, TX. More… products we sell Flaunt: Designing effective, compelling and memorable portfolios of creative work. Brand New Conference videos / Individual, downloadable videos of every presentation since 2010. Prints / A variety of posters, the majority from our AIforGA series. Other: Various one-off products. writing Graphic Design, Referenced: A Visual Guide to the Language, Applications, and History of Graphic DesignRockport: 2009 Women of Design: Influence and Inspiration from the Original Trailblazers to the New Groundbreakers HOW Books: 2008 The Word It Book: Speak Up Presents a Gallery of Interpreted WordsHOW Books: 2007

aesthetics of joy » color Do we have a universal right to joy? I’ve recently had some new people come into my life who really understand Aesthetics of Joy and what I’m trying to achieve with it. And because they understand it so well, they’re able to challenge me to think about the subject in very different ways. I answered “yes” immediately, purely on intuition, and since then have been thinking through why I believe this so strongly. Why joy and not happiness? Joy, by contrast, is much simpler. This the crux of the matter: the potential for joy is an intrinsic and essential part of our minds. So if we all have the potential for joy already within us, why does it need to be a right? It may sound silly in the abstract, but in practice, there are obstacles to an equal right to joy. The rise of “favela painting,” which brings color and vibrancy to slums and other areas ground down by poverty, is physical expression of this idea. The threat to joy is not an obvious one.

Typography in Prints & Posters - Etsy Art - Page 13 Design is Kinky 60+ Beautiful Photoshop Logo Tutorials And Resources When we talk about a famous brand, the first thing that comes to mind is its logo. The logo is the most essential component of any personal brand and also the hardest part to execute. A logo must be appropriate, aesthetically pleasing and a reflection of the company’s credibility. Furthermore, a logotype should be synonymous with the company or product it represents and should penetrate people’s minds as a selling agent. [Content Care Dec/15/2016] An amateurish logo design can more likely make your business fail for a number of reasons. Today, we present some outstanding logo design tutorials to give you a head start when it comes time to creating an amazing logo for your own business. Further Reading on SmashingMag: Link Logo Design Tutorials Link Logo Design Project Step by Step Walkthrough6 Follow this step by step documentation of the whole process of the logo design from conception to completion. EURO 2008 Logo Design20 Step-by-step tutorial on creating the EURO 2008 logo. (al)