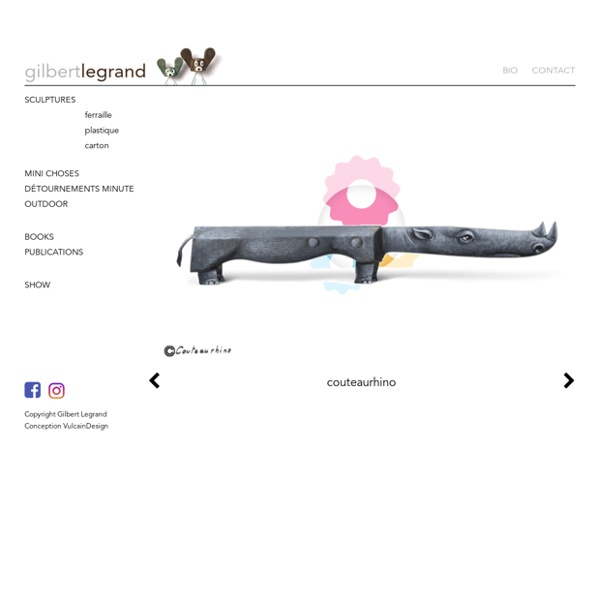 Art Propelled: NOOKS AND CRANNIES Untitled (detail ) , fabric, wood, rust, 132 x 288 x 8 inches by Leonardo Drew Discovering the imposing work of Leonardo Drew was a turning point for me. I couldn't believe what I was seeing ..... Huge wall mounted tableaux of stacked boxes, nooks and crannies stuffed with found objects ...... rusted debris, papers, fabric, discarded wood and domestic and industrial trash. Installation by Leonardo Drew In a way Leonardo Drew gave me permission to continue collecting junk. Foxes, Squirrels & A Picnic on Wine Photography is more than a medium for factual communication of ideas. It is a creative art. - Ansel Adams Automata, Kinetic Art Biography Born in Cincinnati, Ohio in 1962, Tom Haney has always been fascinated by mechanical movement. Once at the age of 2, he became separated from his family in a museum while being transfixed by a mechanical diorama. In subsequent years, his fascination would manifest itself often - he regularly took apart household items, much to his parents' disapproval. He took art classes in high school and attended college studying Industrial Design. Before becoming a full-time artist in 2000, his professional work consisted of making props, models and miniatures for television commercials, still photographers, and motion pictures.

Etiyé Dimma Poulsen - Leonhard's Gallery Etiyé Dimma Poulsen °1968 – Ethiopia Etiyé Dimma Poulsen was born in Ethiopia. After the untimely death of her mother she left the country and eventually ended up in Denmark, where she was adopted by her foster parents, hence the name “Poulsen”. A nomad nolens volens. Biography – Cory Fuhr Canadian Artist Cory Fuhr’s steel sculptures have been gaining notoriety since his gallery debut in 2001. His works have made their way into collections throughout the world captivating a growing audience. From intimate representations of musical instruments to life size human forms his works show both depth and strength. Cory’s mechanical odyssey began in 1996 as his works steadily moved away from the functional to the expressive and narrative. Fuhr is a sculptor who specializes in monumental metal works.

Daisuke Shimodaira on Tokyo Otaku Mode Daisuke Shimodaira, born in 1986, Nagano prefecture. He is a junk artist who reuses scrap parts, an artist with great knowledge. Influenced by his blacksmith grandfather, he specializes in handling iron materials, but is also skilled in the application of animal bones and other raw materials. He received awards at “gt.moo Collection 08” (gt.moo gallery) and “Niigata Art Exhibition Sculpture Category” from a young age and also opened his own exhibition at Hitsuji Art Gallery.