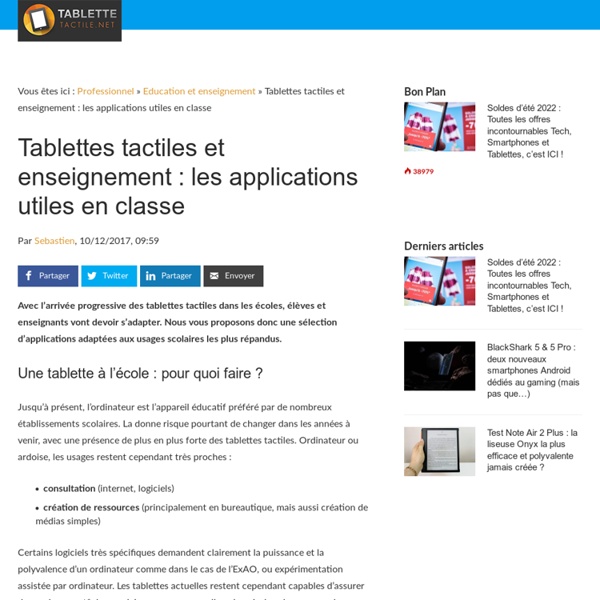 Comment faire pour transférer photos et des images entre Android et l'ordinateur Nowadays, more and more people use their Android smartphone or tablets as a replacement for digital camera. Taking pics on phone is a lot more convenient than carrying around another camera. But what if you lost your smartphone? Wouldn't you like to store the pictures on your computer as a backup? Or get some cute pictures from your computer as phone screen, how will you import them to your phone? With the Android Transfer, you can finish the photos transferring between Android devices and computer easily.

DragonBox Elements DragonBox Algebra 5+ - The game that secretly teaches algebra DragonBox Algebra 5+ Is perfect for giving young children a head start in mathematics and algebra. Children as young as five can easily begin to grasp the basic processes involved in solving linear equations without even realising that they are learning. The game is intuitive, engaging and fun, allowing anyone to learn the basics of algebra at his or her own pace.

Educational Technology and Mobile Learning: Interactive Visual Featuring 6 Tasks You Can Easily Do Using iPad June , 2014 This is an interactive image (created using Thinglink) that features a bunch of useful iPad apps that you can use to do tasks that you would traditionally do using a pen and paper. I really liked the idea of providing alternatives to do things digitally. For instance, instead of taking notes in a notebook or on paper you can use Evernote or any other note taking app to do it on iPad. iPad Apps for Education Add As the first real contender in the category of streamlined computing tablets, the iPad has captured its share of hype. The iPad’s potential remains undeniable, particularly in education.

5 Less-Known iPad Apps For The Flipped Classroom Nothing can replace the physical presence of a teacher. But with so much technology available these days, some teachers and professors are choosing a different way to structure their classes by flipping them. A flipped classroom occurs when a teacher flips the traditional class method (lectures taught in class, homework done at home) to allow students to watch lectures at home and do homework and activities in class.