The Life of William Shakespeare 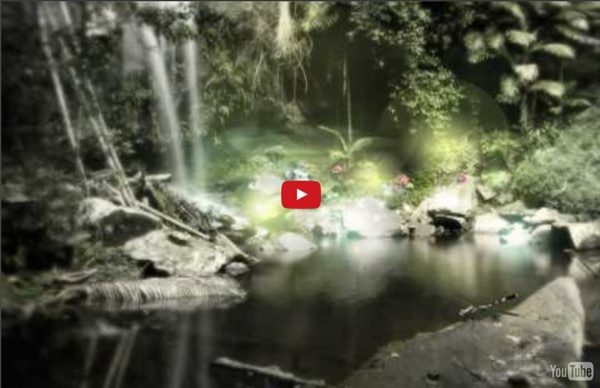 Romeo and Juliet Want more deets? We've also got a complete Online Course about Romeo and Juliet, with three weeks worth of readings and activities to make sure you know your stuff. Before young William Shakespeare wrote his play about two poetry speaking, hormone-driven teenagers who defy their families' long-standing feud and risk everything to be together, love wasn't even considered a suitable subject for a "tragedy." Not anymore. Written at the beginning of Shakespeare's career as a playwright, The Tragedy of Romeo and Juliet (c. 1595) is now considered to be the greatest love story of all time. It wasn't a sleeper hit, either: the play was so popular in its own time that it was published twice during Shakespeare's life (1597 and 1599). Shakespeare adapted the storyline from Arthur Brookes' popular Tragicall History of Romeus and Juliet (1562), a long English poem based on a story that dates back to a novella by Masuccio Salernitano called "Mariotto and Giannozza" (1476). Why? Our point?

Shakespeare for teens By being intimidated by the multilevel narrative and the stylised language we are missing out on some exceptional teaching materials. By depriving our EFL teens of Shakespeare we are depriving them of some of the most riveting, contemporary stories ever to be told in the English language. In your EFL classroom don’t skip it – exploit it! Why teach Shakespeare? Why teach Shakespeare? The fantastic stories.His plays are crammed with stimulating plots and sub-plots. What should I teach? Plays that motivate and excite youIf you know and love a play then you are already better equipped to sell it to your teenage audience.Plays on exam listsThe plays for 2008 are The Tempest, Richard III and Much Ado about Nothing. How can I teach Shakespeare? Emphasize the story firstThe story should always be the focal point of the lesson. ConclusionTeaching Shakespeare in an EFL class is definitely not a time-filling activity: it requires preparation and dedication. Jo Bertrand, Paris

Insults by Shakespeare - April Gudenrath The Hip-hop Shakespeare Company is a music theatre production company founded by MOBO-award winning hip-hop artist Kingslee “Akala” Daley, 25. Based in London, THSC offers young people a different view of the arts and ultimately themselves. Through our education programmes, live music events and music theatre productions we engage young people, particularly those who are considered “hard to reach” and push them toward artistic excellence. By bridging music, theatre and performing arts in non-conventional venues we also strive to alter the perceptions of audiences of all ages, creating the ultimate entertainment experience via literature and the arts across the UK and beyond. Sarah Swann loves to insult her students - just as long as it is in the words of the Bard. Shake it up with some of your own Shakespearean insults.

Romeo and Juliet by William Shakespeare te hell, all Montagues, and thee: Have at thee, coward! [They fight.] [Enter several of both Houses, who join the fray; then enter Citizens with clubs.] 1 Citizen. Clubs, bills, and partisans! [Enter Capulet in his gown, and Lady Capulet.] Capulet. Lady Capulet. Capulet. [Enter Montague and his Lady Montague.] Montague. Lady Montague. [Enter Prince, with Attendants.] Prince. What Shakespeare Sounded Like to Shakespeare: Reconstructing the Bard’s Original Pronunciation What did Shakespeare’s English sound like to Shakespeare? To his audience? And how can we know such a thing as the phonetic character of the language spoken 400 years ago? Shakespeare’s English is called by scholars Early Modern English (not, as many students say, “Old English,” an entirely different, and much older language). 1. 2. 3. Not everyone agrees on what Shakespeare's OP might have sounded like. You can hear an example of this kind of OP in the recording from Romeo and Juliet above. Whatever the conjecture, scholars tend to use the same set of criteria David Crystal outlines. If there's something about this accent, rather than it being difficult or more difficult for people to understand ... it has flecks of nearly every regional U.K. For more on this subject, don't miss this related post: Hear What Hamlet, Richard III & King Lear Sounded Like in Shakespeare’s Original Pronunciation. Follow Open Culture on Facebook and Twitter and share intelligent media with your friends.

Shakespeare's Globe Globe Theatre Links | Home (picture credit: Utrecht University Library) The sketch at left is perhaps one of the most important in theatrical history. In 1596, a Dutch student by the name of Johannes de Witt attended a play in London at the Swan Theatre. Shakespeare's company erected the storied Globe Theatre circa 1599 in London's Bankside district. The story of the original Globe's construction might be worthy of a Shakespearean play of its own. Unfortunately, their aristocratic neighbors complained to the Privy Council about the plans for Blackfriars. In late December of 1598, Allen left London for the countryside. The endeavor was not without controversy. In 1613, the original Globe Theatre burned to the ground when a cannon shot during a performance of Henry VIII ignited the thatched roof of the gallery. The foundations of the Globe were rediscovered in 1989, rekindling interest in a fitful attempt to erect a modern version of the amphitheater. Globe Links Shakespeare's Globe

William Shakespeare's Romeo and Juliet by sarah murray on Prezi Early Modern English Prior to and following the accession of James I to the English throne in 1603 the emerging English standard began to influence the spoken and written Middle Scots of Scotland. Modern readers of English are generally able to understand texts written in the late phase of the Early Modern English period (e.g. the first edition of the King James Bible and the works of William Shakespeare), while texts from the earlier phase (such as Le Morte d'Arthur) may present more difficulties. The Early Modern English of the early 17th century forms the base of the grammatical and orthographical conventions that survive in Modern English. History[edit] English Renaissance[edit] Transition from Middle English[edit] The change from Middle English to Early Modern English was not just a matter of vocabulary or pronunciation changing; it was the beginning of a new era in the history of English. Tudor period (1485–1603), English Renaissance Henry VIII[edit] Elizabethan English[edit] Elizabethan era (1558–1603)