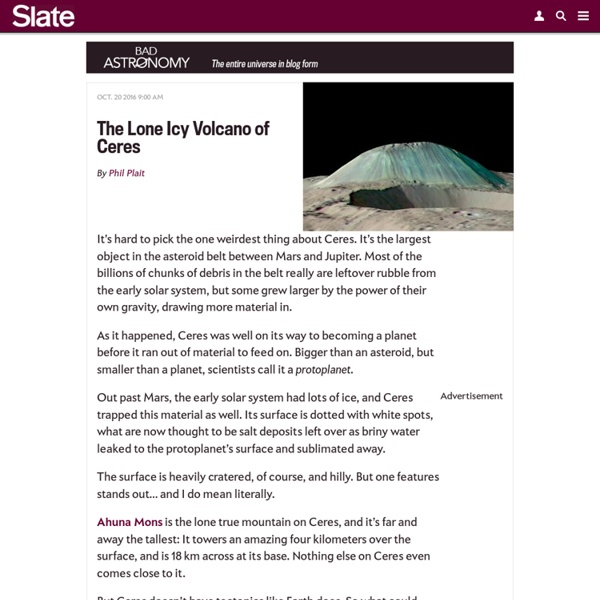 A new paper just published in the prestigious Astrophysical Journal makes a stunning claim: There are 10 times as many galaxies in the Universe as we previously thought. At least. The total number comes in at about 2 trillion of them. Now, let me be clear. This doesn’t meant the Universe is 10 times bigger than we thought, or there are 10 times as many stars. I’ll explain—I mean, duh, it’s what I do—but to cut to the chase, what they found is that there are lots of teeny, faint galaxies very far away that have gone undetected. What the astronomers did was look at extremely deep images of the Universe taken in surveys, for example the Hubble Ultra Deep Field. That’s a lot of galaxies. Surveys like the UDF are limited. The astronomers who did this research had an interesting problem. The answer is two-fold. Those numbers change with distance. At the same time, these faint galaxies are easier to see close to us, and harder farther away. NASA,ESA, H. As the authors themselves say:

Atomic Rockets Your imagination has been captured by the roaring rockets from Heinlein's SPACE CADET or the Polaris from TOM CORBETT, SPACE CADET. But are such rockets possible? How does one go about defining the performance of these atomic-powered cruisers? This document gives some hints and equations that will allow back-of-the-envelope calculations on such matters. Though horribly simplistic, they are far better than just making up your figures. This site was mainly intended for science fiction authors who wanted a little scientific accuracy so they can write SF "the way God and Heinlein intended" (Arlan Andrews's Law).

Eta Carinae Eta Carinae: New View of Doomed Star Credit: X-ray: NASA/CXC/GSFC/M.Corcoran et al.; Optical: NASA/STScI Eta Carinae is a mysterious, extremely bright and unstable star located a mere stone's throw - astronomically speaking - from Earth at a distance of only about 7,500 light years. The star is thought to be consuming its nuclear fuel at an incredible rate, while quickly drawing closer to its ultimate explosive demise. When Eta Carinae does explode, it will be a spectacular fireworks display seen from Earth, perhaps rivaling the moon in brilliance.

Uh oh, Mars Doesn't Have Enough Carbon Dioxide to be Terraformed For almost a century now, the concept of terraforming has been explored at length by both science fiction writers and scientists alike. Much like setting foot on another planet or traveling to the nearest star, the idea of altering an uninhabitable planet to make it suitable for humans is a dream many hope to see accomplished someday. At present, much of that hope and speculation is aimed at our neighboring planet, Mars. But is it actually possible to terraform Mars using our current technology? According to a new NASA-sponsored study by a pair of scientists who have worked on many NASA missions, the answer is no.

Elementary Einstein At the beginning of the twentieth century, Albert Einstein revolutionized the way scientists think about space and time. "Elementary Einstein" takes you on a tour of his surprising ideas and their coolest applications. In his special theory of relativity, Einstein showed that time and length are not as absolute as everyday experience would suggest: Moving clocks run slower, and moving objects are shorter. Just discovered! "Farout", the Farthest Object Ever Seen in the Solar System Astronomers have discovered a distant body that’s more than 100 times farther from the Sun than Earth is. Its provisional designation is 2018 VG18, but they’ve nicknamed the planet “Farout.” Farout is the most distant body ever observed in our Solar System, at 120 astronomical units (AU) away. The International Astronomical Union’s Minor Planet Center announced Farout’s discovery on Monday, December 17th, 2018. This newly-discovered object is the result of a team of astronomers’ search for the elusive “Planet X” or “Planet 9,” a ninth major planet thought to exist at the furthest reaches of our Solar System, where its mass would shape the orbit of distant planets like Farout.

Journal home : Nature Raphael Lis, Charles C. Karrasch, Michael G. Poulos, Balvir Kunar, David Redmond, Jose G. Barcia Duran, Chaitanya R. Badwe, William Schachterle, Michael Ginsberg, Jenny Xiang, Arash Rafii Tabrizi, Koji Shido, Zev Rosenwaks, Olivier Elemento, Nancy A. Mysterious New 'Dark Flow' Discovered in Space As if the mysteries of dark matter and dark energy weren't vexing enough, another baffling cosmic puzzle has been discovered. Patches of matter in the universe seem to be moving at very high speeds and in a uniform direction that can't be explained by any of the known gravitational forces in the observable universe. Astronomers are calling the phenomenon "dark flow." Saturn’s rings are WAY younger than the planet itself… and they’re disappearing. Saturn is a pretty weird place, full of mysteries that seem to multiply the more we investigate them. One of the biggest is literally one of the biggest things Saturn has: its rings. Surprisingly, despite them being the single most obvious and iconic feature of the planet, we don’t know the answers to two basic questions about them: How old are they, and how did they form? But now, using data from the Cassini spacecraft and applying them to subtle models of the planet, scientists have determined an important fact about the rings: They’re young. Very young, far younger than the planet.

First Image of Another Multi-Planet Solar System Want to stay on top of all the space news? Follow @universetoday on Twitter Here’s what we’ve all been waiting for: for the first time, astronomers have taken pictures of a multi-planet solar system, much like ours, orbiting another star. This coincides with announcement of the first visible light image of an extrasolar planet taken by the Hubble Space Telescope. This new solar system orbits a dusty young star named HR8799, which is 140 light years away and about 1.5 times the size of our sun.

Steam-Powered Spacecraft Could Explore the Asteroid Belt Forever, Refueling Itself in Space The era of renewed space exploration has led to some rather ambitious proposals. While many have been on the books for decades, it has only been in recent years that some of these plans have become technologically feasible. A good example is asteroid mining, where robotic spacecraft would travel to Near-Earth Asteroids and the Main Asteroid Belt to harvest minerals and other resources.