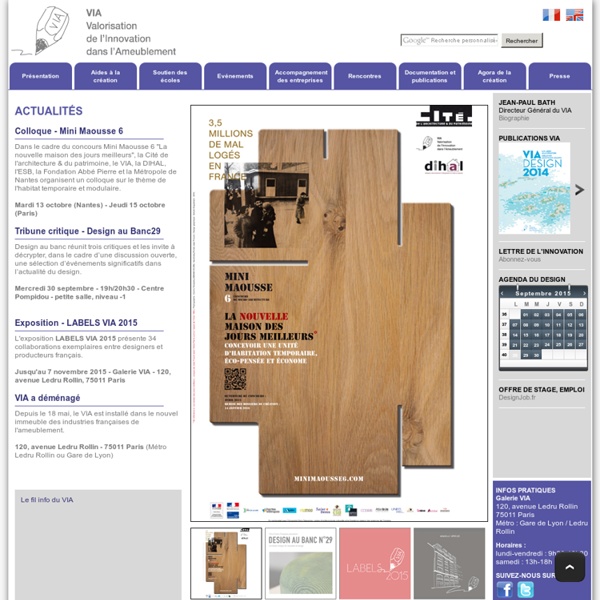 design Archives Marmol Radziner Prefab Marmol Radziner Prefab homes are made from recycled steel and are completed in our factory with your choice of finishes, details, and appliances, many of them environmentally friendly. The homes are not kits or panelized systems; the full construction of your home takes place in the factory, and the finished house can be delivered and placed on your site in as little as 5 months from the time your order is placed.

Today's Ways: A Contemporary Design Show Jolie Clifford Bringing together some of the Gold Coast’s and the nations most exciting designers and creatives, Today’s Ways is set to be a scene changing exhibition for the Gold Coast. Over a casual conversation at lunch, 19Karen gallery director, Terri Lew, recognised the opportunity and current lack of representation of design in the classic white cube gallery. Co-curator, Blundell is empathic about the capacity for design to be represented in this space. “We’ve got new ways of looking at design and the aesthetics of objects. Scholten & Baijings New / THE ART INSTITUTE OF CHICAGO New / COLOUR INSTALLATION New / LONDON DESIGN FESTIVAL New / THE DINNER PARTY

Motion Graphics And 2-D Animation: 10 Tips For A Clean Workflow Mar 09 2010 By Melinda Rainsberger More and more, designers, illustrators and coders are being asked to animate. Animation adds energy to a brand and heightens a customer’s emotional response. The software to do it is reasonably priced, and Internet connections can now deliver high-quality video. Accessories Re-Fire by Francesco Faccin Francesco Faccin designed this project to provide an answer to the provocative message sent to him from the Tempo Italiano platform. It invited its participants to reflect on design past and present, on the meaning of production today, on a return to the origins of the basic needs and actions within a system of sustainable values. Re-Fire is a kit for manually lighting a fire; it was inspired by the systems used by primitive Man. Two pieces of different types of wood – a piece of hardwood and a piece of softwood) are rubbed together; in just a few seconds, the friction produces smouldering ash and this can be used to light a fuse in a highly inflammable dry material. Each component is essential for the creation of fire, and the specific wood types selected correspond to a precise technical characteristic.