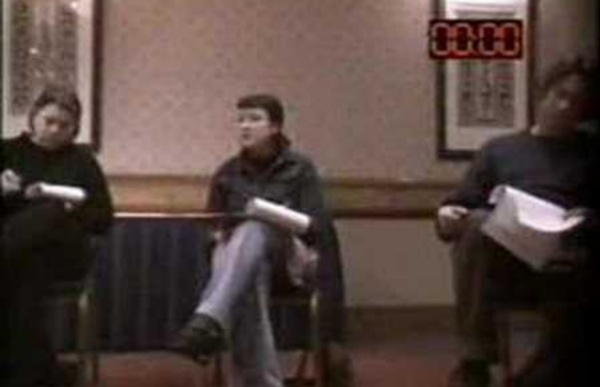 Strategies for Effective Helping In addition to the 5 Decision Making Steps, there are a number of strategies you can use for effective helping. (For action steps in each topic area please go to that specific topic): Emergency Helping — General Strategies Emergency situations unfold quickly and often require immediate helping responses. Carefully assess the entire situation/circumstances before making any decisions or taking any action. Example: George Floyd's Death - Police violence and the ‘bystander effect’ explained Since George Floyd died after police officer Derek Chauvin knelt on his neck for almost nine minutes on May 25, demonstrators across the country have gathered to protest police actions against African Americans. While most of the protests were calm, in several cities police officers have used force against demonstrators and journalists under the justification of crowd control. The sight of officers in riot gear beating marchers, firing rubber bullets and chemical- or pepper-based irritants, and shoving activists has reignited questions about accepted practices in the nation’s law enforcement community. Francesca Gino, Tandon Family Professor of Business Administration at Harvard Business School, studies leadership, the psychology of decision-making, and organizational behavior. She has written about how an organization can develop a culture that can turn harmful to its own people, to the success of its mission, and to its own reputation. This is not a story in isolation.

Diffusion of Responsibility: Definition and Examples in Psychology What causes people to intervene and help others? Psychologists have found that people are sometimes less likely to help out when there are others present, a phenomenon known as the bystander effect. One reason the bystander effect occurs is due to diffusion of responsibility: when others are around who could also help, people may feel less responsible for helping. How to Break the Bystander Effect They could have left it to someone else. An Army veteran blocked a shooter in Oregon from entering his classroom. Three friends on a high-speed train from Paris to Amsterdam helped stop a gunman wielding an AK-47. This past spring, an Army captain in North Carolina pulled a couple to safety after a fiery car crash. Were these men instinctively courageous, or had they learned to be?

How the Social Context Influences Helping – Principles of Social Psychology – 1st International Edition Review Bibb Latané and John Darley’s model of helping behavior and indicate the social psychological variables that influence each stage. Although emotional responses such as guilt, personal distress, and empathy are important determinants of altruism, it is the social situation itself—the people around us when we are deciding whether or not to help—that has perhaps the most important influence on whether and when we help. Consider the unusual case of the killing of 28-year-old Katherine “Kitty” Genovese in New York City at about 3:00 a.m. on March 13, 1964. Her attacker, Winston Moseley, stabbed and sexually assaulted her within a few yards of her apartment building in the borough of Queens. During the struggle with her assailant, Kitty screamed, “Oh my God! He stabbed me!

Six Ways to Boost Your “Habits of Helping” In 2008, I lost my job of 20 years and uprooted my family to pursue a new position. The move strained my marriage, my relationship with my son, my sense of well-being. Like many Americans in their 50s who thought they were more or less past any financial worries, I found myself anxious for the first time in years. I know my story is not unusual. These are hard times. Much of our nation, and our planet, is confronted with environmental and economic upheaval.

"Intervene" Bystander Campaign Project Description The Skorton Center for Health Initiatives at Cornell Health, in collaboration with the Cornell Interactive Theater Ensemble, has developed a new bystander intervention video and workshop called Intervene © 2016. What is Intervene? Reducing the Bystander Effect As discussed, there are a number of factors that magnify the Bystander Effect. Fortunately, there are also a number of factors that weaken it. Once again, factors can be divided into characteristics of the situation, and of the people. Situational characteristics Dangers of the incident The bystander effect is being made worse by people filming violent events on their smartphones On April 9, 2017, a video of a man being dragged off a United Airlines flight was posted on the internet and went viral. But I don’t need to tell you that. Each of your most outspoken Facebook friends probably posted about the event, highlighting the aspects of it that best reinforced their worldview. The incident was covered all over American media and even sparked outrage in China. The collective focus may have now moved on to its next source of outrage, but there was something that only a few people noticed in the moment: a plane full of quiet passengers.