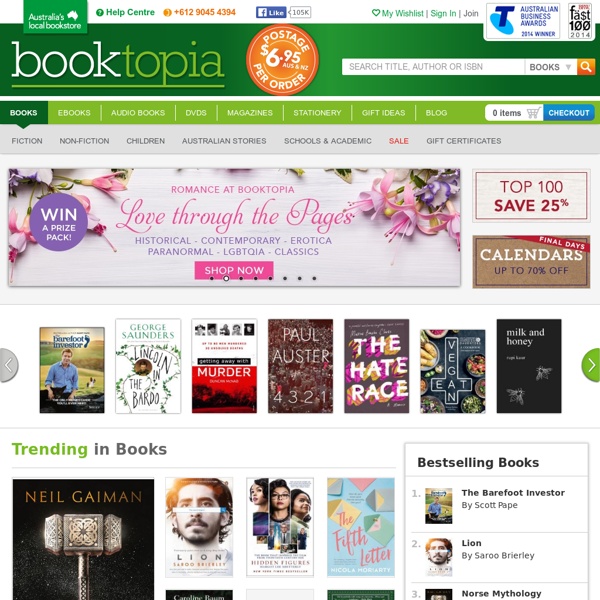 1001 Books You Must Read Before You Die - Wikipedia The list[edit] The list contains 1001 titles and is made up of novels, short stories, and short story collections. There is also one pamphlet (A Modest Proposal), one book of collected text (Adjunct: An Undigest), and one graphic novel (Watchmen). There have been two major revisions of 280 odd titles, one in 2008 and one in 2014. Release details[edit] References[edit] Home - How To Train Your Dragon The Book Design Review In no particular order, here are my favorite book covers of 2008. (And here are the 2007, 2006, and 2005 lists.) New this year: Linked titles lead to the original post, if one exists. A very small number of titles were actually published in December 2007. Lastly, this year's list has more U.K titles than in the past, so some designer credits are missing. So here we go: Things I've Learned From Women Who've Dumped MeDesign by Paul Sahre ViolenceDesign by Henry Sene Yee U.S. vs ThemDesign by J. The Mayor's TongueDesign by Gray 318 The Terror DreamDesign by Henry Sene YeeIllustrations by Andrea Dezsö Soon I Will Be InvicibleDesigner unknown Stuffed and StarvedDesign by Carol Hayes Something to Tell YouDesigner unknown Sharp TeethDesign by Christine Van BreeIllustration by Natasha Michaels The Trouble With PhysicsDesigner unknown All the Sad Young Literary MenDesign by The Heads of State Make Room! The Work of Art in the Age of Mechanical ReproductionDesign by David Pearson Lopsided. Total Votes: 4,502

Shirt and Skirt Markets dialogue - Is the Marcus Aurelius quote in Black Sails a rewrite? - Movies & TV Stack Exchange This is perhaps not the best place for this Q, but I'm not able to find any site more suitable. (Have looked at English Language and Usage, Writers and the like, but doesn't seem to fit.) Towards the end of Black Sails third episode we are given a read by Miranda from Marcus Aurelius Meditations. With the possibility of not recapturing it correctly it goes something like: – The emperor writes: How should you be? Is this from an existing translation / rewrite, or is it a rework by the authors of the TV-series? Translation (1862) by George Long (1800 – 1879) can be found here, which at end of book four has: […] Be like the promontory against which the waves continually break, but it stands firm and tames the fury of the water around it. […] It reminds me of the quotation from Dante's La Vita Nuova read by The Doctor in the Star Trek episode Latent Image in which he reads: Where the more literal translation say: Is this the same case?

Welcome to the Online World of Rick Riordan! The National Charity T-Shirt About The National's T-Shirt What other circular arrangements, whose ratio of circumference to diameter equals a delicious YBP pi, could make YBP feel so wonderful? Top 3 Answers on the Board: Cheerios, Olympics, and Lion King's circle of life. But seriously, this design illuminates the reality that everyone is connected and that life comes full circle. We don't want to make this a circular discussion, but get this t-shirt of primary colors and help Safe Space protect and promote the self-sufficiency of NYC's children. About The Band The National are a Brooklyn based indie-rock band, originally from Ohio. About The Cause Safe Space is a New York based charity, which works with disadvantaged families and children to prevent foster care placement, and allow children the opportunity to grow up and live a safe and healthy life.

Gift Ideas & Gifts Australia | Australia's Online Gift & Giftware Shop Desiderata 1920s prose poem by Max Ehrman 1976 edition of The Desiderata of Happiness poetry collection "Desiderata" (Latin: "things desired") is an early 1920s prose poem by the American writer Max Ehrmann. Although he copyrighted it in 1927, he distributed copies of it without a required copyright notice during 1933 and c. 1942, thereby forfeiting his US copyright.[1] Largely unknown in the author's lifetime, its use in devotional and spoken word recordings in 1960 and 1971 called it to the attention of the world.[2] History[edit] Desiderata Go placidly amid the noise and the haste, and remember what peace there may be in silence. Max Ehrmann, 1948 The 1948 version was in the form of one long prose paragraph, so earlier and later versions were presumably also in that form. Copyright status[edit] On January 3, 1927, Ehrmann registered "Go placidly amid the noise and the haste, etc." under US copyright number A 962402.[11][12] In 1948, three years after Ehrmann's death, Bertha K. In 1967, Robert L.

poppytalk E-cards by Jacquie Lawson: Birthday Cards, Holiday Greetings & More Avicenna Avicenna (/ˌævəˈsɛnə/; also Ibn Sīnā or Abu Ali Sina; Persian: ابن سینا‎; c. 980 – June 1037) was a Persian polymath who is regarded as one of the most significant physicians, astronomers, thinkers and writers of the Islamic Golden Age.[5] He has been described as the father of early modern medicine.[6][7][8] Of the 450 works he is known to have written, around 240 have survived, including 150 on philosophy and 40 on medicine.[9] His most famous works are The Book of Healing, a philosophical and scientific encyclopedia, and The Canon of Medicine, a medical encyclopedia[10][11][12] which became a standard medical text at many medieval universities[13] and remained in use as late as 1650.[14] In 1973, Avicenna's Canon Of Medicine was reprinted in New York.[15] Besides philosophy and medicine, Avicenna's corpus includes writings on astronomy, alchemy, geography and geology, psychology, Islamic theology, logic, mathematics, physics, and works of poetry.[16] Name[edit] Circumstances[edit] [edit]