Ghost in Your Genes 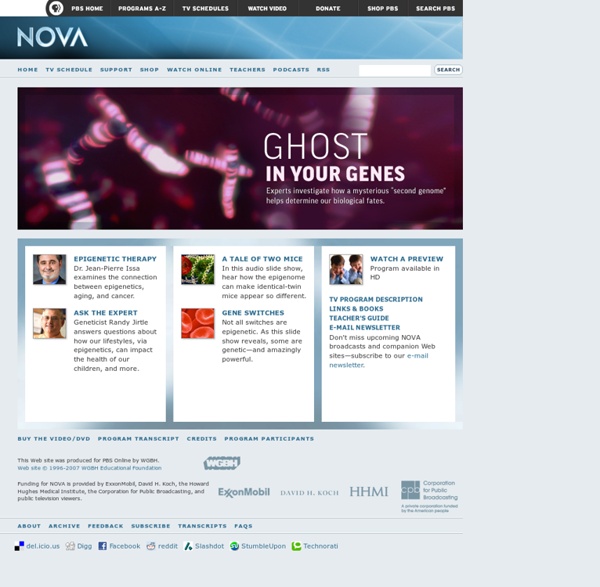 Geniverse Research Overview Geniverse research is being led by our research partner, BSCS, with assistance from our evaluator partner, TERC. Our research study is examining how the Geniverse materials affect students’ genetics content knowledge and abilities to engage in scientific argumentation. The research study began in the fall of 2012 with 48 teachers. An added feature of our research design is the ability to avoid measuring implementation dip – that is, the effects of immature implementation often measured in randomized experiments. Student Outcome Measures Student Content Knowledge Our primary measure of student achievement employs two sets of test questions. For the proximal items, we looked closely at each Geniverse learning goal and activity, and developed or identified items that aligned with each. For the distal items, we are using an instrument by Tsui and Treagust (2010) designed to diagnose scientific reasoning in genetics. Motivation Argumentation Other Measures

Study of Holocaust survivors finds trauma passed on to children's genes | Science Genetic changes stemming from the trauma suffered by Holocaust survivors are capable of being passed on to their children, the clearest sign yet that one person’s life experience can affect subsequent generations. They also analysed the genes of their children, who are known to have increased likelihood of stress disorders, and compared the results with Jewish families who were living outside of Europe during the war. “The gene changes in the children could only be attributed to Holocaust exposure in the parents,” said Yehuda. Her team’s work is the clearest example in humans of the transmission of trauma to a child via what is called “epigenetic inheritance” - the idea that environmental influences such as smoking, diet and stress can affect the genes of your children and possibly even grandchildren. The idea is controversial, as scientific convention states that genes contained in DNA are the only way to transmit biological information between generations.

Air Pollution Causes Epigenetic Changes That May Trigger Asthma Once Nadeau understood the role of the methyl groups in gene expression, all the dots began to connect. She believed that air pollution triggered asthma in her Fresno patients by tagging Foxp3 in immature T cells with methyl groups, switching off its expression. This prevents the cells from maturing into those police officer T-regs that hold T helper cells in check. More exposure to pollution, then, would mean more methyl groups. As it turned out, Foxp3 bore the fewest methyl groups in Palo Alto children without asthma, and more in Palo Alto children with the disease. Nadeau and Tager published their results in the Journal of Allergy and Clinical Immunology in 2010. Smoke Screen Nadeau’s findings revealed that pollution could cause asthma by altering our biology at a fundamental level, changing how our very genes behave. Nadeau wanted to examine how air pollution and secondhand smoke — both linked to asthma — spurred epigenetic changes to Foxp3.

NIH finally makes good with Henrietta Lacks' family -- and it's about time, ethicist says Over the past six decades, huge medical advances have sprung from the cells of Henrietta Lacks, a poor, African-American mother of five who died in 1951 of cervical cancer. But Lacks never agreed that the cells from a biopsy before her death taken could be used for research. For years, her own family had no idea that her cells were still alive in petri dishes in scientists' labs. On Tuesday, the National Institute of Health announced it was, at long last, making good with Lacks' family. The new understanding between the NIH and the Lacks family does not include any financial compensation for the family. It took more than 60 years, but ethics has finally caught up to a particularly fast-moving area of science: taking tissue samples for genetic research. The news of the day is that the analysis of the genetic makeup of HeLa cells, the most useful cells used in all of biomedical research, has been completed. Each question was resolved.

Comments Claire Hoffman I don't see the point in storing the DNA of people like Stephen Hawking. Though he is truly a brilliant man, who is to say that his DNA holds this genius and it was not his life experience that made him so great...if a 'clone' was created then surely it would need the same influences, education and experiences that the original had to become equal to them 🤔 22 · Jun 9 Artu Btu Also read up on "CRISPER" if your interest in DNA has been peaked. you can find it on Wikipedia 1 · Jun 8 Ĵavier Marcelo' Come on you guys, it´s been more than ten years since the discovery of the human genome mapping and this is what you came up with? Juan Romero Lance Armstrong's DNA. 5 · Jun 8 Bill Fields GOD is the Designer and Engineer, the Architect and Master Builder with a purpose and plan.....could we expect less ? 4 · Jun 8

A Mendel Seminar Photo Credit: Clipart.com Purpose To learn about Gregor Mendel's discovery of a process of biological evolution: how recessive and dominant traits are passed from one generation of living organisms to the next. Context In middle school, students start to learn about genetic traits (Benchmarks for Science Literacy, p. 108.), where they come from, and how they are passed down from parents to their offspring. But students do not start learning about evolution and how it exists through natural selection until high school. The lesson, constructed around Gregor Mendel's 1865 paper, is one in history, scientific inquiry, methodology, classical genetics, and plant biology. You will want to do this lesson with juniors and seniors who have had preparatory college biology classes. You will guide students through a thorough discussion of the (first half of the) paper Mendel wrote about his pea plant experiments. You should be aware of several common misconceptions as you conduct this lesson. Class One

Sleep & Gene Expression Photo Credit: Clipart.com Just one week of sleep deprivation alters the expression of at least 711 different genes. Transcript Sleep loss affects gene function. I’m Bob Hirshon and this is Science Update. Just one week of mild sleep deprivation affects the function of 711 different genes. Archer:The changes are quite large, and they’re comparable to the kinds of differences that you would see if you were to compare, for example, a normal tissue with a diseased tissue. Genes linked to inflammation and stress increased their activity in sleep-deprived people, while master control switches that regulate the whole body became sluggish. Making Sense of the Research It's well known that sleep deprivation can have a wide range of effects, including irritability and depression, memory and cognitive deficits, impaired driving skills, and a higher risk of obesity, cardiovascular disease, and possibly even some kinds of cancer. But those instructions aren't always carried out in the exact same way.

Genetic Science Learning Center Launch Tool The Genetic Science Learning Center is a great place to visit to explore and learn about cells, heredity, DNA, genes, natural selection, etc. The Learn.Genetics part of the site is geared to students, teachers, and the general public. It delivers educational materials on genetics, bioscience, and health topics. The homepage is divided into three main sections: Basics, New & Popular, and a section that highlights a variety of topics, from genetic technology to the new science of addiction. Going Further For Educators In addition to the Learn.Genetics part of the site, you can make use of the Teach.Genetics section, which has resources and information aimed at helping you bring genetics, bioscience, and health alive in the classroom. Teach.Genetics also provides unit plans and other supporting resources, such as talks by scientists with expertise in genetics. Send us feedback about this Tool >