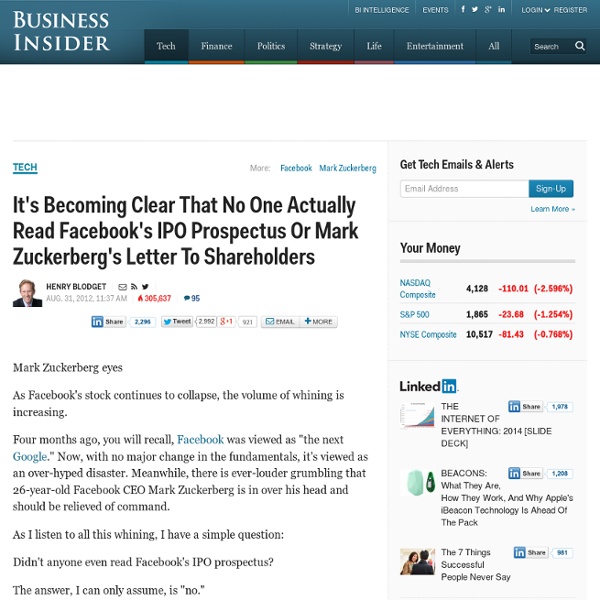 Massachusetts Fines Morgan Stanley Over Facebook I.P.O. Richard Drew/Associated PressAlmost as soon as Facebook went public on May 18, questions arose and problems showed up with the trading of its shares. 10:48 a.m. | Updated Morgan Stanley is paying for its role in the troubled stock market debut of Facebook. On Monday, Massachusetts’s top financial authority fined the bank $5 million for violating securities laws, the first major regulatory action tied to Facebook’s initial public stock offering. William F. “The broader message here is we are going to use any means possible to enforce the strict code in place about giving out information,” Mr. The consent order did not name the Morgan Stanley banker, referring to him as a “senior investment banker.” “Morgan Stanley is committed to robust compliance with both the letter and the spirit of all applicable regulations and laws,” a Morgan Stanley spokeswoman, Mary Claire Delaney, said. Mr. The fine is a small dent in the firm’s overall profit from the Facebook public offering. This behavior, Mr.

Brain Pickings Facebook IPO fallout might get even worse (Photo: ITAR-TASS/Stanislav Krasilnikov/CP) The most anticipated initial public offering in years has also turned out to be the most disastrous. Trouble began almost immediately for Facebook on May 18, when its first day of trading was delayed by half an hour due to technical glitches on the Nasdaq exchange. Problems continued throughout the day as the system was overloaded with requests. But what’s worse than the immediate IPO fallout is Facebook’s current share price. To wit, revenue from Facebook’s payments operation (money earned when users purchase virtual goods for games) is under pressure. The decline in payments only increases the pressure on Facebook to nail its mobile advertising strategy. New attempts to tap the mobile market are promising—mobile ad revenue was virtually zilch at the start of the year, but now Facebook is earning approximately US$3 million per day.

(BL1) L'ajout d'image via drag & drop modifie ma dernière personnalisation Biggest Tech Flops Of 2012: Top 5 Failures, From The Facebook IPO To Microsoft Surface Below is a list of tech’s biggest flops in 2012, from products that never took off to business moves that failed miserably. Google’s Nexus Q. At its I/O developers’ conference in June, Google touted its Nexus Q device to be a premiere addition to its Nexus-branded line of products. The round Android-based social streaming media player was offered up for pre-order alongside the Nexus 7 in June, but was quickly removed from the Google Play Store. The company had decided to “postpone the consumer launch of Nexus Q while we work on making it even better.” Microsoft’s Surface for Windows RT. When the Surface initially launched, Microsoft failed to accurately clarify the difference between Windows 8 and Windows RT. Apple Maps. However, when iOS 6 launched in September, users were met with some unpleasant surprises. “At Apple, we strive to make world class products that deliver the best experience possible to our customers,” Cook wrote in his open letter. Facebook IPO. Sean Parker’s Airtime.

Leverage Points: Places to Intervene in a System Solutions Classic How do we change the structure of systems to produce more of what we want and less of that which is undesirable? After years of working with corporations on their systems problems, MIT’s Jay Forrester likes to say that the average manager can define the current problem very cogently, identify the system structure that leads to the problem, and guess with great accuracy where to look for leverage points—places in the system where a small change could lead to a large shift in behavior. This idea of leverage points is not unique to systems analysis—it’s embedded in legend: the silver bullet, the miracle cure, the secret passage, the magic password, the nearly effortless way to cut through or leap over huge obstacles. But Forrester goes on to point out that although people deeply involved in a system often know intuitively where to find leverage points, more often than not they push the change in the wrong direction. That’s why leverage points are often not intuitive. 12.

The 6 Types of Social Media | Out:think As you think through all of the options for getting involved in social media, they all fall into 6 general bucks. There are 6 types of social media. This week I will introduce you to each of the types of social media and then we will go more in depth in the coming6 weeks. Social Networks - Services that allow you to connect with other people of similar interests and background. Keep in mind that, while these are the 6 different types of social media, there can be overlap among the various services. I'm sharing everything I learn as I work towards selling 10,000 copies of Your First 1000 Copies in one year. Tim Grahl is the founder and president of Out:think, a firm that helps authors build their platforms, connect with readers and sell more books.1 Questions? comments

Agile and SEMAT - Perfect Partners Ivar Jacobson, Ian Spence, and Pan-Wei Ng Today, as always, many different initiatives are under way to improve the ways in which software is developed. The most popular and prevalent of these is the agile movement. One of the newer kids on the block is the SEMAT (Software Engineering Method and Theory) initiative. The good news is that both of these initiatives promote non-prescriptive value-based philosophies that encourage software development teams to select and use whatever practices best fit their context and, more importantly, continuously inspect, adapt, and improve their ways of working. The agile movement has provided a new way of looking at the day-to-day activities of software development—how teams are built and work is organized. The two initiatives when used together truly empower teams to innovate, experiment, adapt their way of working, and improve the results that they deliver. This article focuses on how SEMAT can help existing and future agile teams. • Many practices.

Google And Berg Team Up To Create An Internet Of Things Google is ridiculously powerful. The service isn’t just search. It isn’t just maps. It isn’t just your email or spreadsheets. Google is artificial intelligence fueled by an endless buffet of every piece of information on the Internet and every human tendency behind it. So in 2011, Google Creative Lab approached Berg with a question: “If Google wasn’t trapped behind glass, what would it do?” At the heart of Berg’s concept was a smart lamp inspired by Pixar’s Luxo Jr. So where were we? Imagine the switch as a QR code. It’s a fascinating question--one that flips the notion of digital products on its head--but it’s hard to imagine the practicality of buying a smart lamp to serve as a hub for our Netflix, Rdio, and Facebook remotes. Because when Google enters the analog world, it has the potential to be a true life companion, but only if we don’t grow sick of its presence after five minutes. See more here.