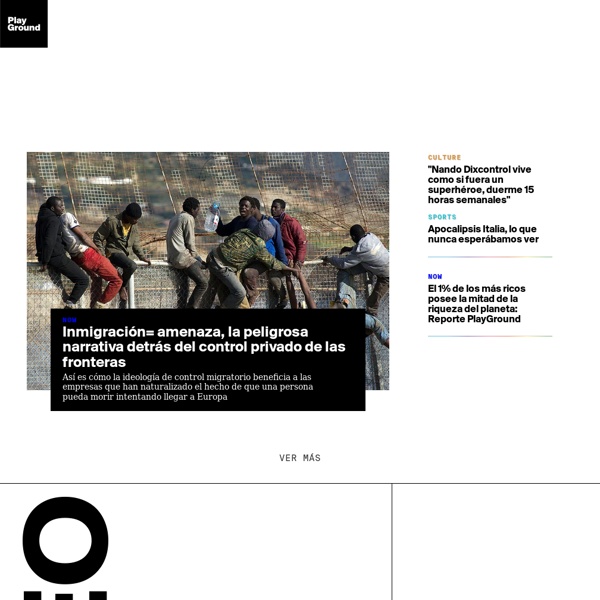 Conforce - Dystopian Elements EP - Delsin Records Conforce - Dystopian Elements EP Delsin Records (89dsr) 12" Ltd / 12" / MP3 EPrelease date: 07 September 2011 [ Formats ] Purchasing vinyl gives also instant free access to mp3 versions. First 110 copies limited clear vinyl. [ Track List 12" ] The Great Facebook Deep-Clean Five or six years ago, when Facebook was still in its adolescence, barely an hour passed in which I didn’t check the site for something new. Facebook was the best way — the only way, really — to share personal news, keep in touch with far-flung friends, and learn about people I’d just met. Every day, I spent hours scrolling through stories, commenting on photos and statuses, and posting my own updates. In the digital town square, I had a permanent bench. Then, sometime in 2010, my fascination faded.

James Stinson Discography at Discogs Born on September 14, 1969, James Stinson grew up on Detroit's east side and graduated from Kettering in 1989. He died September 3, 2002 of heart complications in Newnan, Georgia, where he had moved earlier that year for health reasons. A memorial service was held at the James H. Cole Funeral Home, 2624 W. How Practicing Gratitude Can Turn Your Whole Day Around I was talking with a friend recently and she was venting about a problem. She said she’s been working on putting the situation into perspective as a way of helping herself handle and get past it. She was out the other day, stewing over her problem, and saw a guy who was just completely beat up – arm in a cast, using a walker – and she told herself, “I’m not having a bad day. He is having a bad day.”

20 best: Ambient Words: Tony Marcus First published in FACT:26 (June/July 2008) It’s a heavy, theoretical space to think about the relationship between music and silence, sound and thought and feeling. Domestic violence: how the world's first women's refuge saved my life Jenny Smith: 'It was a bit like a refugee camp, but it was wonderful.' Photograph: Linda Nylind for the Guardian Jenny Smith will never forget the phone call that saved her life. It was her second attempt after finding herself incapable of speech the first time. The Humanity of Hermès PARIS, France — A Greek shepherd’s staff hangs by the door in the office of Pierre-Alexis Dumas. The artistic director of Hermès enjoys showing it to visitors and explaining how it is hand-crafted to the perfect height, so the shepherd for whom it was made can use it to rest (or even sleep!) while standing, simply by propping its multi-purpose handle under an armpit. Dumas, who is half-Greek and knew the staff ’s maker, vividly explains how it was created from a single branch, patiently trimmed until it grew sufficiently tall and straight, then steam-bent at one end to get the curvature of the handle just right. This beautifully encapsulates Dumas’ ideas on design, craftsmanship and life. The staff’s rudimentary, hand-made elegance is elevated by its thought-out functionality, a combination that takes on an even deeper sense of humanness from its precise connection to a place and a person that Dumas lovingly relates.

The Lost Drawings Of An Artist Who Spent His Life In A Lunatic Asylum James Edward Deeds Jr. was destined to be a completely unknown artist. Declared insane in 1936 at the age of 28, Deeds spent his life in a Missouri mental hospital known as State Lunatic Asylum No. 3, where he drew prolifically. When he died, his art ended up in a family member’s attic, forgotten. LWE 2Q Reports 2011: Labels Narrowing labels down to the best of the best for any time period is always a tricky thing, as there are always so many great outlets that some are bound to get left out. Some exist in so much of a niche that it’s awkward calling them “the best” (this is always the case in writing about music though – this isn’t a race), while others keep their fans tantalized with exceedingly sparse release schedules. Mathematics, Future Times, Hivern Discs, Aus Music, Time to Express, L.I.E.S., Hessle Audio, Absurd, Crème, Hotflush, Lunar Disko, Swamp81, FXHE, Acido, and Sex Tags Mania (among others) are having a great year and deserve honorable mention. The following list is split between some of the most successfully prolific labels in dance music and some of the more interesting smaller upstarts, in no particular order. Live At Robert Johnson Rush Hour Recordings

After Giving a Final Thumbs Up, Teen Battling Cancer Raises £3 Million for Charity and Experiences ''Bizarre'' Medical Twist Facebook Last week, Stephen Sutton posted a "final thumbs up" on Facebook. The 19-year-old has bowel cancer and, two years ago, he was told that it will be terminal. Last week, tumors caused one of his lungs to collapse and he was rushed to the hospital, where he was "permanently" hooked up to an oxygen machine. As this was happening, Stephen's story went viral: While he was battling his cancer, he was also checking items off a bucket list (sky dive, get a tattoo), and raising money for charity.