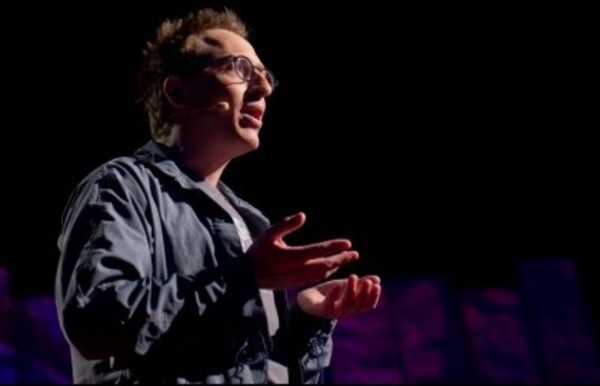 Darcey Bussell: Dancing to Happiness Linguistics In the early 20th century Ferdinand de Saussure distinguished between the notions of langue and parole in his formulation of structural linguistics. According to him, parole is the specific utterance of speech, whereas langue refers to an abstract phenomenon that theoretically defines the principles and system of rules that govern a language.[9] This distinction resembles the one made by Noam Chomsky between competence and performance, where competence is individual's ideal knowledge of a language, while performance is the specific way in which it is used.[10] In classical Indian philosophy of language, the Sanskrit philosophers like Patanjali and Katyayana had distinguished between sphota (light) and dhvani (sound). In the late 20th century, French philosopher Jacques Derrida distinguished between the notions of speech and writing.[11] Nomenclature[edit] Variation and Universality[edit] Lexicon[edit] The lexicon is a catalogue of words and terms that are stored in a speaker's mind.

The rise and fall of LSD: Fascinating documentary on acid The rise and fall of LSD: Fascinating documentary on acid The Beyond Within is a well-balanced two part documentary on LSD featuring Albert Hoffman, Ken Kesey and British politician Christopher Mayhew. While the entire documentary is filled with absorbing insights, The Mayhew segment is particularly fascinating. Media and public interest in LSD reached a point in the early 60’s that a politician by the name of Christopher Mayhew agreed to undergo an experiment, and for this experiment to be filmed by the BBC. This fascinating experiment involved his taking a dose of Mescalin in the company of a physician, and answering certain basic brainteasers over the course of his little trip. The footage of his experience is extraordinary, as this eloquent upper-class aristocrat describes what he is experiencing under the influence of the drug, his eyes wide as saucers. Made in 1986 for BBC television, The Beyond Within explores the rise and fall of LSD.

Economics For a topical guide to this subject, see Outline of economics. Economics is the social science that studies the behavior of individuals, households, and organizations (called economic actors, players, or agents), when they manage or use scarce resources, which have alternative uses, to achieve desired ends. Agents are assumed to act rationally, have multiple desirable ends in sight, limited resources to obtain these ends, a set of stable preferences, a definite overall guiding objective, and the capability of making a choice. The traditional concern of economics is to gain an understanding of the processes that govern the production, distribution and consumption of goods and services in an exchange economy.[3] An agent may have purposes or ends, such as reducing or protecting individuals from crime, on which he or she wants to spend resources. Definitions There are a variety of modern definitions of economics. J. Economics is a study of man in the ordinary business of life. Microeconomics

The Danish have designed a simple way to cope with loneliness Toad, a 20-year-old Danish woman living in Copenhagen, has been lonely her whole life. She is autistic, and as a child, did not have any friends. When she moved from the country to the city, not much changed. Toad is among the attendees of Ventilen, or “friend to one” in Danish, a 20-year-old organization set up to bring 15-to-25-year-olds together twice a week with two or three volunteers. “I try to fight my depression by being less lonely, not with medicine,” Toad says. Christian, who is 23, says he too suffered in high school. Ventilen currently offers 21 venues in Denmark where young people looking for companionship can meet one another. While Ventilen has been around for decades, its simple yet novel approach is getting more attention as governments everywhere wake up to the prevalence, and cost, of loneliness. Finding a common purpose Then someone had the idea of introducing games. About one in 10 young people in Denmark report that they are lonely. Opening up

The D Factor Might Be the Personality Trait Behind All the Evil in the World So here's a question: If you could find out your own D factor, would you want to? Good/bad news — you can. Anyone can still participate in the study — if they're willing to explore the dark sides of their personality. Get stories like this one in your inbox each morning. Jon Ronson's "The Psychopath Test" (free with your trial membership to Audible) is one of the best ways to wrap your mind around what, exactly, psychopathy is. Behavioral economics There are three prevalent themes in behavioral finances:[3] Issues in behavioral economics[edit] Behavioral finance[edit] The central issue in behavioral finance is explaining why market participants make systematic errors contrary to assumption of rational market participants.[1] Such errors affect prices and returns, creating market inefficiencies. Behavioral finance highlights inefficiencies such as under- or over-reactions to information as causes of market trends (and in extreme cases of bubbles and crashes). Other key observations include the asymmetry between decisions to acquire or keep resources, known as the "bird in the bush" paradox, and loss aversion, the unwillingness to let go of a valued possession. Quantitative behavioral finance[edit] Quantitative behavioral finance uses mathematical and statistical methodology to understand behavioral biases. Financial models[edit] The stock image coefficient Criticisms[edit] Behavioral game theory[edit] The animal as a human analog[edit]

What Makes the Ketamine-Based Drug for Depression So Different? On Tuesday (March 5), the U.S. Food and Drug Administration (FDA) approved a ketamine-like nasal spray for patients with depression who haven't responded to other treatments. But what makes this newly approved treatment so different? The drug, called Spravato and made by Janssen Pharmaceuticals, contains the active ingredient esketamine. This substance has the same molecular formula as ketamine but a different chemical structure. (In other words, it contains the same type and number of elements but in a different configuration.) One reason experts are excited about the nasal spray is that its effects can be seen within several hours to days. Antidepressants work by regrowing brain cells and the connections between them, and ketamine appears to have the same effects, said David Olson, an assistant professor of chemistry, biochemistry and molecular medicine at the University of California, Davis. Still, it's not entirely clear how the drug works.

Neuroscience Neuroscience is the scientific study of the nervous system.[1] Traditionally, neuroscience has been seen as a branch of biology. However, it is currently an interdisciplinary science that collaborates with other fields such as chemistry, computer science, engineering, linguistics, mathematics, medicine and allied disciplines, philosophy, physics, and psychology. It also exerts influence on other fields, such as neuroeducation[2] and neurolaw. Because of the increasing number of scientists who study the nervous system, several prominent neuroscience organizations have been formed to provide a forum to all neuroscientists and educators. History[edit] The study of the nervous system dates back to ancient Egypt. Early views on the function of the brain regarded it to be a "cranial stuffing" of sorts. The view that the heart was the source of consciousness was not challenged until the time of the Greek physician Hippocrates. Modern neuroscience[edit] Human nervous system

Modafinil is the first confirmed drug that makes you smarter Though initially made for narcoleptics (people having trouble sleeping), many soon caught on that modafinil can enhance cognitive abilities. Right now, it’s a favorite among students who use it when preparing for exams with visible results, they claim. But modafinil isn’t the first such “smart drug” we’ve come across. It’s likely that you’ve seen some TV or internet ads marketing ‘smart pills’ that supposedly enhance cognitive abilities, but with mere anecdotal evidence backing it up. In contrast, modafinil really seems to be a legit smart drug, according to a systematic review of reports documenting the effects of the drug. The meta-analysis was made by a team at University of Oxford and Harvard Medical School. Make me smarter The researchers looked at the studies documenting the cognitive enhancing effects of modafinil published between January 1990 and December 2014. Performance gains varied from task to task, but the longer, more complex the task was, the better the improvements.

Behavioral neuroscience Behavioral neuroscience, also known as biological psychology,[1] biopsychology, or psychobiology[2] is the application of the principles of biology (in particular neurobiology), to the study of physiological, genetic, and developmental mechanisms of behavior in humans and non-human animals. It typically investigates at the level of neurons, neurotransmitters, brain circuitry and the basic biological processes that underlie normal and abnormal behavior. Often, experiments in behavioral neuroscience involve non-human animal models (such as rats and mice, and non-human primates) which have implications for better understanding of human pathology and therefore contribute to evidence-based practice. History[edit] Behavioral neuroscience as a scientific discipline emerged from a variety of scientific and philosophical traditions in the 18th and 19th centuries. In philosophy, people like René Descartes proposed physical models to explain animal and human behavior. Research methods[edit]