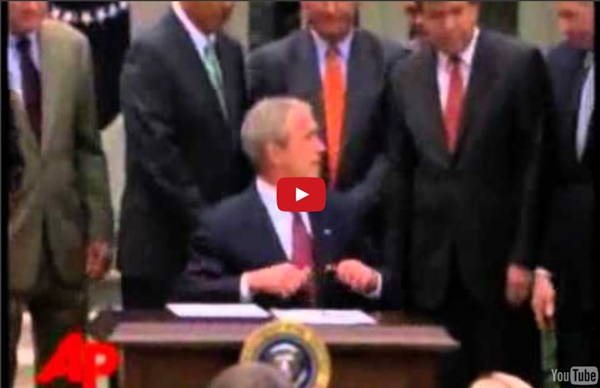 The Only Way Forward In 2015 By Brandon Turbeville In the year 2015, America and the rest of the world finds itself at a crossroads. The time is fast approaching when the world’s population will receive the final choice between a move toward true freedom or the clampdown of total oppression. Throughout recorded history, tyrannies have arisen and morphed into other forms with the end result being the creation and maintenance of a permanent worldwide oligarchy that is attempting to ensure the end of all independent thought and action. This oligarchy has maintained its control by a number of different methods, the concept of “divide and conquer” being one of the most important in its arsenal. Throughout history, the divisions of race, religion, national borders, and class have all been cleverly used to keep the many from rightly viewing the few as the enemy. In 2015, the presence of “traditional” activists has dramatically declined due to the general lack of interest in political affairs amongst the general public.

geography infobomber | information explosions U.S. Postal Service Announces Giant Ammo Purchase On Jan. 31, the USPS Supplies and Services Purchasing Office posted a notice on the Federal Business Opportunities website asking contractors to register with USPS as potential ammunition suppliers for a variety of cartridges. “The United States Postal Service intends to solicit proposals for assorted small arms ammunition,” the notice reads, which also mentioned a deadline of Feb. 10. The Post Office published the notice just two days after Sen. Rand Paul (R-Ky.) announced his proposal to remove a federal gun ban that prevents lawful concealed carry holders from carrying handguns inside post offices across the country. Ironically the Postal Service isn’t the first non-law enforcement agency seeking firearms and ammunition. Since 2001, the U.S. The Education Dept. has spent over $80,000 so far on Glock pistols and over $17,000 on Remington shotguns. Additionally, the U.S. The Feds have also spent millions on riot control measures in addition to the ammo acquisitions.

AMA threatens holistic medicine (NaturalHealth365) If it was not already clear that natural medicine was in the cross-hairs of organized medicine, it certainly is now. Recently, the American Medical Association (AMA) began crafting its ‘ethical guidelines for physicians in the media’ to ‘defend the integrity of the profession.’ The new guidelines will target unorthodox medical information that the AMA deems dubious and unsubstantiated and create disciplinary guidelines for doctors who make public claims that do not align with the ‘best available science’. On the surface, these ethical guidelines may sound like a responsible way of discouraging doctors from making vague or erroneous statements and claims. The American Medical Association is a powerful organization that uses the brunt of its influence to manipulate healthcare in America. Interestingly, a look at the Doctor Oz website or one of his televised shows tends to reveal the opposite is true.

AboveTopSecret.com: Conspiracy Theories, UFOs, Politics, and Man The Georgia Guidestones - Another Gateway Into The New World Order/New Civilisation Enclosure For The Sheeple by Arthur Cristian "LET THESE BE GUIDESTONES TO AN AGE OF REASON" - TheGeorgiaGuideStones.com "A letter in stone to the editor of history, unsigned, and an inspiration to mischief" The message of the Georgia Guide Stones 1. 2. 3. 4. 5. 6. 7. 8. 9. 10. Located on Georgia Highway 77 between Hartwell and Elberton, these giant granite stones are often referred to as "America's Stonehenge", because of their similarity to the famous England landmark. Video: A Journey Through The Guide Stones - 2006 A Brief Look at the Georgia Guide Stones The Guidestones have been referred to by some as a monument to God, others refer to it as a monument to Satan, saying that the 10 "Guides" are actually the "10 Commandments of the Anti-Christ". The site has been host to a myriad of activities: many "alternative" religions (such as witchcraft, druidism, etc) have used the site for ceremonies. It has been said that it took 20 or more years to develop the exacting plans for the monument. The Time Capsule at the Georgia Guide Stones

7 Future Methods of Mind Control Nicholas West The mission of a small "elite" group to control the masses is nothing new. It has always been a tool implemented in the form of propaganda used to alter perception and thus steer the direction of large populations. The modern methods of mind control are in many ways merely higher-tech extensions of what always has been predictably successful: religion, sports, politics, education, etc. With the advent of television, a whole new world was opened up for would-be controllers, as news media was easily corporatized and made uniform enough to translate core messages, while encouraging passivity, and also presenting the illusion of choice. Nevertheless, despite the above assaults, people are rebelling -- globally. The mind control of the future forgoes all pretense at indirectly altering perception through media and politics, as that continues to be exposed for what it truly is. Magnetic Manipulation -- Transcranial pulsed ultrasound was made famous by The God Helmet. Indeed. Why?

WORLD HEALTH RANKINGS Access more than 36,000 Country Health correlations with this powerful comparison tool that let's you create side by side comparisons between any two countries in the world. Simply select a country from the list below to visit that country's page, we have selected a default comparison for you. Use the scrolling lists menu to select which country you want to compare it to or choose a new country. The tool will do the calculations for you and deliver the results instantly. Compare the Top 10 causes of death and see which country comes out on top. Free-Energy Devices, zero-point energy, and water as fuel Sinister Sites: The Georgia Guidestones The Georgia Guidestones is a mysterious monument on which are carved ten “commandments” for a “New Age of Reason”. The first commandment? Maintaining the world population under 500 million people. Another sinister fact: the authors of what we now call the American Stonehenge are still a “mystery”… except for those in the know. We will look at the numerous features of this monument, its message calling for a New World Order and explain how it is the work of an occult secret society. The Georgia Guidestones is an enigmatic granite monument situated in Elbert County, Georgia. The Monument Quietly standing in Elberton county, the Guidestones will probably gain in relevancy in the next years Made of Pyramid blue granite, the Georgia Guidestones are meant to withstand the test of time and to communicate knowledge on several levels: philosophically, politically, astronomically, etc. Source: Wired Astronomical features are of a great importance in the design of the Guidestones. 1. R.C.

Self-Guided Bullet Can Hit Target Over a Mile Away Image Source: For snipers, accuracy is everything. To that end, when unfavorable conditions occur (i.e., heavy winds, or dusty terrain), making an accurate contact with a target is challenging to say the least. To help snipers gain more accuracy, DARPA, The Defense Advanced Research Projects Agency has developed a first-of-its-kind technology using self-guiding bullets. The EXACTO program designed the smart bullets to use a real-time optical guidance device to help track and direct projectiles to their targets by compensating for weather, wind, target movement and different factors that would otherwise impede self-made hits. With accuracy standards that are able to achieve even at a distance of 1.2 miles, the self-guiding bullet works by using optical sensors that are found on the surface of its nose. The EXACTO program recently began live-fire testing demonstrating the ability of an in-flight guidance of .50-caliber bullets. Google+ share this article with others

New Obama Advisor John Podesta An Advocate For UFO Disclosure For all of you who hope the U.S. government will lift the veil on its alleged stockpile of evidence that Earth is being visited by extraterrestrials -- take heart. This week, former Clinton chief of staff and UFO advocate John Podesta was named as President Obama's newest advisor. Podesta, 64, has more than once publicly urged the U.S. government to release any UFO files that could help scientists determine "the real nature of this phenomenon." Podesta's stance on UFOs can be seen in the following video clip from the 2009 James Fox film, "I Know What I Saw." Adding more fuel to the fire, Podesta wrote the foreword to Leslie Kean's 2010 New York Times bestseller, "UFOs: Generals, Pilots, And Government Officials Go On The Record": I'm skeptical about many things, including the notion that government always knows best, and that the people can't be trusted with the truth. On Tuesday, Time Magazine listed five topics that Podesta and Obama haven't previously agreed on: Also on HuffPost: