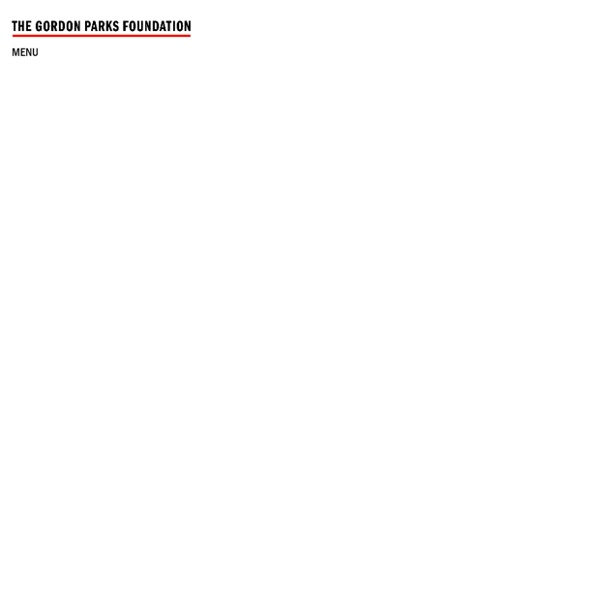 FIFTY ONE Fine Art Photography Gallery - Artists Although Edward Steichen exhibited some of Saul Leiter’s color photographs at the Museum of Modern Art in 1953, for forty years afterwards they remained virtually unknown to the art world. Leiter moved to New York in 1946 intending to be a painter and through his friendship with the abstract expressionist Richard Pousette-Dart he quickly recognized the creative potential of photography. Though he continued to paint, exhibiting alongside Philip Guston and Willem de Kooning, Leiter’s camera became — like an extension of his arm and mind — an ever-present interpreter of life in the metropolis. The semi-mythical notion of the ‘New York street photographer’ was born at the same time, in the late-1940s. None of Leiter’s contemporaries, with the single and partial exception of Helen Levitt, assembled a comparable body of work in color.

UHURA’S LEGACY: Media Images and Diversity in STEM Careers « visualinquiry What was really great about Star Trek when I was growing up as a little girl is not only did they have Lt. Uhura played by Nichelle Nichols as a technical officer […] At the same time, they had this crew that was composed of people from all around the world and they were working together to learn more about the universe. So that helped to fuel my whole idea that I could be involved in space exploration as well as in the sciences. – NASA Astronaut Mae Jemison (Then & Now, 2005) Nichelle Nichols ("Lieutenant Uhura") in 1977, talking to students about The Space Shuttle In 1966, Star Trek’s Lieutenant Uhura was a groundbreaking character. Star Trek was cancelled in 1969; the show’s demise gave rise to the phenomenon of Trek fandom. There was no one in the astronaut corps who looked anything like me. Soon, Nichols was an outspoken supporter of space exploration and was appointed to the Board of Directors of the National Space Institute (NSI), a civilian space advocacy organization.

Jason Martini Photography PAUL ROBESON, a brief biography Paul Robeson was a famous African-American athlete, singer, actor, and advocate for the civil rights of people around the world. He rose to prominence in a time when segregation was legal in the United States, and Black people were being lynched by racist mobs, especially in the South. Born on April 9, 1898 in Princeton, New Jersey, Paul Robeson was the youngest of five children. In 1915, Paul Robeson won a four-year academic scholarship to Rutgers University. At Columbia Law School (1919-1923), Robeson met and married Eslanda Cordoza Goode, who was to become the first Black woman to head a pathology laboratory. In London, Robeson earned international acclaim for his lead role in Othello, for which he won the Donaldson Award for Best Acting Performance (1944), and performed in Eugene O'Neill's Emperor Jones and All God's Chillun Got Wings. During the 1940s, Robeson continued to perform and to speak out against racism, in support of labor, and for peace.

Masters of Photography Maciej Dakowicz - London based Reportage, NGO, Travel and Street Photographer Drop Me Off in Harlem In the following transcript, Sr. Thompson provides an oral history describing the development of the Lafayette Players and its relevance to black theatre. The Harlem Renaissance was a rebirth. The Lafayette Players was started by a young performer named Anita Bush. Although Ms. Toward the end of her recuperation, she went to a theater in Harlem.... She sat there in the theater and thought, "this is a shame for this theater to just go down the drain like this." Of course, Marie Downs—like everyone else—had never heard of any serious black actors. So Ms. [She also stopped] Andrew Bishop, a performer around Harlem who did what they called tab acts (10-minute comedy acts in between longer shows) in between the Vaudevillian acts. They opened in November 1915, and they played at the theater for a short while. At the Lafayette Theatre, she said, "I don't know when it happened or when it first occurred, but when they started calling my group the Lafayette Players I didn't mind as much."

15 Famous Contemporary Photographers and Their Photos My desire is to preserve the sense of people’s lives, to endow them with the strength and beauty I see in them. I want the people in my pictures to stare back.Nan Goldin Not everyone can become a great artist; but a great artist can come from anywhere.Anton Ego, Ratatouille Over the past decades, the photographic medium has been redefined and shaped by new emerging technologies as well as new and innovative formats. Perhaps the most important change in relation to this was the appearance of Color Photography, which has a closer equivalent with reality itself. Nowadays we have undergone another crucial change in creative photography with digital manipulation and digital development. Contemporary photographers often use these developments to present new perspectives on traditional subjects and compositions. The word contemporary refers to everything that has occurred since the 1970s. Therefore, Contemporary Photography is not a genre, but a pinpoint in the history of Photography. 1. How come?

Lukas Vasilikos The REAL ‘Lone Ranger’ Was An African American Lawman Who Lived With Native American Indians The real “Lone Ranger,” it turns out, was an African American man named Bass Reeves, who the legend was based upon. Perhaps not surprisingly, many aspects of his life were written out of the story, including his ethnicity. The basics remained the same: a lawman hunting bad guys, accompanied by a Native American, riding on a white horse, and with a silver trademark. Historians of the American West have also, until recently, ignored the fact that this man was African American, a free black man who headed West to find himself less subject to the racist structure of the established Eastern and Southern states. While historians have largely overlooked Reeves, there have been a few notable works on him. Reeves took the chaos that ensued during the war to escape for freedom, after beating his “master” within an inch of his life, or according to some sources, to death. After the Civil War finally concluded, he married and eventually fathered ten children, making his living as a Deputy U.S.

7 People Who Have Changed Photography Forever | Light Stalking Photography as we know it has been shaped by both great photographers and from thinkers who have had the courage to share their creative ideas and take bold risks. In this article, we'll be covering 7 important figures (among many others that exist) who have influenced photography with their ideas more than with their photographs. John Szarkowski (1925 – 2007) Claim Your Free Camera Craft Cheat Sheet Print it out and keep it for when you really need it - when you're out shooting! Perhaps we wouldn't be able to delight ourselves with the magnificent work of Diane Arbus, Lee Friedlander or Garry Winogrand if it wasn't for John Szarkowski. I really don't know if he was the most influential figure of photography during the twentieth century; but for me he is a big hero. Roy Stryker (1893 – 1975) Image By John Collier – This image is available from the United States Library of Congress's Prints and Photographs division under the digital ID fsa.8c26323. Joan Fontcuberta (1955 – )