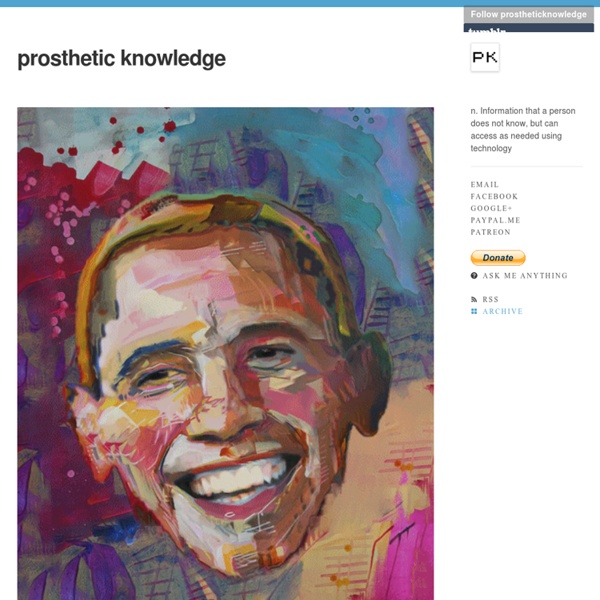 This story is already doing the rounds but is still very interesting - Machine Learning research from Georgia Tech manages to clone game design from a video recording. The top GIF is the reconstructed clone, the bottom gif is from the video recording: Georgia Institute of Technology researchers have developed a new approach using an artificial intelligence to learn a complete game engine, the basic software of a game that governs everything from character movement to rendering graphics.Their AI system watches less than two minutes of gameplay video and then builds its own model of how the game operates by studying the frames and making predictions of future events, such as what path a character will choose or how enemies might react.To get their AI agent to create an accurate predictive model that could account for all the physics of a 2D platform-style game, the team trained the AI on a single “speedrunner” video, where a player heads straight for the goal. Related:  blogs

BBC Radio 4's Digital Human For Todd Matthews, it all started with a ghost story shared among teenagers. It was Halloween night 1987. A 17-year-old Matthews listened as friends tried to spook each other with scary tales – but one story told was true. Lori Riddle, the woman who would become Matthews’ wife within a year, spoke of the dead body her father stumbled upon in Scott County, Kentucky in the spring of 1968. “It was a strange story. Investigators were unable to identify the murdered woman, making her one of the estimated 40,000 nameless people laying dead in the medical examiners’ and coroner’s offices across the country. “I thought there was one. For 30 years the slain woman was known as “Tent Girl” – a reference to the tent bag that held her decomposed body. “It was a name on a grave, but it was ‘Tent Girl,’ not her real name,” he said. Her death stirred memories of his brother and sister who passed away as infants. “She was no different from my siblings,” he said. Read more:

Hi, I’m Claire Barratt | Claire Barratt you may remember me from such projects as…. Salvage Squad, C4 (3 series x 10 x 60 minutes of 8pm engineering then repeated endlessly on Discovery) An eccentric mix of hard-core engineering, dusty archive and hands-on greasy good fun. 30 projects each got an hour to strut their stuff so we managed to cover an awful lot. Salvage Squad was really all about the people who had fallen in love with the machines and convincing the audience to love them too. History really roared to life as neglected classic vehicles were restored to their former glory. The Spotter’s Guide to Urban Engineering, various publishers – UK, USA, Australia Infrastructure and Technology in the Modern Landscape. Britain’s Secret Treasures, ITV (6 x 60 minutes) A top 50 countdown of archaeological discoveries made by the British public. As an Industrial Archaeologist I’d rather be tackling a blast furnace than digging around in the dirt for pot shards but this was pretty good. History Detectives, BBC Two (6 x 60 minutes)

Humans in Design A classic nudge - a tiny behavioural intervention that leads people to a particular behaviour but doesn’t force it - is the placement of graphs on power bills. Specifically graphs that compare your current rate of use to your neighbours and, sometimes, yourself. But can a tiny graph really work? Yes it can. This little intervention has been proven to lead to a decrease in power use that is at least somewhat sustained over time. The psychological reason that this works is multifaceted, but the main explanations I saw was the impact of social heuristics; specifically the imitate-the-majority (follow the herd) and imitate-the-successful heuristic (follow the leader). So, knowing about this, I thought it was cool when a couple of years ago I saw graphs appearing on my utility bills in Australia. Things got interesting to me when we moved to from Brisbane to Melbourne. This got me thinking of the current intellectual debate on what drives behaviour. So what’s the lesson here?

colorful gradients BLOG — Laura Miller I get a ton of emails asking for suggestions on what food processors and blenders to buy. I really want to emphasize that if you’re just getting started with raw food, definitely don’t feel like you have buy everything all at once! Start with what you’ve got, then figure out which of these you're actually using a lot or really feeling like you're missing. The worst thing is to spend a bunch of money on kitchen stuff that will just take up shelf space. Food processor - great for making puddings, chunky sauces, and our beloved frozen banana ice cream! High speed blender - It's great for making super smooth green shakes, desserts, sauces, anything. Good knives - you’ll be cutting A LOT of fruits and veggies, so this is a must. make sure they’re sharp, because (funny thing!) Mandoline - really cheap and really handy! Swissmar Borner has great reviews ($49) Benriner Wide-Body Large Slicer extra-wide! Spiralizer - for making those incredible zucchini noodles!