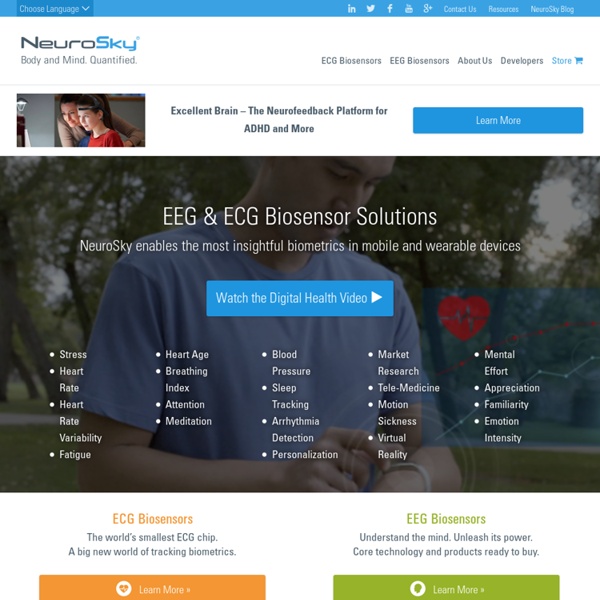 fpsyt.2014 Introduction In recent decades, our appreciation of the complexity of the brain has deepened immensely, as has our understanding of how it performs key functions. In the face of such complexity, and given the rising cost of neuropsychiatric illness (1), an intriguing question is whether we can promote further understanding, and in some cases enhancement, of the typical and atypical brain by targeted modulation of its activity. A Novel Mechanism Regulating Stress is Identified Neuroscience researchers from Tufts identify potential target for drug therapy for wide range of disorders associated with stress Neuroscience researchers from Tufts have demonstrated, for the first time, that the physiological response to stress depends on neurosteroids acting on specific receptors in the brain, and they have been able to block that response in mice. This breakthrough suggests that these critical receptors may be drug therapy targets for control of the stress-response pathway. This finding may pave the way for new approaches to manage a wide range of neurological disorders involving stress. The stress-control pathway, more technically known as the Hypothalamus-Pituitary-Adrenal (HPA) axis, determines the levels of cortisol and other stress hormones in the human body. “We have identified a novel mechanism regulating the body’s response to stress by determining that neurosteroids are required to mount the physiological response to stress.

10 Futuristic User Interfaces - Smashing Magazine Advertisement Good user interfaces are crucial for good user experience. It doesn’t matter how good a technology is — if we, designers, don’t manage to make user interface as intuitive and attractive as possible, the technology will hardly reach a breakthrough. To gain the interest in a new product or technology, users need to understand its advantages or find themselves impressed or involved. And here is where creative ideas and unusual interface approaches become important. Innovative doesn’t mean usable and usable hardly means innovative. PLX XWave - Brainwave to iPhone Interface <div id="jsenable">This site is best viewed with JavaScript enabled.</div> OBDII to Android / PC / Linux / Symbian / N9

Neuro-Programmer 3 - Innovative Brainwave Entrainment Software How does NP3 work? It’s surprising science, but thanks to modern equipment it’s easy to prove that this works because we can watch it happening on an EEG. And over 80 years of scientific investigation have revealed many useful applications for this method, which are being widely used today.5 Neuro-Programmer 3 takes advantage of the latest research in this field to deliver the most effective neural stimulation experience. Benefits Inspired and informed by the best practices and research in the fields of psychology, neurology, and audio-visual stimulation studies, Neuro-Programmer 3 is a software application with unlimited potential and broad capabilities.

fpsyt.2015 Introduction Auditory beat stimulation (ABS) has long been of interest for a wide array of applications, ranging from investigating the auditory steady-state response (ASSR) and measuring audiometric parameters in the brain, to understanding mechanisms of sound localization (1). In addition to this, a few studies also suggest that ABS can be used to modulate cognition (2), to reduce anxiety levels, as well as to enhance mood states (3). Other clinical targets also include traumatic brain injury (4) and attention-deficit hyperactivity disorder (5). Resulting studies have reported contradictory findings as to the effects of applied monaural-beat frequencies and binaural-beat frequencies, which have somewhat hampered the progress of further investigations addressing potential effects on cognition and mood effects amongst other possible targets. Here, we review relevant studies and look to highlight the most promising directions for future approaches.

MindMaster® EEG MindLights® is a "mind machine" — a device for audio-visual stimulation (AVS), also called audio-visual entrainment. This instrument implements high-end technology to not only induce relaxation and trance-like states, but also to stimulate the mind and alleviate certain physical and mental problems. What does it do? Neuroinformatics Neuroinformatics is a research field concerned with the organization of neuroscience data by the application of computational models and analytical tools. These areas of research are important for the integration and analysis of increasingly large-volume, high-dimensional, and fine-grain experimental data. Neuroinformaticians provide computational tools, mathematical models, and create interoperable databases for clinicians and research scientists.

Biofeedback Biofeedback is the process of gaining greater awareness of many physiological functions primarily using instruments that provide information on the activity of those same systems, with a goal of being able to manipulate them at will.[1][2] Some of the processes that can be controlled include brainwaves, muscle tone, skin conductance, heart rate and pain perception.[3] Biofeedback may be used to improve health, performance, and the physiological changes that often occur in conjunction with changes to thoughts, emotions, and behavior. Eventually, these changes may be maintained without the use of extra equipment, even though no equipment is necessarily required to practice biofeedback.[2] Biofeedback has been found to be effective for the treatment of headaches and migraines.[4][5]

Scottish scientists make 'mind-reading machine' breakthrough Scottish scientists have come a step closer to creating a "mind-reading machine" that can show mental images. A team from the University of Glasgow have successfully decoded brain signals related to vision. Six volunteers were shown images of people's faces displaying different emotions such as happiness, fear and surprise. In a series of trials, parts of the images were randomly covered so that, for example, only the eyes or mouth were visible. Participants were then asked to identify the emotion being displayed while electrodes attached to the scalp measured the volunteers' brainwaves. The scientists were able to show that brainwaves varied greatly according to which part of the face was being looked at.

Self Running Demonstration - BrainWare Safari Adult Users Say ... I’m Using the Focusing Techniques I Learned "When I was a freshman in high school, my teacher told my dad, 'Leah doesn't know how to think.' As time went on, I realized I had trouble piecing together how certain events culminated in larger happenings. I often forgot events in my own history. Brain-Computer Music Interface - Hacked Gadgets - DIY Tech Blog It is hard to imagine what will be possible with direct mind control in the next dozen years. Will we be driving cars with no steering wheel? Read the research paper (warning it is a PDF). “Researchers at the University of Plymouth created this “Brain-Computer Music Interface”, which uses two laptops to analyze brain waves and composes music based on the results. The BCMI-Piano (Figure 1) falls into the category of BCI computer-oriented systems. These systems rely on the capacity of the users to learn to control specific aspects of their EEG, affording them the ability to exert some control over events in their environments.