The Science of Lying 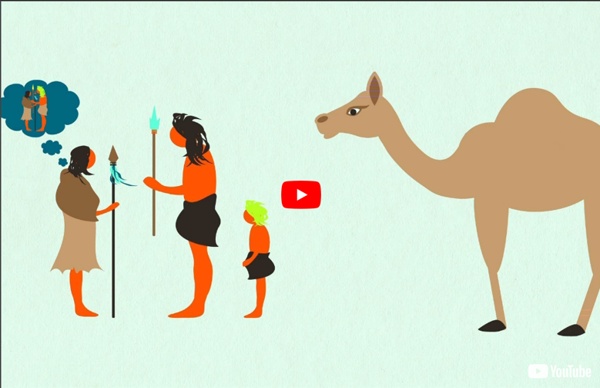 Why can't we trust what we see? Witnesses to a "murder" were tested on their powers of recollection The human memory can be impressive, but it is equally prone to letting us down. Now groundbreaking research has revealed the extent of just how fragile it can be - and how to use it better. You're in the pub and trouble starts. It's long been accepted that eyewitness testimony may not always be as reliable as it seems. But however fallible human memory is, it's often the only thing police have to go on and eyewitnesses have been responsible for sending people to prison ever since the justice system began - both rightly and wrongly. Now research has gone further than ever before to understand the fragile nature of our powers of recall. The project - involving the Open University, the BBC and Greater Manchester Police (GMP) - is groundbreaking in several ways. 'Appalling' In this case the important action took place when they were least expecting it. 'Lifeblood' 'Empty the head' Below is a selection of your comments.

BLAH Therapy - Need someone to talk to? Talk Therapy Online and Counseling Services. England riots: Timeline and map of violence Riots in London and around the country saw widespread looting and buildings set alight. Dozens were left homeless after a night of riots on the streets of Tottenham after a peaceful demonstration on 6 August over the death of a man who was shot by police turned violent. Here is a timeline of what happened, starting with most recent events. 00:22 BST - The Metropolitan Police say 1,103 people have now been arrested in connection with the riots and 654 people have been charged. Greater Manchester Police said they had so far made 147 arrests and more than 70 people had already gone through the courts. Merseyside Police said they had made 77 arrests and charged 45 people. The night passes off peacefully - with officers still on the streets in large numbers. 21:50 BST - Metropolitan Police now say 1,009 people have been arrested in connection with the riots - and 464 have been charged so far. 20:04 BST - The debate concludes and the Commons adjourns.

Top Ten Psychology Studies Ten studies that have changed psychology and the way we see humanity. After being told about these psychology studies, generations of psychology students have wandered out into the world seeing themselves and other people in a new light. In this series of posts I look at ten studies that have changed psychology and the way we see humanity: “What do babies understand about the world and how can you possibly find out, given that babies are not so hot on answering complex questions about their perceptual abilities?” “It’s not just Miller who was persecuted by this number though, it’s all of us. “It seems incredible that a successful form of psychological therapy could be based on telling people their thoughts are mistaken. “Imagine it’s the 1960s and you’re a first year psychology student at the University of Minnesota. “What psychological experiment could so be so powerful that simply taking part might change your view of yourself and human nature? Image credit: Patrick Q

Can you solve the prisoner hat riddle? - Alex Gendler The ‘prisoners and hats puzzle’ is a classic logic problem with many variants, some of which are described and summarized here. Like other puzzles where each player has information about the other players but not about themselves, they rely on inductive logic and the hierarchy of beliefs to figure out the other players’ thought processes to deduce the missing information. Just remember – if you try to stump other people with this kind of puzzle, make sure you have the right answer yourself. Love the challenge of this riddle? Take a look at these other puzzling lessons from TED-Ed! Can you solve the bridge riddle?

Science Isn’t Broken If you follow the headlines, your confidence in science may have taken a hit lately. Peer review? More like self-review. An investigation in November uncovered a scam in which researchers were rubber-stamping their own work, circumventing peer review at five high-profile publishers. Scientific journals? Not exactly a badge of legitimacy, given that the International Journal of Advanced Computer Technology recently accepted for publication a paper titled “Get Me Off Your Fucking Mailing List,” whose text was nothing more than those seven words, repeated over and over for 10 pages. Taken together, headlines like these might suggest that science is a shady enterprise that spits out a bunch of dressed-up nonsense. If we’re going to rely on science as a means for reaching the truth — and it’s still the best tool we have — it’s important that we understand and respect just how difficult it is to get a rigorous result. What’s The Point: Bad incentives are blocking good science

The five major world religions - John Bellaimey HINDUISM Children in India are often given comic books describing the lives of the saints and gods. Take a look at one of these and think about the obstacle faced by the protagonist and what spiritual resources were required to overcome it.ISLAM Much of the beauty of the Qur'an comes in its poetry. To appreciate Arabic poetry is difficult for the non-speaker.

The history of African-American social dance - Camille A. Brown Interested in some more of the history of social dance in the black community? This article has some great references and video clips showing the dances described and discussed in this lesson: From juba to jitterbug to jookin: Black dance in America. The educator of this lesson has a wonderful site that will further inspire you to learn more about social dance. Take a look here. History does really connect with culture through social dance. Interested in seeing a video clip from Mr. Photo credit for Camille A.

How to Structure a Theory of Knowledge (TOK) Presentation | The Method The following Theory of Knowledge (TOK) presentation structure has been designed very carefully. (It’s taken about 2 years of conversations!) It’s easy for you to follow and ticks all the boxes. It tells you how many slides to have (eight), what text should go on each slide and what you should talk about while each slide is up. There are a few things I need to go over before we get into the slides. The Development Section When you get into the Development section (where the knowledge question is explored and analysed with reference to the AOKs and WOKs), you’ll see that we use a Claim, Counterclaim, Mini-Conclusion structure. Here’s an example, for one of your developments: -Your claim might be that all art is ethical and you show this using some theory (evidence) from the course. -Your counterclaim is a problem (a limitation) with your claim, or an opposing idea in the same perspective. Using Evidence Use evidence for each of your claims and your counterclaims. Evidence can be: Footer

Western, Educated, Industrialized, Rich, And Democratic Or put more concisely, WEIRD. Here's why it's an important acronym: Almost everything experimental psychologists believe about the human mind comes from studies of the Weird. But perhaps you've guessed the problem: from a global standpoint, Weird people may be really... what's the word? Yes: odd. As Henrich et al show, many phenomena we've assumed are universal probably aren't: we can only really say they're universal among Weird people, who make up 96% of subjects in behavioural science, or Americans, who make up 68%, and often only among US college students, who provide US researchers with a supply of guinea pigs. This research has been bouncing around the blogs for a couple months now, no doubt due to the catchiness of the acronym. We want to hear what you think about this article.