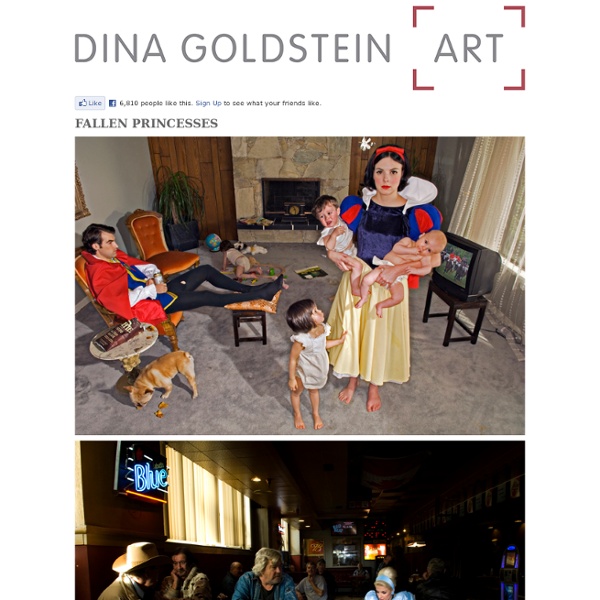 Josef Sudek Josef Sudek (17 March 1896, Kolín, Bohemia – 15 September 1976, Prague) was a Czech photographer, best known for his photographs of Prague. Sudek was originally a bookbinder. During The First World War he was drafted into the Austro-Hungarian Army in 1915 and served on the Italian Front until he was wounded in the right arm in 1916.

Paul McCarthy: WS : Program & Events : Park Avenue Armory “In Mr. McCarthy we have a [Jonathan] Swift for our time, or maybe a Hieronymus Bosch, and in ‘WS’ … a scabrous American ‘Garden of Earthly Delights’.” –The New York Times “The Demented Imagineer” –As seen in The New York Times Magazine, May 11, 2013 Berenice Abbott Berenice Abbott (July 17, 1898 – December 9, 1991),[1] born Bernice Abbott, was an American photographer best known for her black-and-white photography of New York City architecture and urban design of the 1930s. Youth[edit] Abbott was born in Springfield, Ohio[2] and brought up there by her divorced mother. She attended the Ohio State University, but left in early 1918.[3] Europe: Photography and poetry[edit]

Tracing the Ancestral Lineage of Little Red Riding Hood Mathematical modeling suggests that the tale of Little Red Riding Hood has its origins far back in history. We all know one fact about Little Red Riding Hood’s family tree: She has—or had—a grandmother. But newly published research suggests her ancestral linage in fact goes way, way back. Writing in the online journal PLOS One, Durham University anthropologist Jamie Tehrani presents evidence that the popular folk tale appears to share ancient roots with another story still popular in Europe and the Middle East, The Wolf and the Kids.

よわよわカメラウーマン日記 Natsumi HayashiLives in Japan.Photographs mainly levitating self-portraits (and cats not levitating).yowayowa is a Japanese term meaning "weak" or "feeble."Since I'm yowayowa, it's really heavy to carry SLR cameras around.[日本語で読む] Philip Pullman: 'Loosening the chains of the imagination' "If you want your children to be intelligent," Albert Einstein once remarked, "read them fairytales. If you want them to be more intelligent, read them more fairytales." It is a sentiment with which Philip Pullman heartily agrees.

The Julie Project I first met Julie on February 28, 1993. Julie, 18, stood in the lobby of the Ambassador Hotel, barefoot, pants unzipped, and an 8 day-old infant in her arms. She lived in San Francisco’s SRO district, a neighborhood of soup kitchens and cheap rooms. Her room was piled with clothes, overfull ashtrays and trash. She lived with Jack, father of her first baby Rachael, and who had given her AIDS. She left him months later to stop using drugs.

The Big Bad Wolf: Analyzing Point of View in Texts ReadWriteThink couldn't publish all of this great content without literacy experts to write and review for us. If you've got lessons plans, activities, or other ideas you'd like to contribute, we'd love to hear from you. More Find the latest in professional publications, learn new techniques and strategies, and find out how you can connect with other literacy professionals. More Teacher Resources by Grade

Pierre Molinier Pierre Molinier (April 13, 1900 – March 3, 1976) was a painter, photographer and "maker of objects". He was born in Agen (France) and lived his life in Bordeaux (France). He began his career by painting landscapes, but his work turned towards a fetishistic eroticism early on. The "Basic" Plots in Literature Example Questions That Can Be Answered Using This FAQ I’ve heard there are only 7 (or 5, 20, 36…) basic plots (or themes) in all of literature. What are they? People often say that there are only a certain number of basic plots in all of literature, and that any story is really just a variation on these plots. Depending on how detailed they want to make a "basic" plot, different writers have offered a variety of solutions. Here are some of the ones we’ve found: