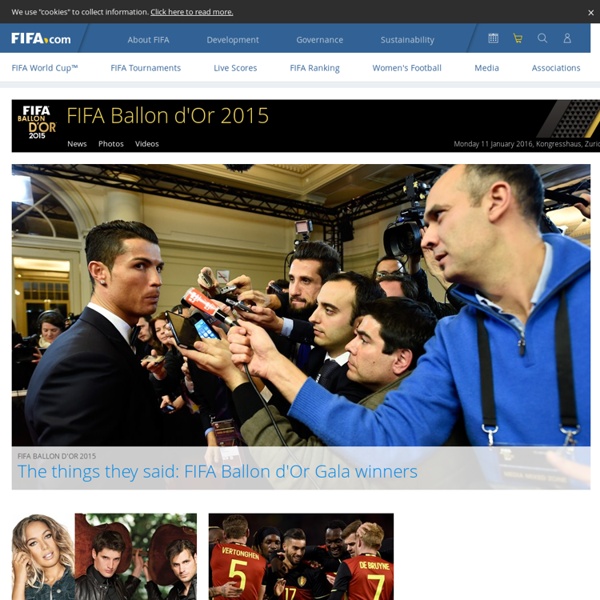 Unknown goalie scores the most important goal in soccer team’s history In 1999, the Carlisle United soccer team from the county of Cumbria in northwest England was on the verge of being relegated down a league. They had to win against Plymouth Argyle or it was a done deal. The score was 1-1, 10 seconds left. Magie du Chaos Un article de Wikipédia, l'encyclopédie libre. L'Étoile du chaos (Chaosphère). Carroll fut également le cofondateur avec Ray Sherwin du Pacte Magique des Illuminates of Thanateros (IOT), une organisation qui continue encore aujourd'hui ses recherches et le développement de la Chaos Magic(k). The Official Site of Major League Baseball The Best Ever Finishes By English Managers In The Premier League For a country which has what many would describe as ‘the best league in the world’ England has never, in the 25 Premier League seasons, produced an English Premier League manager. The debate could rage on for days as to whether the level of coaching, from grass-roots right up to the Premier League, is up to scratch, or whether or not the big clubs are too reluctant to give English managers a chance. At the start of the 2016/2017 Premier League season only four of the twenty managers were actually born in England.

Template:Football kit The purpose of a football kit template is to show the look, feel, and design of an association football (or rugby) kit for both identification and historical purposes. For the most complete listing of templates available for use, see the Football kit templates category on Wikimedia Commons. Also, generic templates are available at Template:Football kit/pattern list. Specification Oldest football clubs The world's oldest clubs playing various codes of football The oldest football clubs trace their origins to the mid-19th century, a period when football evolved from being a casual pastime to an organised, mainstream sport. British Isles[edit] Defunct clubs[edit] Newspaper articles describing the game between the Body-guard Club and the Fear-nought Club, held on Christmas Day 1841 While the first clubs emerged in Britain, possibly as early as the fifteenth century, these are poorly-documented and defunct.

2021 UK and global major sports events: month-by-month calendar Finger’s crossed, 2021 could be a fantastic year for sport. After all of the postponements, cancellations and rescheduling of so many events in 2020, the next 12 months promises to be memorable. Major sporting events taking place this year include football’s Uefa European Championship, the Tokyo Olympics and Paralympics, and golf’s Ryder Cup and Solheim Cup. Also, the Rugby League World Cup is being held in England, the British & Irish Lions rugby union team tour South Africa and for women’s rugby union there’s a World Cup in New Zealand. Other sporting highlights to look forward to in 2021 include the four tennis grand slams, men and women’s golf majors and the Six Nations international rugby union championship.