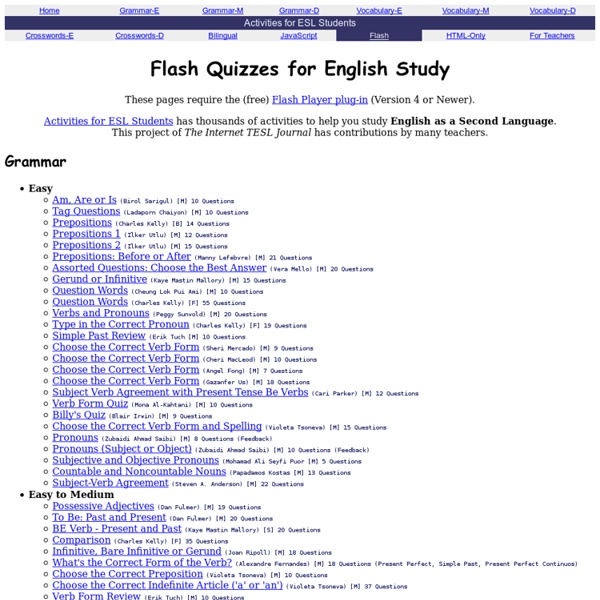 English Grammar Resource Guide English language grammar includes an ever-unfolding set of rules. As a subject of study, it’s more deep than broad: students in the early grades learn a basic overview of the parts of speech and sentence types, and as they advance in grade level, older concepts are broken into more complex systems. In that way, English grammar is like the branches of a tree, with new rules and concepts extending outward from previously learned principles. Source: This resource guide provides an overview of the grammar rules and concepts by grade level, highlighting the new concepts learned at each level:

Words to the Wise: Aesop's Fables Interactive Book The Aesop for Children interactive book is designed to be enjoyed by readers of any age. The book contains over 140 classic fables, accompanied by beautiful illustrations and interactive animations. "Aesop's Fables"—also called "the Aesopica"—are a collection of stories designed to teach moral lessons credited to Aesop, a Greek slave and story-teller thought to have lived between 620 and 560 BCE. Aesop's fables are some of the most well known in the world and have been translated in multiple languages and become popular in dozens of cultures through the course of five centuries. They have been told and retold in a variety of media, from oral tradition to written storybooks to stage, film and animated cartoon versions—even in architecture. The fables remain a popular choice for moral education of children today.

115 Leading Sources for Teaching & Learning ESL – Masters in ESL English is one of the most widely spoken languages on Earth, and is widely considered the international language of business. Knowing at least some English is essential for success in many careers, and it is estimated that nearly 400 million people have learned English as their second language. Learning English opens up opportunities in a way unrivaled by other languages, and people who choose to teach English as a second language (ESL) are providing a great service to their students. Learning and teaching ESL cannot be confined to a classroom.

Action & Adventure Stories "I have both held and beheld unlimited power and of it I know but one thing. It drives men mad." - Alexander the Great. Australian action thriller writer Matthew Reilly used this quote in his brilliant adventure saga "Seven Ancient Wonders". In short, he gave us the ultimate stimulant that triggers off almost all adventure stories.

celebratelanguages.com/english Click on the LOGO pictures below to discover many FREE useful resources for teachers and students. Celebrate Languages The best and most complete English Idioms and Idiomatic Expressions The Cambridge dictionary defines an idiom as a group of words in a fixed order that have a particular meaning that is different from the meanings of each word understood on its own: For example To "have bitten off more than you can chew" is an idiom that means you have tried to do something which is too difficult for you.We have offered you a list of commonly used idioms from A to Z. Be about to do sth be going to do sth immediately I was about to phone him when he walked into the office. That’s about all/it Used to say that you have finished telling smb about sth and there is nothing to add