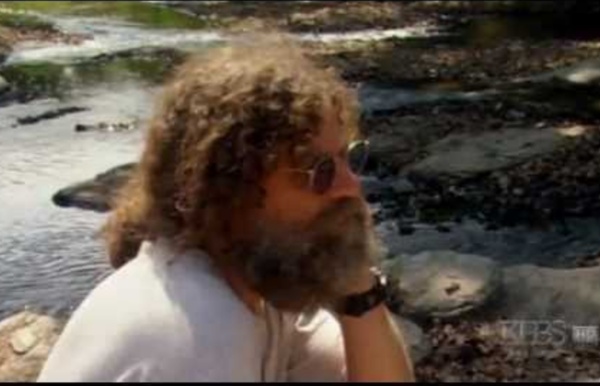 12.08.2009 - Social scientists build case for 'survival of the kindest' By Yasmin Anwar, Media Relations | 08 December 2009 BERKELEY — Researchers at the University of California, Berkeley, are challenging long-held beliefs that human beings are wired to be selfish. In a wide range of studies, social scientists are amassing a growing body of evidence to show we are evolving to become more compassionate and collaborative in our quest to survive and thrive. Hispanic, Black Students Less Likely To Receive Help For Mental Health Problems : HEALTH : Tech Times Black and Hispanic students are less likely to get proper mental health treatment than their white counterparts despite having similar rates of mental health problems, a new study shows. Led by Dr. Lyndonna Marrast, of the Harvard Medical School, researchers examined data involving youngsters under 18 years old and young adults aged 18 to 34 years old.

What Statistics Can and Can’t Tell Us About Ourselves  Harold Eddleston, a seventy-seven-year-old from Greater Manchester, was still reeling from a cancer diagnosis he had been given that week when, on a Saturday morning in February, 1998, he received the worst possible news. He would have to face the future alone: his beloved wife had died unexpectedly, from a heart attack. Eddleston’s daughter, concerned for his health, called their family doctor, a well-respected local man named Harold Shipman. He came to the house, sat with her father, held his hand, and spoke to him tenderly. Pushed for a prognosis as he left, Shipman replied portentously, “I wouldn’t buy him any Easter eggs.” By Wednesday, Eddleston was dead; Dr.

The Scientific Method Scientific method is a body of techniques for investigating phenomena, acquiring new knowledge, or correcting and integrating previous knowledge. To be termed scientific, a method of inquiry must be based on empirical and measurable evidence subject to specific principles of reasoning. The Oxford English Dictionary says that scientific method is: "a method or procedure that has characterized natural science since the 17th century, consisting in systematic observation, measurement, and experiment, and the formulation, testing, and modification of hypotheses." The chief characteristic which distinguishes a scientific method of inquiry from other methods of acquiring knowledge is that scientists seek to let reality speak for itself, supporting a theory when a theory's predictions are confirmed and challenging a theory when its predictions prove false. Scientific inquiry is generally intended to be as objective as possible in order to reduce biased interpretations of results.

A State-by-State List of the Lies Abortion Doctors Are Forced to Tell Women Additional reporting by Leila Ettachfini. When she worked at an abortion clinic in South Dakota, Dr. Diane Horvath-Cosper was legally required to tell prospective patients that there was a chance that abortion would increase their risk of breast cancer and suicide. Immediately afterwards, she'd tell them that neither of those statements had any actual basis in medical science. "What I would say was, 'The state requires me to give you this information. If ‘Pain Is an Opinion,’ There Are Ways to Change Your Mind It’s not a cure all. We can’t think away all pain. For one, we don’t fully control our thoughts. Just as you can’t relax when told “to just relax,” you can’t become pain free just by telling yourself your brain is exacerbating your pain. Even the happiest, calmest optimists experience pain.

What Is a Consensus? What Is a Consensus? Anyone who has ever pointed out that a scientific consensus exists on a certain matter has probably been meet with laughter and derision. The word consensus has practically become a punchline. It is reminiscent of the famous corollary to Godwin’s Law which states that the first person to mention Nazis has automatically lost the argument; so it frequently goes with the first person to mention consensus. So many highly visible personalities deny and deride scientific consensus that the term has, in popular usage, become synonymous with a fatally weak argument. A common criticism I hear of scientific consensus is “science should not be decided by a vote”.

Varys, Game of Thrones, and the Modern Eunuch Thanks to a popular character on the exhilarating HBO fantasy series Game of Thrones, many viewers are learning the meaning of the word "eunuch" for the first time. The term describes a man who has been castrated, his testicles either removed or rendered nonfunctional by chemical means. In the show, the castrated Varys serves as the "master of whisperers": a cunning and calculating spymaster. Impervious to the lustful wants and weaknesses of other men, he is "sly, obsequious, and without scruples." Despite its overall awesomeness, Game of Thrones leaves the incorrect impression that eunuchs are relegated to a fantastical, bygone era. In reality, there are more castrated men alive today that at any other point in history.

What’s so fascinating about weird children’s TV shows? - BBC Future “We were watching a whole lot of SpongeBob in lab meetings, and I felt I just couldn’t get any work done afterwards,” Lillard recalls. “I thought: ‘If that happens to me after watching it, I wonder what happens to four-year-olds.’” This prompted her to start a new study, looking at the impact of television viewing on children’s executive function – a set of cognitive abilities that include focusing attention, planning, deferring gratification and managing emotions.

Science was wrong before The phrase "science was wrong before" (or variations thereof, such as "science has been wrong in the past") is a rhetorical bullshitting technique often invoked by cranks to reject scientific consensus ranging from evolution to global warming. It usually works like this: It is an example of the continuum fallacy. [edit] Flaws Usually (or at least often) "science was wrong before" is used to defend the existence of a disproven phenomenon - a bit of alternative medicine, perpetual motion, crank theories of everything, faster-than-light travel... the list is really endless for where this has been applied before.

How False Narratives of Margaret Sanger Are Being Used to Shame Black Women - Rewire In the wake of the attacks by the Center for Medical Progress, Planned Parenthood’s origins and its founder, Margaret Sanger, have once again become the center of conversations regarding Black women and abortion. And since anti-choice fanatics seem utterly incapable of making an honest argument in support of their position that Black women should be forced into childbirth rather than permitted to make their own decisions about what to do with their bodies, they resort to lies, misinformation, and half-truths about Sanger and the organization she founded. Anti-choicers wield misattributed and often outright false quotes about Sanger as weapons to shame Black women for exercising their right to choose, and even more nonsensically, to shame them for supporting Planned Parenthood. “Margaret Sanger was a racist and a eugenicist! She wanted to exterminate the Black race!” Such is the clarion call of these anti-choicers.

If this has been super-decade, why are we still so angry? Editor’s note: The opinions in this article are the author’s, as published by our content partner, and do not necessarily represent the views of MSN or Microsoft. © ap A "Happy New Year" hat lies on the wet ground along with other items following the celebration… There is a strong case to be made that things are getting better. Load Error In 2010, Matt Ridley made the case in "The Rational Optimist" that things were better than they appeared.

Study Links Tobacco, Tea Party, Climate Denial,… and Fox News. The anti-science movement is rooted in the decades old realization among conservative corporate and political entities, that the findings of science were not always compatible with the economic interests of the wealthy and powerful. (read this post first for background. If you still have 17 minutes, the video above is worth your time) The publication of an exhaustive investigation into the origins of a tobacco funded anti-science movement got headlines last week, as clear lines can now be drawn between corporate pirates like David Koch, the Tobacco barons, and “grassroots” movements like the Tea Party, all of which are prominent in the climate denial movement.